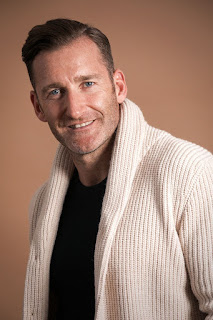 Mercy: Can you share a little of what you’ve been up to since we last chatted?

Paul: Well, to be honest, its been far from what I expected. I was hoping that 2020 would include a lot of touring and had loads of plans for performances throughout the States and beyond. However with he pandemic taking a choke hold of the world, those plans went down the drain. So rather than feeling glum and sorry for myself, I decided it was time to redevelop my website, set up a march shop and then most important, hit the recording studio. So it has turned out to be a hugely productive year. However not a year my accountant will be all to impressed by!!

Mercy: You first begun the process of creating “What I Did For Love” at the beginning of the pandemic, what was it like creating music in these unforeseen times?

Paul: It was very unusual and somewhat challenging. However, with modern technology, anything it seems is possible. I have always taken great pride in using Irish orchestras in past albums, however the restrictions here made that very difficult and costly. SO I had to look further a field if I had intentions of getting it done this year. Which, I believed was the right time, more than ever to do so. People Are hungry for new music. I ended up using a world renowned orchestra in Prague and they were fantastic. Better than I hoped for, and I think people will be impressed by the sounds and magic they brought to the table. However, I am proud that I was able to add additional musicians and they were from Ireland. My producer and arranger is Irish too, so I have brought some work home which I take great pride in.

Mercy: You obviously can’t tour like you normally would, with a new album. Will you be planning a live show to let fans hear the new music?

Paul: So because I haven't been able to tour the past 9 months, I’ve been doing a few online concerts on STAGEIT.COM which have been very popular. It keeps me in contact with the fans and people from throughout the world tune in, so that’s a lot of fun. Im amazed at how far the reach has gone and am always hugely appreciative of the Australians that wake up at ungodly hours to watch me and support. I am hoping to do a very special Christmas one this year and all details will be on my website www.paulbyrom.ie 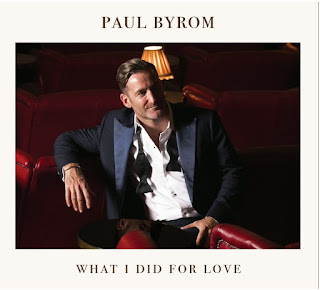 Mercy: What was the inspiration for this album?

Paul: Well I turned 40 last year, and it was a milestone year. So I found myself looking back on my life. The high’s and the low’s. I found that there were songs I was choosing to sing or listen to based on that. So I thought it would be nice to an album of songs that represented me as a person at 40. So each song has been chosen for very special reasons and milestones or memories in my life.

Paul:  O God, I can’t pick just one as they are all personal favourites of mine and songs I wanted to record for many years, especially with a 65 piece orchestra. I particularly love IN MY LIFE as it encapsulates a man being reflective on the past. The arrangement is stunning and the lyrics are simple but effective. Thats why I chose it to be the last song. Leaves you with a sense of …..ahhh

Mercy: How are you, as an artist staying busy while unfortunately having to take this time off the road?

Paul: Well with the album and website I have been more busy than ever. I have used the “down time” to get things done that I had put off for a long time. It has been a hugely constructive year for me in many respects.

Mercy: What is one of the most important things you’ve learned in your career?

Paul: I’ve learnt a lot, as I’ve been in the game since I was 14. I have learnt to trust few, and be trust worthy. Keep going if you want it hard enough, and most importantly, value yourself. Others may not, but no one will if you don’t. 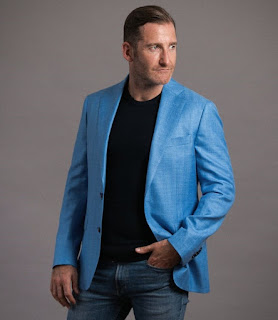 Mercy: What are three things you can’t live without?

Paul: My dog, my soccer team Liverpool and my loved ones. Everything else I can do without

Mercy: And lastly in your own words can you share a little about your upcoming album and when it’s releasing?

Paul: This is without the biggest undertaking I have ever made. It is the biggest album I’ve produced and its the first that I have done all on my own. With a huge orchestra and songs that you all know and hopefully love, I think its something many will enjoy. If not, I give up!!!!!! Its available on November 27th on all platforms

Keep Up With Paul- 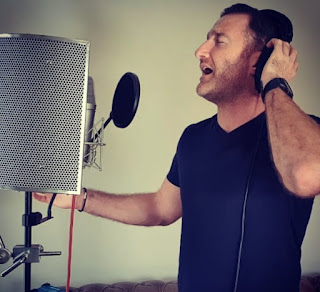