The Perfect Tongs Can Change an Entire Event for the Better 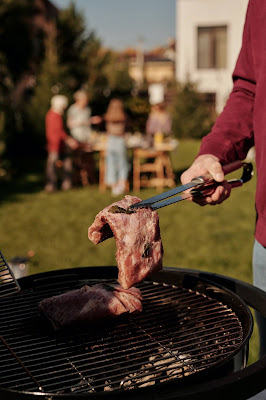 People who are planning dinner parties might be interested in new kitchen tongs. Certain meals and side dishes look even more appetizing in appropriately decorative containers. Many people choose large glass bowls when they're serving salad, for instance. Tongs can be just as decorative, especially when they're paired with certain bowls or plates. Someone who is setting up place settings or a food station at a big event might actually need several different sets of tongs.
Buffet Tongs
Some people choose to set up buffets at different events. They might also choose to use buffets at their own dinner parties. Giving guests the chance to get food for themselves can make things easier. Buffets of all kinds tend to have a cheerful and energetic atmosphere. Customers who are interested in these sorts of events will specifically need buffet tongs.

These tongs have an elegant simplicity to them. They're smooth and flat at the ends, and their shape is triangular. Food isn't going to get trapped in these tongs because of the even surface. It's possible to use these tongs to easily handle a wide range of different dishes with very different textures. The people who are serving food from various bowls on the table might need other types of tongs. 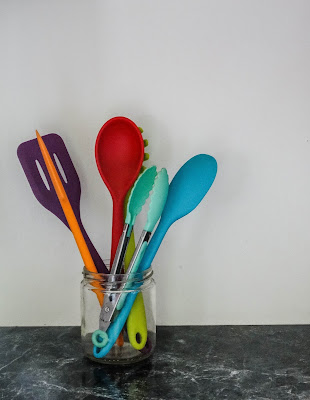 Salad Tongs
People sometimes use salad tongs for other food items. These tongs were made with a smooth side and a forked side. This design makes it possible for people to grab large lettuce leaves easily, while also scooping up some of the smaller items in the salad. The tongs will work just as well with dishes that have a similar texture, as long as the specific contents are not overly fragile.

Some salad tongs need to be handled relatively carefully. People have to know which side of the tongs they're using when they're trying to scoop up the chopped carrots, tomatoes, olives, and other smaller items within the larger salad bowl. Salad tongs were also designed to grip relatively large quantities of lettuce at a time. Their handles are relatively narrow, which might make them relatively less comfortable for some people to use. They'll work very well in certain contexts. However, there are other types of dinner tongs that are more versatile.

Paddle Tongs
These sorts of tongs are being used more frequently today. They're made from bamboo, which is a material that is being used in an increasing number of household products today. It's a sustainable material, especially compared with many types of wood. Bamboo grows incredibly quickly while using comparatively few natural resources, making it a great choice for the people who are trying to manufacture lots of housewares.

Paddle tongs can seem more welcoming than many other types of tongs, especially the purely metallic ones. They're made using perfectly natural materials, which a lot of people like. There are custom tongs available for people who want tongs with a very specific appearance. The paddle tongs are just as easy to handle as many other tongs, but many people will still prefer the paddle tongs.