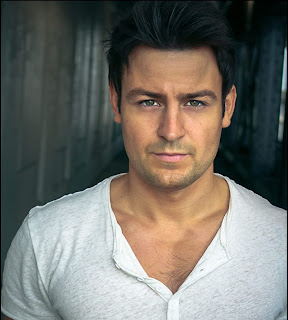 Mercy: Can you share a little of what you've been up to since we last spoke?
Tyler: Since last Christmas, we did this movie that's coming out, 12th Date Of Christmas. I did Winter In Vail with Lacey. We actually shot it in Vail, it's beautiful there. It was really quiet, it was kind of like we had Vail to ourselves.
I did Letterkenny, which is a show that is on Hulu, with some friends of mine. I shot a project with some other friends of mine that are making a new take on Star Wars in the desert. We shot that in the Mojave Desert which was fun. And I drove my motorcycle around. That's pretty much it, wrapping up the year.
Mercy: With everything going on, have you been able to relax instead of filming constantly?
Tyler: Yes. I think a lot of people feel as though... it's been tough, for sure. Everything came to a screeching halt at the beginning of the year but I think there's a silver lining to it all; that everybody takes a moment to reassess and recalibrate. I was just talking to someone the other day and we were looking through photos and just kind of had the realization that it was kind of nonstop prior to this pandemic and then the pandemic obviously brought everything to a halt. Which I was very grateful for in some ways, or am trying to be. As I said, I can recalibrate, sort of refocus. We can all humble ourselves a little bit to really focus on what's important, hopefully. All while trying to keep our lives afloat because obviously it's not easy for a lot of folks. 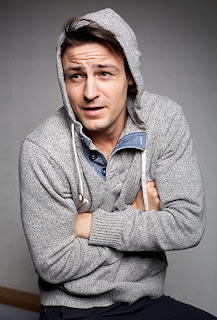 Mercy: Yeah, I was just talking to Andrew (Walker) and he mentioned they were able to move their juice business online and recently Little West got into Whole Foods!
Tyler: Yeah, it's tough but he's a hard worker. His movie is premiering tonight, right?
Mercy: Yes, Sweet Autumn.
Tyler: That's great! And then my movie is premiering the first look at it while his movie is airing which is fun.
Mercy: Oh, cool!  Kind of switching topics here *laughs* What role have you played that spoke to you the most?
Tyler: When I was like 15 years old, I did this movie. It was a true story about a kid named Jonathan Wamback that was attacked by some other kids and was put into a coma and suffered a brain injury and I remember that story, meeting Jonathan and playing him in this movie, it being somewhat of a profound experience. I'll say that one.
Mercy: So how many years have you been acting?
Tyler: Since I was seven. I'm 34 years old now so many years! *laughs*
Mercy: Who are some of your acting influences or some of your favorite actors?
Tyler: I think Daniel Day Lewis is certainly talented and good at what he does. One of my favorite movies of all time is a movie called Phantom Thread which was the last movie he made. I think Tom Hardy is really incredible.
There's this actor in a show called Outsider, its an HBO show. Something he does, his career really ignites me. He's an Australian guy, I love this dude. His name is Ben Mendelsohn.
Brando is also incredibly inspirational.
Mercy: If you could play any role in any movie from the past, who would it be?
Tyler: That's tough because you think to yourself, "I don't want to be in my favorite movies because I'd ruin my own movie that I like."
It looked like a lot of fun when they were making the movie Fight Club. So Brad Pitt's character in Fight Club, I remember when I was younger it always kind of stuck out to me. I've watched a lot of the behind the scenes form that movie and it just really looked like a fun experience despite the fact that it was a darker, heavier movie. Actually, you know what? I'm changing my answer. My answer is James Bond. That seems like the greatest job ever. You got to shoot in the most luxurious places, beautiful cinematography. James Bond seems like a beautiful gig to have.
Mercy: Can you share a little about your upcoming Christmas movie?
Tyler: Absolutely. Mallory Jansen is the star of the movie. She's new to Hallmark. Very talented. It also stars a little lady named Zoe Fish who is maybe the most adorable human being in the world. She's pocket-sized. She plays my niece. People are going to love the two of them a lot in this movie. It's a fun little adventure. It's got humor in it, it's got some really nice Christmas vibes. I haven't seen it yet but I think people will like it.
Mercy: Are there any behind the scenes/on set stories you could share?
Tyler: That's a good question. There's a scene in the movie that is a very long scene. I am potentially being a little not nice to Mallory's character and it was the first day/first scene that we shot of the movie. It was a long one. There was something about it that was kind of feeling a little funny and I decided to make it about the props in the set. I decided to make it about that. And the director was laughing a lot behind the monitors on those scenes so I think it's going to be in the movie. I didn't like the scene, I wasn't enjoying it at first, and then I decided to make it about something else and it made it a lot more fun for me.
Mercy: And then, lastly, do you have any upcoming projects you can share about?
Tyler: Yes! This one is coming out November 1st on Hallmark. Its the 6th in Canada on the W Channel. Then there is a World War II movie that I shot that is coming out the 10th of November on Veterans Day in theaters nationwide. It's based on true events. It's a really suspenseful and emotional journey about this small group of soldiers (I portray the sergeant and potentially not a nice man). 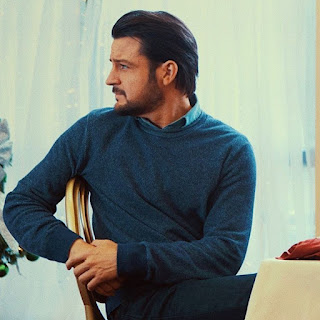 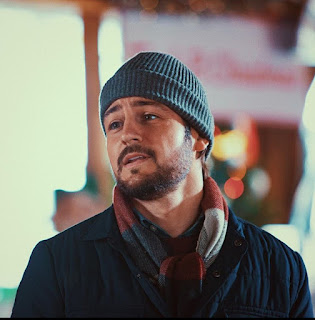