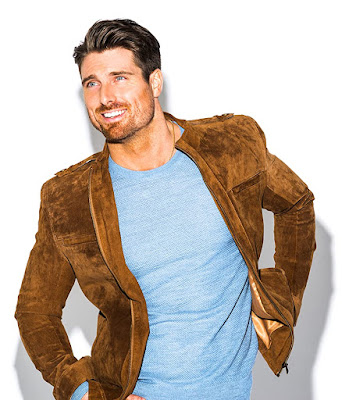 Mercy: Can you share a little bit about yourself and how you got started in acting?
Marcus: Well, I was the product of a single-teenage-mother. We moved around a lot in Western Canada before settling in the small town of Sherwood Park, Alberta just outside of Edmonton after my mother got married. I was a big jock that never dabbled in art/music/drama. Once I graduated I took a trip to New York City and saw some Broadway shows with my Mom that sparked an interest in acting. From there I went to Vancouver Film School and after several failed attempts at staying in Vancouver (it was really hard leaving my hometown to go somewhere I knew nobody) I finally moved out for good at the age of 21 and met Andrew Mcilroy, a local acting coach who would give me the guidance and encouragement I needed to grow this dream into a career.
Mercy: If you could play any role in any movie from the past, who would it be?
Marcus: I'd try and tackle the title role in Jerry Maguire. That movie had a big impact on me as an athlete growing up. The way he walked and talked and hustled in that performance was so cool to me. For a long time I thought I wanted to be a sports agent afterward. Turns out I wanted to be an actor who could play a sports agent.
Mercy: What can you tell us about your role in Love On Harbor Island?
Marcus: Well, his name is Marcus so it was a major leap for me...joking. But seriously my friend and rising filmmaker Lucie Guest wrote the role with me in mind so when it came time to do the movie I think we just thought it would be funny to not change the name she had been using. I play a charming jack of all trades; a pilot who runs a dog rescue and comes equipped with the requisite carpentry skills needed to fix an old inn and woo a pretty lady.
Mercy: What was your favorite part of filming Love On Harbor Island? Any behind-the-scenes/onset stories you can share?
Marcus: My favorite part was what it always is: creating and collaborating with other people. I've known Lucie for a few years so it was great to see her command the set and turn out what I think is a fantastic romance movie. Morgan I had never met but became one of my favorite collaborators. Emma Cam who is so sweet in this movie and has a great career ahead of her. Just a lot of wonderfully talented people. 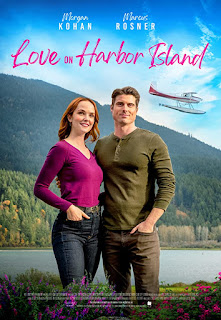 As far as on-set stories I can think of dozens of takes that were sabotaged by the dogs. And it was hilarious. Dogs are like the ultimate improv actors. They are as natural as you can be (because they don't know they're shooting a movie) and as unpredictable as you can imagine (because they don't know they're shooting a movie). It was a lot of fun to work around them.
Mercy: Most rewarding aspect of being an actor?
Marcus: Well, a fact of life that I think all people struggle with at times is that whatever path you take it requires the sacrifice of other possibilities. I could have been... What if I had done... Without a doubt I've chosen the life that makes me the most happy but I know it's something I think about and this career lets me walk in the shoes of other people now and then. I like that.
Mercy: If your life was a movie, what would the title be?
Marcus: The Man In The Middle.
Mercy: Any other upcoming projects you can share about?
Marcus: I'm tackling a lot of writing/producing projects right now that will hopefully have some updates in the months to come.
Connect With Marcus-
Twitter
Instagram
IMDB