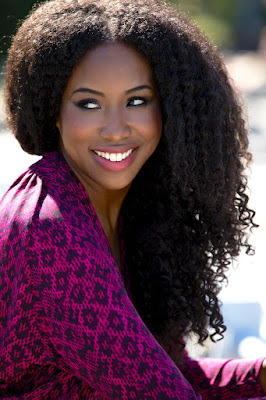 Mercy: What started your interest in acting?
Malaika: Well I first got a taste of the limelight when I won the Miss. Caribbean Canada pageant when I was in high school. I entered the pageant after being scouted by a pageant coach a McDonalds in my home city of Toronto. I decided to do because my mom really wanted me to. I was totally shocked out of my mind when I actually won. I couldn’t believe it! A few years later, while on vacation in Vancouver, I was asked to audition for a show called “969” on MTV Canada. I ended up getting the job and staying in Vancouver for two years to film the show. It was a really exciting experience. During that time, I met an agent who pursued me to try acting. After MTV I decided to go back to finish my post-secondary studies and later moved back to Vancouver where I reconnected with the acting agent who convinced me to give acting a shot and take it more seriously so I gave it a shot! I’m so happy I did. I’m now doing acting full-time and it was definitely the best decision I ever made!
Mercy: What is the most rewarding part of being an actor?
Malaika: The best part about acting is helping the story and vision come to life via my artistry. I
also love being able to play with my instincts and put them through the character. Being
on set makes me really happy, not just because I get to do acting, but also because I’m
surrounded by a bunch of other creative people as well. Everyone has such an
important job to play in every production- such as lighting, props, producing etc. It’s
amazing to be in an environment where I’m truly watching everyone live their dream as
well. Generally, people are so happy on set and that energy is infectious. I feel blessed
to be part of it all!
Mercy: What was your favorite part of filming The Baby-Sitters Club?
Malaika: I would say it was definitely being able to work alongside Alicia Silverstone, whom I admired ever since she starred in the movie Clueless. She plays the mother of the club president and
series protagonist Kristy. It was so much fun to work with her. She was so nice, laid back and
cool to talk to. We had some great talks about her book she wrote, her love for vegan food and
healthy lifestyle living. I learned so much from her as an actor. Working on The Babysitter’s Club
was definitely amazing and an experience I will never forget! 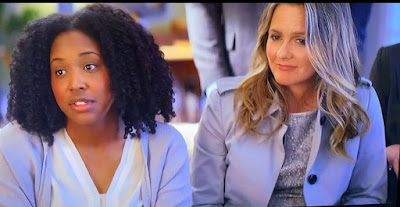 Mercy: How can we ( myself and my readers) find out more about The Baby-Sitters Club and
when it will be available?
Malaika: The Baby-Sitters Club is an upcoming American web television series based off Ann M. Martin's children's novel series of the same name. It is a reboot of the 1990 HBO television series and
follows the friendship and adventures of five middle-schoolers as they start a
homegrown babysitting business in Stoneybrook, Connecticut. I play a neighbourhood parent
named Mrs. Papadakis. I worked alongside Alicia Silverstone, who plays the mother of the club
president and series protagonist Kristy. It was so much fun to work with her. The episodes
started airing on Netflix as of July 3 rd of this year so go get your popcorn and start watching
Season 1! ....(laughs)
Mercy: What is one thing most people don't know about you?
Malaika: The absolute lowest point of my life was when I was in high school. I was constantly bullied and made fun of in high school. I was really skinny, with braces. No boys wanted to date me. I had an awkward appearance and was put down by the boys and girls in my high school on a day-to-
day basis. I was so unhappy and upset every day that I lost all hope. It was an extremely
negative time for me. My grades started slipping, my teachers were worried about me. I sunk
so far into a depression that I even thought about suicide. If it wasn’t for being scouted in Mc.
Donalds by a local pageant scout and encouraged to do the pageant, I don’t know where I
would be. Winning the pageant not only gave me confidence, it literally saved my life. Now,
after a successful career in media, I really enjoy giving back to women who are trying to break
into the entertainment industry. I know the feeling of not believing in yourself. Nothing brings
me more joy than seeing other people succeed!
Mercy: Any other upcoming projects/things you can share about?
Malaika: I’m super happy to announce that I have two movies coming out this year: Little Fish & Flora and Ulysses. In the movie Little Fish, I play a clinician. It’s about a couple who
fights to hold their relationship together as a memory loss virus spreads and threatens
to erase the history of their love and courtship. It’s a pandemic movie! How coincidental
in 2020 right? The second movie that’s coming out this year is Disney’s Flora &
Ulysses, it’s about the adventures of a young girl and a squirrel with superpowers. I play
an animal control officer. Both movies have been delayed due to Covid-19 but are
scheduled to come out sometime this year!