Fun Games for Families - Quarantine and Beyond

We were supposed to do a whole month of craft posts, but majorly got sidetracked with the Covid-19 quarantines.  We have had to change several things that were planned this month.  I am not complaining, it has not been overly difficult, but we had a pup that was supposed to fly out to Oregon and the flight was cancelled, indefinitely. Two of our daughters were heading out to work at the Creation Museum, and that has been put on hold.  Overall though, we are doing well and making adjustments to our schedules.  One thing we have been doing is finding activities to fill up extra time.

We have been having a game night or afternoon several days a week.  We received a few games from PlayMonster.  We LOVE them!  We have played Relative Insanity.  The entire family enjoyed this game.  I did pull some cards we felt were not necessary in a family game, which is easy to do.  Otherwise a hysterical game to play!!  I think we all decided the more outrageous the answer sounded the better.  Below is an example of some of the cards.  One player reads the Red card and the other players choose from the cards they have been dealt an "appropriate" answer.  They turn them in and the original player reads them out loud and chooses a winner.  Next turn another player reads the question and so on.  The answer can get really silly. 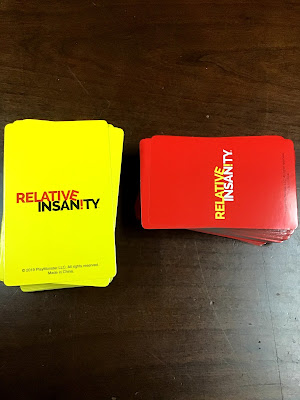 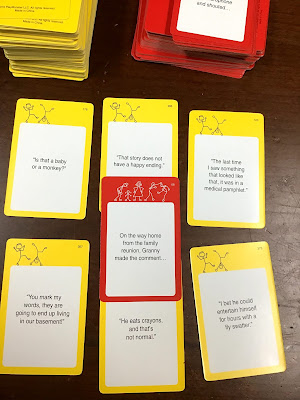 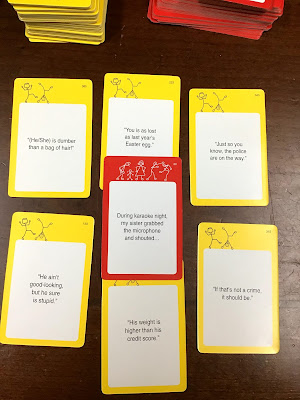 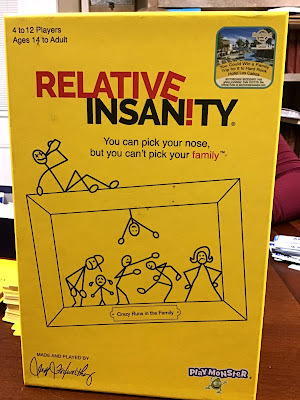 We also pulled out our older game from PlayMonster, called the Logo Game.  My daughters became frustrated because I new more of the answers than they did.  Mainly because I remember old commercial jingles and such....but, when it came to more modern logos they definitely had me beat.  Below is the game board. First one in the Winning Zone wins. Each card has a subject on the front, many of which are just Potluck, while others focus on one company or niche.  On the opposite side of the card are four questions each with one of the four colors on the board.  When you answer correctly you move to the next available spot on the board matching that color. 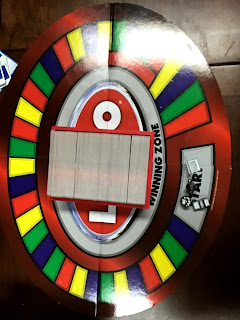 A couple examples are, "What two colors appear twice in the Google logo?" And "What does the D in DC Comics stand for?"  The game really gets hopping at times. 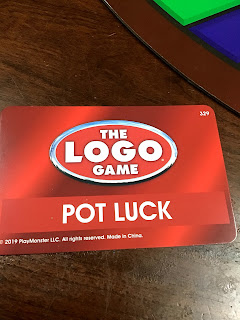 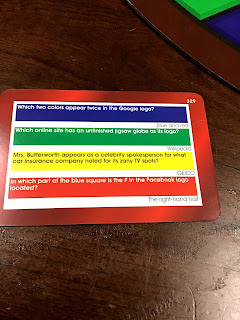 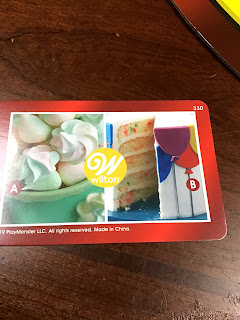 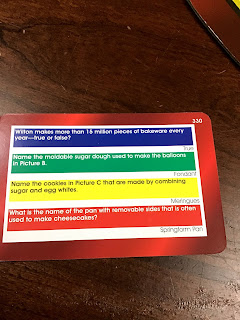 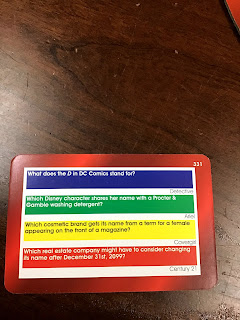 Any one of these games would be a good choice for a family evening with young teens to adult ages.

PlayMonster has exciting games for the younger generation as well.  Orangutwang is one of the fun games for the younger crew.  I have to admit I jumped a few times when it went off.  Basically you roll the die and slowly hang fruit and friends on the orangutan until he pops in the air and sends everything flying.  A simple yet fun game to play and no batteries required.  This game is designed for ages 4 and up. 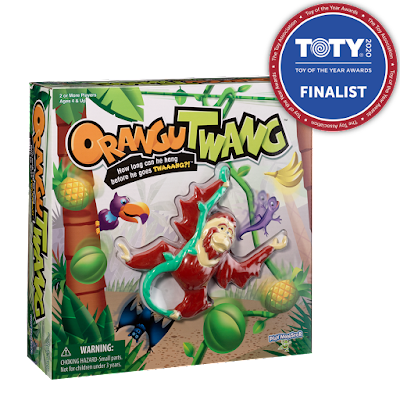 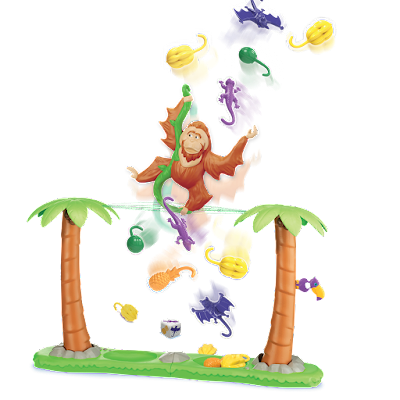 So while you and your family are spending more time at home, pick up a couple of fun games to play together.  Let's make this a time of drawing closer to our families.