Interview With Ben Rosenbaum | When Calls The Heart Season 7 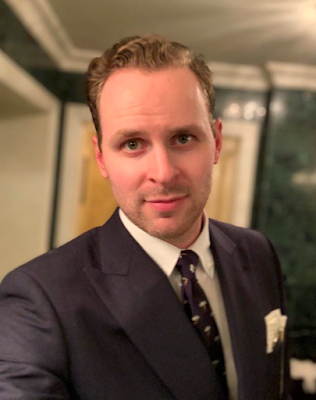 Mercy: Can you share a little of what you’ve been up to since we last chatted?
Ben: It’s been a while since we last chatted! I turned another year older; I did a bit of traveling with family and friends on a few different occasions, including to Hawaii and New York; I took up Jiu Jitsu thanks to Martin Cummins; and of course I filmed season 7 of WCTH!
Mercy: If you could play a role in any movie from the past, who/what would it be?
Ben: This one is a tricky question, because all of the roles and films I most admire are ones that I wouldn’t want to alter or change by placing myself in them. Does that make sense? But I’ve always liked the idea of being in a movie based around a team of people because I have heard that those actors often form the same bonds off screen that they portray on screen—war movies, sports movies, heist movies, the Avengers, etc. I’d really like top be part of an epic team effort, those seem like the most fun!
Mercy: What is the most rewarding aspect of being an actor?
Ben: The most rewarding aspect of acting to me is when I get to pull off some successful collaboration, either with a scene partner or with an audience (who are very much part of the equation in live theater). Those fleeting connections where it feels like something vital has been communicated between people is like no other feeling I’ve found. It is difficult to articulate, it is a sort of intangible but unmistakeable feeling of energy being passed or shared. Have I lost everyone? I promise the rest of my answers won’t be so esoteric. 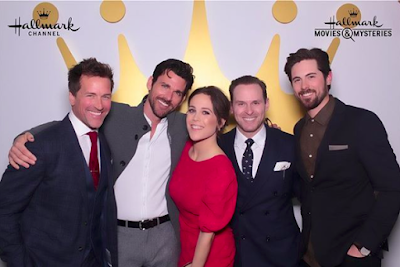 Mercy: What do you like to do onset in your free time?
Ben: Most of the time I’m hanging out with my cast mates passing the time with conversations and visits to craft services for snacks. If I have a really long wait in my trailer I’ll watch something on my iPad. I’ll also usually find some time to meditate as well. Just depends!
Mercy: What is your all time favorite Christmas movie?
Ben: Traditionally I would watch White Christmas with my mom and brother growing up, though more recently that’s been replaced by the likes of Love Actually and Elf. Do the new Star Wars movies count? They’ve been coming out at Christmas time, so those are what I’ve been seeing at Christmas over the last several years...
Mercy: Favorite Christmas song?
Ben: It’s really tough to choose, but I think I settle on Carol of the Bells. The whole 1986 Johnny Mathis album “For Christmas” is my favorite. 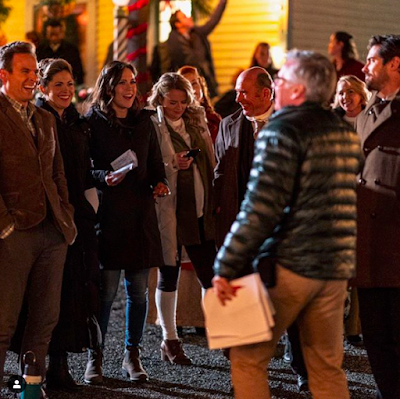 Mercy: Anything you can share about season 7 of WCTH?
Ben: You’re going to see Hickam eating and drinking A LOT this season. At least that’s how it felt while filming!