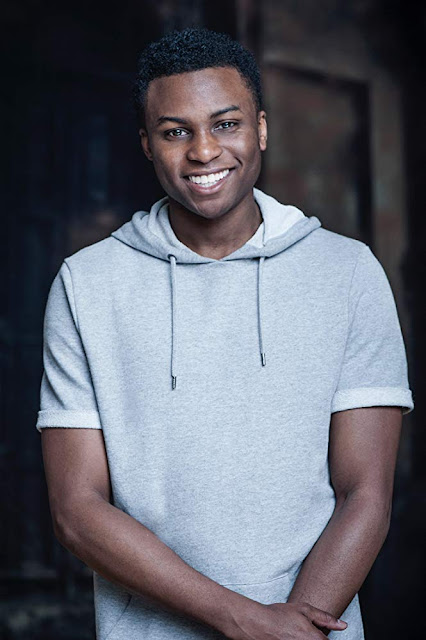 Mercy: For those who may not know much about you, could you share a little bit about yourself?
Ryan: Yes! I am originally from Toronto (born and raised). I lived there for the last 26 years of my life, I moved to Vancouver, BC in 2018. I had never been here before so I decided to hop on over and just see how things were in this side of the country.
I have an older sister, she is about 12 years older then I am. I have four nieces and nephews and then my loving mother who still lives in Toronto. That's kind of me in a nutshell.
Mercy: What made you want to become an actor?
Ryan: So, in the fourth grade I was watching an episode of The Fresh Prince Of Bel Air and I remember this one episode really stood out to me- at the beginning of the episode where uncle Phil was dancing with his little baby boy and Will Smith's character ran down the stairs and yelled something at him in a joking manner, uncle Phil was a larger gentleman and he was making fun of his weight.  Something just clicked in me and I found that hilarious and I turned to my mom and my sister and said "that's what I want to do, I want to make people laugh like Will Smith" and my mom was kind of hesitant on it; she was like " no, its not a real job" so I just said okay and moved on. Through the years I kept it in the back of my mind but I was trying to figure out what I wanted to do with my life. And then, in the 10th grade a girl broke my heart and I was like "you know what? I'm going to become famous" and remembered acting. So two stories that did it for me.
Mercy: If you could play any role in any movie from the past, what would it be?
Ryan: I've never thought about that... I would say Peter Parker in Spiderman. For myself I actually have a dream to be the first ever black Spiderman, ever since I was a kid I've always wanted to be Spiderman.
Mercy: What do you like to do in you free time?
Ryan: I enjoy playing video games, I love reading, writing, one of my favorite things to do is come up with comedy skits or stories that I would love to tell when I get more money. Hanging out with my family and friends when I can.
Mercy: Can you share a little bit about your role in the When Calls The Heart Christmas movie?
Ryan: Oh most definitely! My character's name is Walter, he's a salesman and basically he's traveling from town to town trying to sell his wares and make a name for himself as a salesmen. 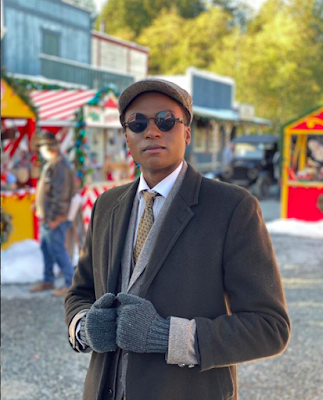 Mercy: Was this your first period piece?
Ryan: Yes, this was the first period piece that I've had the opportunity to be a part of!
Mercy: If you had to live in the early 1900s what is one thing you could not live without?
Ryan: That's an interesting one. I don't know why but maple syrup comes to mind. I love pancakes and I don't think I could live without maple syrup.
Mercy: If you could go back in time and attend one historic event, what would it be?
Ryan: Oh it would be marching with Dr Martin Luther King.
Mercy: What is your all-time favorite Christmas movie?
Ryan: It's between the original Rudolph The Red Nose Reindeer and Elf
Mercy: What is your favorite Christmas song?
Ryan: Jingle Bells "laughs" Jingle Bells all the way!
Mercy: Favorite Christmas tradition?
Ryan: I love putting up the Christmas tree with my sister and her kids.
Mercy: What is your must-have Christmas food?
Ryan: Ham, smoked ham.
Mercy: Lastly, any other upcoming projects you can share about?
Ryan: Yes. In the early New Year I will be making a little appearance in Bat Woman
Ryan Rosery's Links-
Facebook
Twitter
Instagram
IMDB 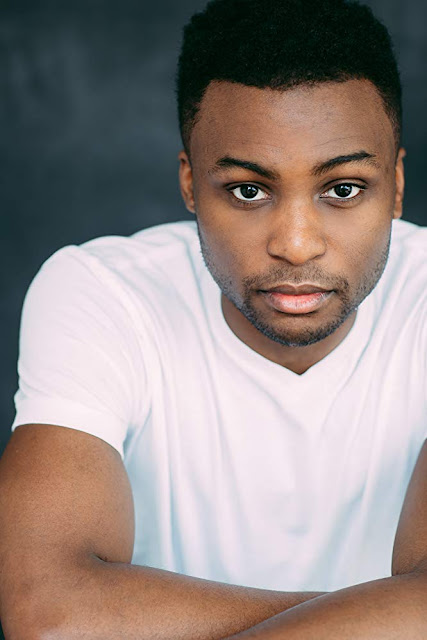