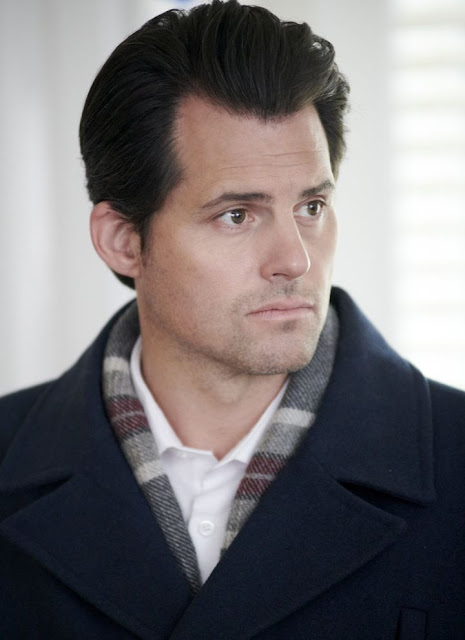 Mercy: Can you share what you've been up to since we last spoke?
Kristoffer: Last time we spoke I was driving in beautiful British Columbia working on installment two or three of Mystery 101 and of course we completed that and its already aired as well as installment four.
As soon as that wrapped I went home to Los Angeles for the Summer TCA's, for the Hallmark aspect of the TCA's while I was there I got the offer to do Double Holiday for them which is the first one they picked up, (they've made another since) but it's one of two Hanukkah inclusionary holiday films. What that means is that while its a lot of the same formula as most Hallmarks Christmas/holiday movies these also incorporate Hanukkah, mine specifically I can't speak for the other one. Double Holiday specifically incorporates Hanukkah which is cool.
It's about a guy and a girl who are at odds with each other at work and are tasked to throw a party. My co-star is Carly Pope who, hers' and my IMDB page is very similar. We're workers who have just done a ton of stuff over the years and been on like, everything. Her character and my character don't really see eye to eye and they're both competing for the same promotion at work. You come to find out that she's Jewish and her family celebrates Hanukkah and my character ends up crashing the first night of Hanukkah and meeting her family. We get to go through the eight nights of Hanukkah with her and her family and learn all about the traditions. It's a lot of fun. He gets to see where she shines and then I don't know Mercy, maybe they fall in love? 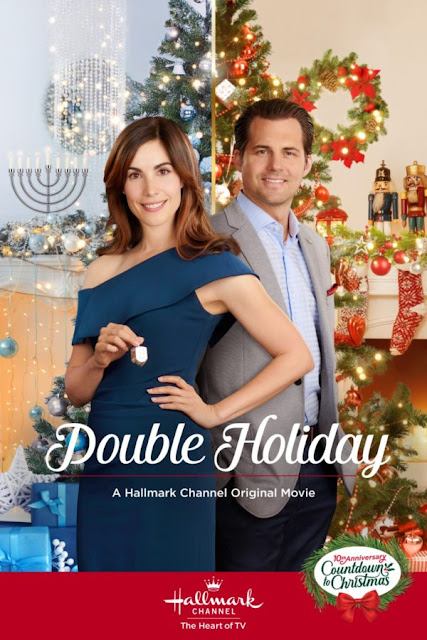