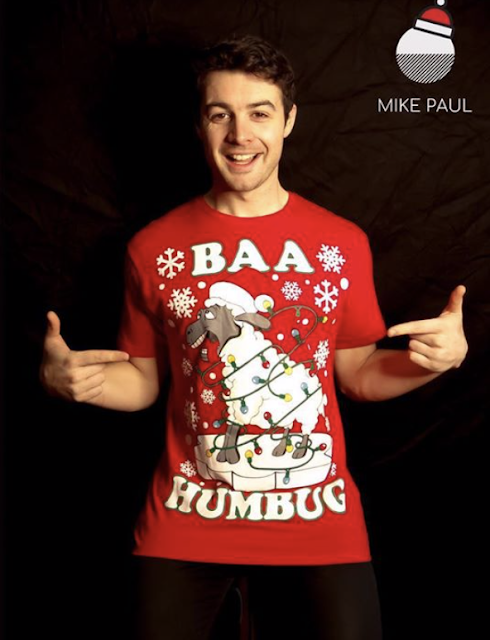 Mercy: What is your favorite Christmas tradition?
Mike: One of my favorite Christmas traditions that we used to have every year when I was growing up was an old mixed cassette tape of Christmas music. We used to play this particular tape every year from when I was born, up until probably just before I went off to college. We had a cassette player in a cabinet under the TV that used to only come out at Christmas. The tape was full of Christmas Classics and it’s funny because we got so familiar with the tape over the years that everyone in the house would instantly know what song to expect next when one finished. I think the tape either got lost over the years or it broke over time but to this day if there’s a song we hear on the radio that was on the tape we always expect a particular song to follow and we’ll all sing it in unison. It’s a nice thing to have.
Mercy: What is your favorite Christmas memory?
Mike: I suppose you could count the mixed tape as a Christmas memory too, seeing as we no longer have it. But I’d have to say my favourite Christmas memory is probably the year I got my first electric guitar. I don’t think I put it down  over that whole Christmas holiday. It was a lovely black and white Stratocaster that came with a little amp. I think I wrote some of my first ever songs with it too.
Mercy: Favorite Christmas movie?
Mike: I think my favorite Christmas movie is Scrooged, the one where Bill Murray is the head of a TV Station. It makes me laugh every time I watch it. The part where he meets the ghosts of Christmas present and she hits him with a toaster, I can actually feel a chuckle coming on thinking about it. 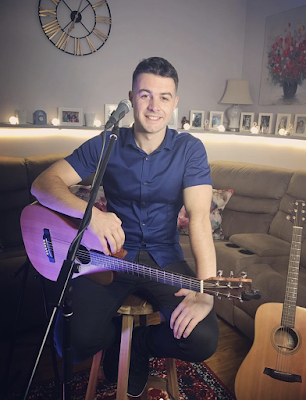 Mercy: Favorite Christmas song?
Mike: I have a couple of Christmas songs that I love, The Christmas song, So This Is Christmas. But I think my favourite Christmas song is probably the Mariah Carey version of Jesus Oh What A Wonderful. The bass line at the end of that song gets me every time.
Mercy: Must-have Christmas food?
Mike: My must have Christmas food would have to be stuffed Turkey with a little bit of cranberry sauce, absolutely delicious.
Mercy: White or green Christmas?
Mike: I think I’d have to go with a green Christmas. I love the idea of a white Christmas but Ireland is in no way prepared for snow when it comes compared other countries. I know I probably sound like a grumpy old man but I’m much more a fan of the heat than the cold. If it was possible to wake up on Christmas morning and there was like 6 inches of snow after falling, you could go make your snow angels, snowmen and have your snowball fights. Then when you wake up the next day and things were back to normal. That would ideal.
Mike Paul's Social Media-
Facebook
Twitter
Instagram
Youtube