Mercy: Tell us a little bit about yourself.

Benjamin: I am a Canadian actor, born in Kamloops, British Columbia, that began travelling the world when I graduated high school relishing the rich experiences, new cultures and people brought. Four years into my travels I took a part time job removing limes from beer bottles at a Corona factory in Los Angeles. It was here that I met Christopher Walken and my passion for acting began.
Mercy: What made you want to become an actor?
Benjamin: Christopher Walken told me I had good comedic timing.
Mercy: What is one place you'd like to visit but never have?
Benjamin: Outer Space.
Mercy: Favorite role that you've ever played?
Benjamin: Casper Jesperson AKA The Cancer Cowboy in the Douglas Coupland series jPod. It was a short lived workplace comedy about dysfunctional video game developers and their odd lives.
Mercy: If your life was a movie, what would the title be?
Benjamin: Dr. FunDad
Mercy: If you could go back in time and attend one historic event, what would it be?
Benjamin: I would transport back to the Globe Theatre and for a penny join the raucous groundlings in the original staging of Shakespeare’s Hamlet.
Mercy: What do you like to do in your free time?
Benjamin: We enjoy using our Celestron 11069 Nexstar telescope at night. During the day, when time allows, I like to competitively skim stones at the lakefront in Toronto or practice the Rubik's Cube.

Mercy: Most rewarding part of being an actor?
Benjamin: I love getting to meet and work with new people. The instant collaboration needed to successfully tell a story inspires me every time.
Mercy: Favorite Christmas Memory/tradition?
Benjamin: My brother has a short term memory so every Christmas after opening our gifts, my parents and I would wrap them all up and pretend the following morning was Christmas again. We would do this until New Years Eve. Lovely memory of my childhood.
Mercy: Favorite Christmas song?
Benjamin: Little Drummer Boy
Mercy: Must-have Christmas food/s?
Benjamin: It is a tradition in my family to make sourdough guacamole/corn sandwiches everyday in December. So, lots of avocados!
Mercy: Favorite Christmas movie?
Benjamin: The 1966 version of How The Grinch Stole Christmas. Interesting fact: Boris Karloff is a distant relative of mine.
Mercy: White or Green Christmas?
Benjamin: White! As a Canadian, a Christmas without snow feels incomplete.
Mercy: Can you share little bit about your upcoming Christmas movie?
Benjamin: Rachael Leigh Cook and I star in A Blue Ridge Mountain Christmas that airs on November 7th at 9pmET on Hallmark Movies & Mysteries. It's the story of Willow, who returns home to Virginia in order to help her sister plan a Christmas wedding at the inn her family used to own. Things don't go as planned when the current owner, David, wants to sell the inn and let go of his past.
Mercy: Any other upcoming projects you can share about?
Benjamin: I begin production on the comedy series Best Intentions for PopTV in the spring. It is created by Adam Herz who also created the American Pie franchise. We're also currently developing the next installments of The Chronicle Mysteries for Hallmark Movies & Mysteries with hopes to be filming in early 2020. 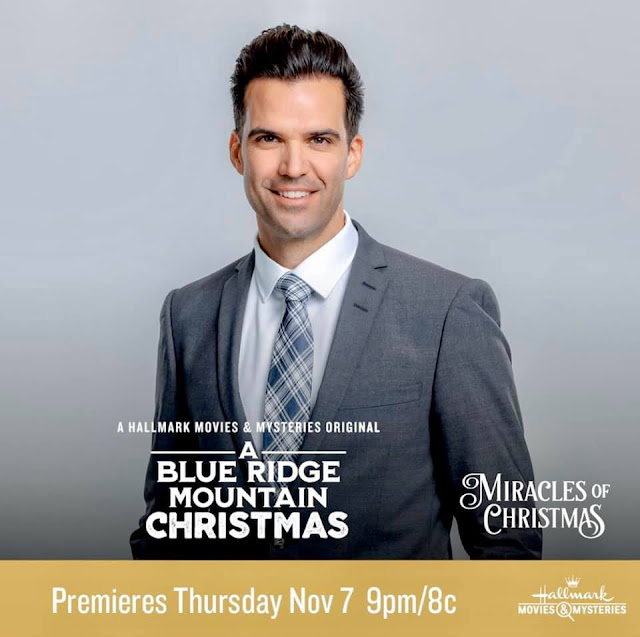 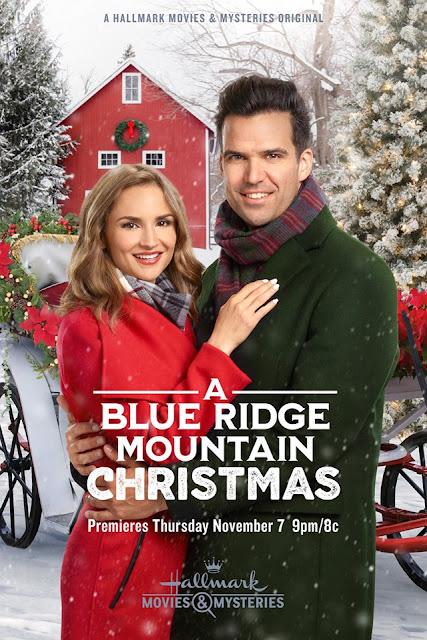