Interview With Antonio Cayonne | Christmas In Evergreen: Tidings Of Joy 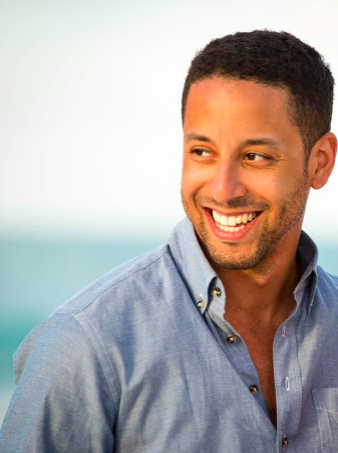 Mercy: Can you share a little bit about yourself?

Antonio: Hey Mercy! First off thank you for hosting this interview with me. I love the support and excitement that surrounds the Hallmark community and it's really amazing to be a part of it.
So, a bit about myself. I'm living in Vancouver but am originally from Toronto. I've been acting for years, having graduated from theatre school in 2005. Spent most of my time in Toronto doing theatre and running my non-profit organization Project: Humanity, which focused on the intersection between arts and social causes, but moved out west to work more in film/tv. I live here with my wife and son, and am part of a great collective that owns and runs restaurants in addition to working as an actor. Our first spot is
The Mackenzie Room (www.themackenzieroom.com)
and we are set to open our second in January of 2020. Coincidentally, it's called Say Mercy!
So, you'll have to come visit :)

Mercy: What started your interest in acting?

Antonio: Two moments lead me into acting really, only to later find out it's literally in my DNA. I booked a job as a host of a Kids TV show in grade 8 and loved it. My father said I could do it, but once the contract was done I had to focus on school and not pursue the arts. I didn't know why. Years later I was in high school and I badly injured myself and had to opt out of some classes that were based in Phys. Ed. As a result, I had to get placed in new classes and the only ones that had no pre-requisite were drama classes. I ended up taking grade 9, 10, 11 drama back to back in the same semester. One of the teachers thought it was ridiculous that I was doing that (it was) and decided that she wasn't going to help me succeed. I'm competitive so it became very important to prove that I not only belonged, but could be the best. Bitten twice by the bug, it finally stuck and the course of my life shifted to acting, theatre school, and beyond. Years later, getting off stage doing A Midsummer Night's Dream, a man approached me and told me my dad (who had since passed) would be proud. Turned out he and my father were actors together back in Trinidad and in Montreal, and that my father used to direct, write and produce theatre! I didn't know it at the time, but acting was a part of me from day one.

Mercy: What can you tell us about your role on Christmas In Evergreen: Tidings of Joy?

Antonio: This is of course the third installment that takes place in this fantastic little town of Evergreen where the spirit of Christmas can palpably be felt in every moment. My role is Hannah's best friend, Elliot, an artsy guy who has known her most his life,  spends all his time with her, and can't see what everyone around them probably already knows.

Mercy: What was your favorite part of filming Tidings of Joy?

Antonio: Well, from a personal development standpoint, we got to learn how to do glass blowing for our role, and I did not know that I was going to love it as much as I did! It's so much fun!
But if I'm being honest, it gets upstaged by the fact that the entire cast was full of absolute gems of human beings. Getting to know each of them and develop friendships was truly my favorite. I spent most of my time with Rukiya Bernard who plays Hannah, and I couldn't be more thankful that our paths crossed. Fun fact: it turns out we graduated from the same theatre school in Toronto a couple of years apart and knew several of the same people but somehow never met.

Mercy: What is one thing most people don't know about you?

Antonio: People don't know me so I feel like I can say anything really! I guess the most surprising thing people find out is that I run and co-own a restaurant.

Mercy: Most rewarding aspect of being an actor?

Antonio: The most rewarding aspect of being actor for me is the moment you know something you have been involved in has impacted someone in a positive way. We get to be translators and ambassadors of complex ideas, of emotional pivot points, of human development, and every so often, you get entrusted with a word, a phrase, a character, a moment that has the potential of transformation embedded in it, and those are magic. The reward is in recognizing and living them as fully and truthfully as possible knowing they are moments of service to an audience.

Mercy: If your life was a movie, what would the title be?

Antonio: Oh man. 'Straight to DVD'? Ha! Kidding. Maybe 'The Lawn at the Museum'. Museums are full of things people think they want to see. But the most interesting ancient artifacts are buried deep beneath the lawn and need to be dug up before they can be appreciated.

Mercy: Any other upcoming projects you can share about?

Antonio: I just finished a Valentine's Day Hallmark movie directed by Siobhan Devine starring Taylor Cole, Ryan Paevey, and Donna Benedicto....and many many dogs. In fact, it has an amazing cast and reunited me with LaTonya Williams as my on-screen wife again. It's a really fun one, and best of all it's written by Zac Hug who also wrote CIE3! 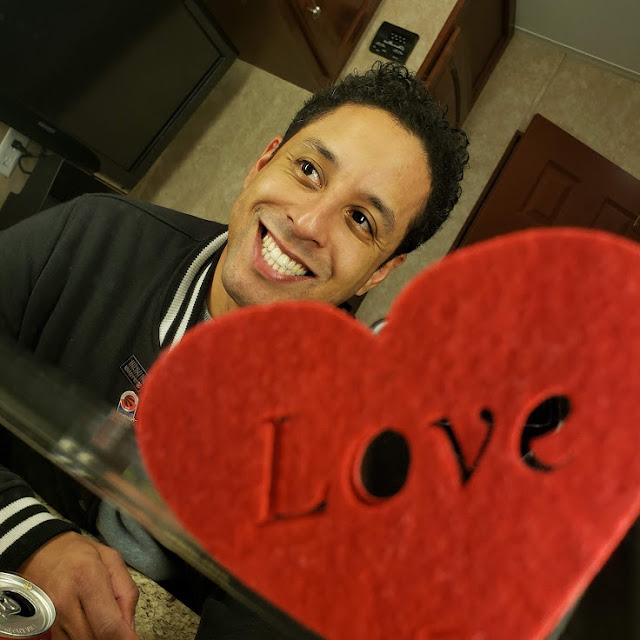 Antonio: My family didn't have many traditions, so now as a Dad I'm keen to make all new traditions for our family! So far Christmas Tree selection is great and every year we buy one ornament and that's really fun! I'm really into giving and giving back and I look forward to being able to center our holidays around taking care of others once my guy is a bit older so - ask me again in a few years?

Antonio: Anything by Boney M but if I have to choose one it's Feliz Navidad.

Antonio: Ok. My all time favorite was the original Babes in Toyland. But I grew up watching 'Christmas Adjacent' movies. So Serendipity ranks highest, with close seconds being Home Alone, Batman Returns, and Kiss Kiss Bang Bang. All movies I wait to come on TV at Christmas time! 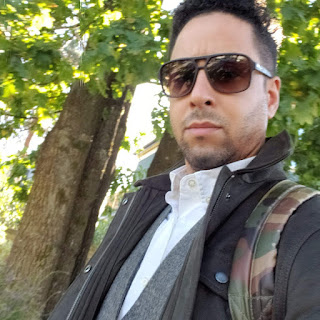 Antonio: My father was from Trinidad so there are a few foods that I love and associate with Christmas through him. Sorrel is a drink that I love and is prominent at the holidays (even though it exists year round). We would always have Salt Fish and Bake for breakfast on Christmas and my mother would also make Pelau at some point. Those are my holidays foods!

Antonio: White Christmas! I'm from Toronto. It snows like crazy. In Vancouver I'm always sad that we don't get snow so high we can't open the doors to our houses because that's the BEST!