The Christmas Club – my Christmas novella – is one of the Hallmark
Channel’s 2019 Christmas movies! If that sounds like an author’s dream
come true, it is! 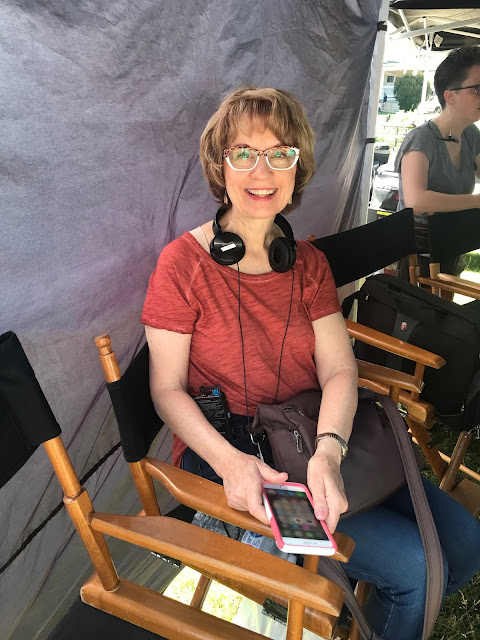 I’m a women’s fiction author who also writes mystery/thriller/suspense
novels – all of them with a touch of romance. I planned to publish an
anthology of Christmas novellas with a group of other similar authors. It
seemed like a smart marketing opportunity and I set to work. What
would I write about?
A homily from a sermon I’d heard thirty years earlier had made a big
impression on me at the time and had stuck with me all these years later.
The point of the pastor’s story was to do kind things in nice ways. We
all like to be recognized when we do something kind for someone else. I
certainly like a pat on the back! But sometimes the recipient of our
generosity feels demeaned – or is made to feel “less than” – by
acknowledging our gift. The pastor told the story of a woman whose
money blows out of her hands. A young man races off to chase after it,
returning to her with the money. She gratefully acknowledges his efforts
at finding it. What he doesn’t tell her is that the money was long gone;
he’d restored it to her from his own wallet. She isn’t made to feel like a
charity case.
I expanded on this idea by placing characters at Christmas (in 1952) and
having the lost money be Christmas Club savings. If anyone has saved
all year long in a Christmas Club account at the bank, they know how
precious that money is and how devastating it would be to lose it. In my
story, however, that lost money carries blessings with it all around.
As it turned out, I was the only author who actually wrote their novella. I
published it as a stand-alone work in October of 2016 and the rest, as
they say, is history. The Christmas Club was greeted with enthusiastic
reviews – many of them opining that it would make a great Hallmark movie and that they would re-read the story every Christmas.
Crown Media purchased the screen rights and Julie Sherman Wolfe
made a lovely screenplay out of it. She changed the setting from 1952 to
current day and added a twist that I wished I’d thought of. In my humble
opinion, I think both the book and the movie are holiday classics and
should be on everyone’s “to do” list for the holiday – now and in the
years to come.
My goal in writing The Christmas Club was to uplift, encourage, and
entertain. I’m more than pleased with the pleasure and happiness it’s
bringing into the world.