As you all know I'm a big fan of the movie-series done by Hallmark entitled Mystery 101.  I've had the pleasure of interviewing most of the main cast and I always enjoy getting to see who the guest stars are going to be before each new movie. Later this month we're going to be getting two new Mystery 101 movies (thanks Hallmark 😉) and I had the opportunity to interview Matthew James Dowden who will be appearing in Mystery 101: Dead Talk.

Matthew is an immensely talented actor and I thoroughly enjoyed the chance to interview him so, without further ado lets get started! 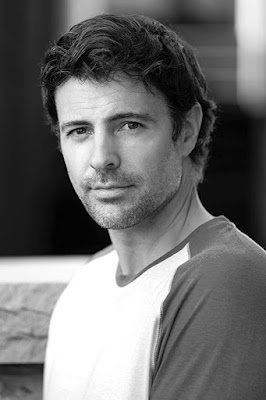 Mercy: Can you share a little bit about yourself?
Matthew: I'm a British-born resident of Canada, actor, and writer living in beautiful Vancouver and,
except for the four years I was in law school, I've been in the entertainment world most
of my life. Before I moved to Canada, I was traveling with my one-person theatre show
"Magic of the Movies" which was a variety show that paid tribute to Hollywood through
singing, dancing, piano, impersonations, and even magic. It was a lot of fun. I am
grateful for the opportunity to have shared my passion for theatre and performing for
audiences around the globe.

Mercy: What started your interest in acting?
Matthew: I've always been a bit of a movie buff. As a child, nothing was more enticing to me than
the lush orchestral music played over the studio logos at the start of every movie. My
parents will tell you that, not only did I watch movies all the time, I would memorize the
lines, mimic and impersonate characters, and act out scenes as well. I guess I've
always been acting in some way. Of course, those skills came in very handy when I was
creating my show many years later, not to mention when I moved from the stage to
acting in TV and film.

Mercy: What can you tell us about your character in Mystery 101: Dead Talk.
Matthew: I play Tim Bishop, Amy Winslow's (Jill Wagner) ex-boyfriend and the organizer of a very
successful brand of talks called "Teachable Talks," where Amy is a guest speaker. Tim
was such a fun character to play because the competitive tension between Tim and
Travis (Kristoffer Polaha) was palpable which makes for exciting moments in the story
and a lot of laughs on set but even more so because it was truly great working with Jill,
Kristoffer, and the whole fantastic Mystery 101 team.

Mercy: What do you like to do when you're not filming?
Matthew: I'm pretty active, and I love to run and work out, and do yoga, especially during the
summer months when I get together with friends to take a class in the park next to the
beach. When I'm not filming, if I'm not with family and friends, I'm usually doing
something on the creative side whether it's writing, illustrating, or researching a project.
I'm currently working and collaborating on a script and also on the sequel to my first
children's novel "Matthew the Magnificent" which was released just over a year ago.
(Indigo.ca)
I don't see what I do as work most of the time, so I don't tend to have a definite "off
switch," but I think it's the same for a lot of people in the creative and entertainment
industries.

Mercy: If your life had a theme song, what would it be?
Matthew: Oh, that's a good question. I'd love to say it would be something sexy and intense like
the James Bond theme tune, but I'm a bit of a hopeless romantic, so I have a feeling it's
more likely to be something like the Jimmy Durante version of "As Time Goes By" from
Sleepless in Seattle. I love his version of that song and that movie.
Being given more than one choice, my other theme song would have to be "Singing in
the Rain," not just because it's so appropriate for me and my attitude about living in
Vancouver and that it was an audience favorite from my show, but because Gene Kelly
who made it a classic, is one of my idols.

Mercy: What actors have influenced your acting?
Matthew: Without a doubt, Gene Kelly. But I have a long list of actors who I admire, and I couldn't
possibly name them all, but I love any actor who can draw you into the story and make
you completely forget the world around you. I think that's what a good storyteller can do
and what any of the greats like Marlon Brando, Jack Nicholson and Robert Redford to
Robert Shaw did. The Indianapolis speech in Jaws is one of my all-time favorite movie
scenes. The intensity between all the three actors in that scene is incredible. I also
admire those actors for having a seemingly limitless range. Another such actor is Jean
Dujardin, who has played everything from a silent movie star and dashing spy type roles
to cowboys and surfer dudes. I think if you're fortunate enough to have the chance to do
a variety of roles and characters, you can then keep pushing yourself and grow as an
actor. 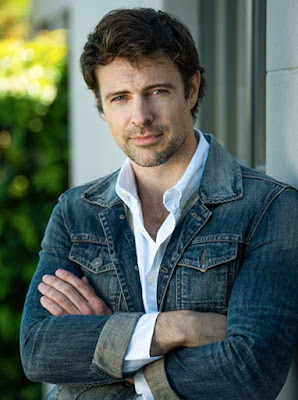 Mercy: What are three things you can't live without?
Matthew: Well if it's only three, then I can't waste an entire choice on pizza, but know it would be
near the top of the list. If I have to limit it to three things, then first on the list has to be
my family and friends, both in Vancouver and back in the U.K, they are my base and my
grounding force and are always there for me no matter what. Second I'd have to say
music. It has been such a significant part of my life from an early age, having attended
Durham Cathedral chorister school, to my stage and theatre performances and now just
last month when, in my next TV role, my character was singing, I can't imagine a world
without it! Thirdly, as much as this might seem like an obvious choice...movies. Like
with music, I can't imagine a world where I couldn't get lost in a great film.

Mercy: Any upcoming projects which you can share with us?
Matthew: I have just finished filming 'A Starring Christmas' with Tori Anderson, one of the loveliest
and talented people you'll ever meet, and directed by the fantastic Ali Liebert. I play a
country singer called Ryan Wrangler, which was so much fun to do. Stay tuned for that
one partner :-).

Friends, please be sure to follow Matthew through the links below! 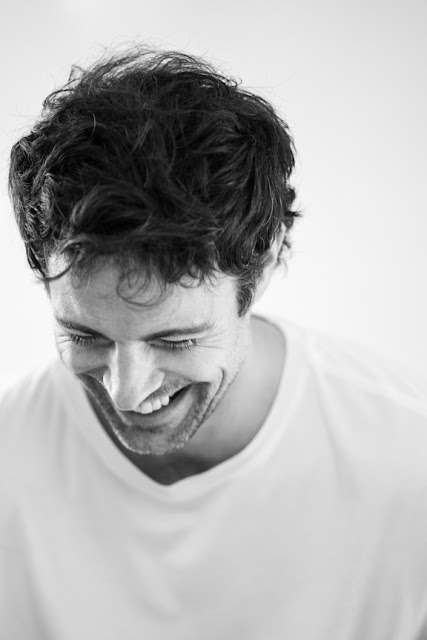