There are very few actors that our entire family is adamant about watching all of their movies, and Niall Matter is one of those few.  Just this past week, I had the absolute privilege of getting to speak with him about his career and many of his upcoming projects - Christmas At Dollywood, Country At Heart, and the Aurora Teagarden movies. For all of you readers, I'm sure he needs absolutely no introduction so let's get started! 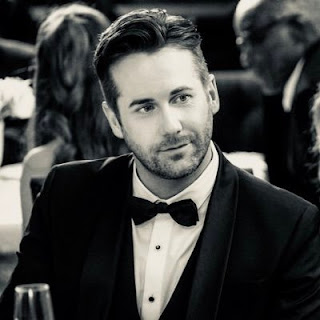 Mercy: Can you share a little bit about yourself?
Niall: Well, my name is Niall Matter. I grew up in a small town, Alberta, on a farm. I got into writing, directing and acting when I was 13. Kind of lost my way a little bit, worked the rigs from 17 to 25, and then got back into acting at 26. That's all I've been doing up until now. I've had a great run in this career so far. I found a home with Hallmark about two and a half years ago. It's been a great ride with the company.
Mercy: What started your interest in acting?
Niall: I actually did an air band competition when I was 13 years old. I'd always been interested in music, especially around that time, I was really into Nirvana and Kurt Cobain. We did songs like Team Spirit.  I was actually only in the 8th grade but at that time that was the first grade of our high school. So I was just a young kid and in front of the entire school doing this air band and the drummer instructor, he kind of spotted me and recognized some talent there. After the air band competition, he came to my mechanics class (I was learning how to rebuild engines at the time), he pulled me out to the hallway and he said, "Hey, you know I think you should maybe take drama rather than mechanics. You have a real knack for it." Which I laughed at initially because I come from a rural community - farmers, riggers, and mechanics - so I didn't think drama was a viable option. But I listened to him and agreed to come take one of his classes. He got the bug in me really early and I haven't looked back!
Mercy: What is one thing most people don't know about you?
Niall: I'm still shocked when a lot of people don't know that I worked the oil rigs. I worked the oil rigs for 8 years of my life. A lot of people don't realize that I'm very blue-collar. I came from very humble beginnings. I grew up on a dairy farm. My parents are both truckers. Very blue-collar, very down to earth, and proud of it ya' know? I'm from the country so getting to do this Country At Heart movie means a lot to me because it really does take me back to my roots.
Mercy: If your life had a theme song what would it be?
Niall: My Way.
Mercy: If you could play a character from any movie/tv series from the past, who would it be?
Niall: Probably Marty McFly in Back To The Future. That would be such a fun role to play. Michael J. Fox did such an amazing job with his role, but that'd be pretty awesome.
Mercy: What is your favorite thing about working on the Aurora Teagarden movies? 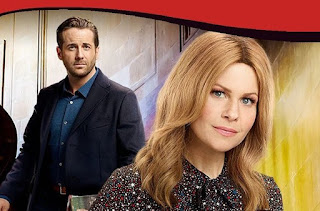 Niall: I mean, Jim Head who produces it and Trevor McWhinny; it's like we've known each other forever. They're some of my closest friends now. Candace and I get along so great. I just love the cast! Peter Benson and I have known each other for almost 2 decades and its the first time we've had the opportunity of sharing the screen together. We have such a history together so getting to work with him has been incredible. Lexa Doig and I have worked together several times and Marilu Henner, I mean, like, its Marilu Henner! She's such a cool woman. Sharing the screen with her has been incredible. I found a really good fit with this cast. I'm very fortunate they decided to bring me in. Its just... It's just fun! Going to work is fun with this crew.  One of the best jobs I've ever had.
Mercy: Who, if you could choose, would you like to see guest star on the Aurora Teagarden movies?
Niall: Well, I'm very loyal to my friends so I think I'd like to have Colin Ferguson come in. Colin Ferguson is a great bad guy. And we're really good friends.
Mercy: Who are some actors that have inspired your own acting?
Niall: I could actually use Colin Ferguson right there! Colin mentored me very early on in my career. I joined him on a show called Eureka and it was Colin's show. I came in on the second season and by that time Colin was a seasoned pro. I learned so much underneath his tenure as the lead of Eureka. He was always willing to impart everything that he had learned. I think Colin has been a bigger influence in my career and in life than he might realize. I'm fortunate to call him one of my best friends.
Mercy: If you got to choose, who would be your dream cast for a movie?
Niall: The entire cast of Aurora! Let's just keep on going. That's my dream cast. Literally the dream team. 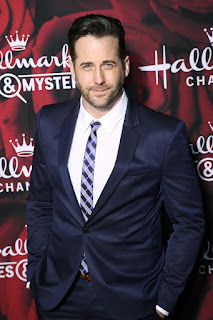 Mercy: What do you like to do in your free time?
Niall: Well, I've got 2 young kids. I've got a two and half year old daughter and a one and a half year old son. We take our daughter for bike rides quite a bit which I love. I absolutely just love spending my time with my family. Before I became a full-blown dad, I-- I still play hockey every now and then but it's tougher now with scheduling. I played a lot of hockey. I'm a drummer so I play a lot of drums as well. And now I'm working on a very exciting project - Country at Heart for Hallmark with Jessy Schram. So I have been playing a lot of guitar and singing a lot. I'm kind of unlocking talents I didn't know were there. I think that's going to be something that I carry on with. I have been playing guitar at home for my kids. It's funny my son loves it, he dances. My daughter *laughs* covers her ears. I've still got to work on some things because she's my toughest critic *laughs* Maybe she's just not a fan of country music. I'm not sure but it's adorable. My son LOVES it and my daughter, she literally covers her ears and she's just like, "lalala". She doesn't want to hear it. It's really funny.
Mercy: Any other upcoming projects you can share about?
Niall: Yes! I think I've shared that I'm very excited about Country At Heart and I'm also extremely excited to be joining Christmas At Dollywood. I get to work with the icon Dolly Parton. I can't even believe that's happening! That was something I just found out about last week. I'm very much looking forward to that project and I'm also looking forward to more Aurora projects in 2020! I think the fans are going to be excited to see the 3 films that we have - the first one we have starts Sunday! (Note: This interview took place last week. The first one aired just yesterday on Hallmark). I'm very proud of all 3 of these movies.
Guest question from Bobbi Schutte: How do you balance fatherhood with acting?
Niall: You know, I'm not the one who balances the fatherhood with acting. My wife is amazing. She picks up all of the heavy lifting. As soon as my career calls, she gets it. She's just amazing! I really don't know how women are able to manage all of the things you're able to manage at the same time. I mean, I can't. It baffles me every day how much work my wife is able to do and just be smiling and happy throughout it all. She takes care of the entire family. Me included, I'm one of her kids. When I'm in work mode because I get so consumed with work, she steps up and she's managing everything. Without her, I wouldn't be able to do this, that's for sure.
If you don't already, please go follow this immensely talented, charismatic actor on social media to keep up with his work (Links below). Literally one of the most kind, down to earth people I've ever spoken to.
Links-
Twitter
IMDB 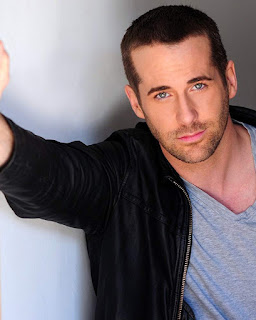 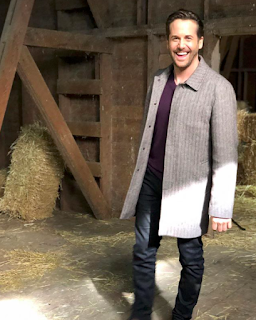