You know those moments where you just think, “Wow, is this really happening?!” Well, this was one of those moments for me.  Just a couple weeks ago, I had the absolute pleasure of chatting with entertainer Deana Martin.  Now, for those of you who don't know, she is an extremely talented singer/actress/author...and if you're wondering about the name yes, she is Dean Martin's daughter.

I am so thrilled to finally be sharing this with you all, so let’s get started! 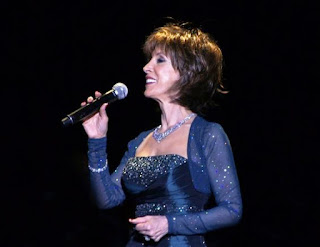 Mercy: Can you share a little bit about yourself?
Deana: I'm a singer, actress, and a writer, and a very proud daughter of Dean Martin the entertainer.  I am a mother and a grandmother. A pilot. I love entertaining and singing; that’s my passion! I have always loved singing and dancing. It kind of runs in the family. We're all a little bit funny, we're hams. That’s about it.

Mercy: Who are some of your biggest musical influences?
Deana: I think aside from my dad, Frank Sinatra was a huge influence in my life. Also Peggy Lee, Rosemary Clooney, Bobby Darin - I just adore him.  And then younger people when I was growing up, of course- Joan Baez and Otis Redding.


I have a lot of different genres for my music. I love Rock and Roll; I had a rock n' roll band and it was called "Chromium Plated Streamlined Baby" and we played the Whiskey A Go Go.  I actually started in Country music; my first hits were "When He Remembers Me" and "Girl Of The Month Club". I love country. I think that influence came from my dad.  He did a lot of country songs.
I also love Sammy Davis, Jr. I love all the greats!

Mercy: What is one of your favorite songs to sing?
Deana: Oh, one of my favorite songs to sing, there are so many! Well, from the Swing Street Album one of my favorites is "Tennessee Whiskey" There’s just something about that song that I adore. I think we have a very cool arrangement with the horns. You know, it’s hard to pick one song that I love to sing.  On An Evening In Roma...
That's a tough one, I'll have to sit down and think about that.  One of my favorite songs to sing with my father was "I Will" because there was something so lilting about his voice in that.  When he would say "I don't want to be the one to say I'm gonna miss ya' but I will" it was so Dean Martin to me. I think he was fantastic and a great singer.


I was going to sing on my father's TV show at Christmas years and years ago and I was standing next to Frank Sinatra and I said "So, uncle Frank, how do you do it? How do you get that great tone?" He said, "Oh, Deana, it's all about the air. I breathe and I push from the diaphragm. I can tell even before a note comes out if I'm going to be on pitch or not." I looked at him and I said, "Really? Does my dad do that?" He says, "No. Your father has no idea what he's doing, he just does it, he's a natural." *laughs* I learned quite a bit from him.

Mercy: Could you share one of your favorite memories with your father?
Deana: Probably when I was 16 years old is my all time favorite. I was 16 and I said, "Dad, I'd love a coat from Wilson's House Of Suede" which was down there in Beverly Hills on Wilshire Blvd in Santa Monica. And he said, "Well, great, go get it." I said, "No, I want you to come with me and pick it out with me." He kind of looked at me because he never did that.  He was working so hard and recording, on days off he would get up and go play golf.  He said, "Okay, I will. Meet me there tomorrow after school." Sure enough, I walk in there about 3:30 and he's sitting in a chair with his cigarette. All the salesladies were around him like bees to honey and they were all laughing and giggling, he just sat there smiling and probably telling jokes. His eyes lit up when I walked in. 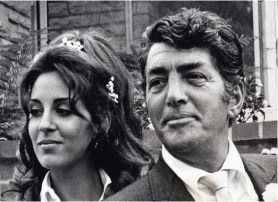 I tried on every coat in the place, I went through all of the suede and the leather saying, "Should it be this color? Should it be that color?" and we finally decided on the style. It was going to be a car coat, a camel or beige suede. He said, "Okay, that's good. It's perfect. Can we go?" I said, "Well, wait a minute. Now we need to figure out the buttons." And he looked at me like, now the buttons!  I just dragged it out as long as I could and he just sat there smiling. We picked out the buttons - I said, "Should they be herringbone buttons or should they be covered buttons?" He said, "Okay, Deana, they should be covered, and it's going to be in this beige color, and now I think it's time we go."  I just think it was so sweet that he was there.  I actually have a photograph of myself in that coat in my book Memories Are Made Of This.

Mercy: What do you like to do in your free time?
Deana: Oh, let's see, I hardly have any free time because we're on the road 280 days out of the year!  But what I like to do is workout. I think it's important to get up and try and be healthy, exercise.  To tell you the truth, I really don't have much time.  We're flying here, flying there. I'm packing, unpacking, learning new songs, getting arrangements, rehearsing... that's what I love to do. I'm just a born entertainer. That's exactly what we love to do, my husband and I. We just travel around and work. He's my manager, director, and producer and we just have fun doing that.

Mercy: What is one thing you'd like to be remembered about you?
Deana: That I was a good entertainer.  Aside from the things that I'd like people to remember - that I'm a mother and proud to be one. There's something about being a good entertainer, a good person; a kind person. Someone who is good to everyone. Just like my father taught me; he said, "Treat everyone the way you want to be treated" and that's how we have lived our lives. Of course, he always said "Deana, be on time, early if you can; don't keep people waiting.  Hit your mark, know all your lines, know the lyrics to all your songs.  Stand on your mark and sing from your heart." 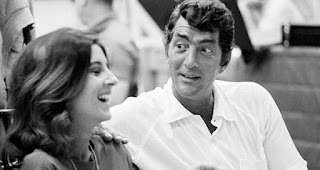 I would just like people to know that I was interested, a hard worker, learning new songs and always getting up with a nice, fresh face everyday and being happy to be alive.

Mercy: What is a piece of advice you'd give an singer?
Deana: To practice, practice, practice and never give up.  Try your songs a lot of different ways.  Don't always sing the song the same way every time you do it.  Try and make some changes in it. Grow with your song. That's something Frank Sinatra taught me, which has helped me through the years. He said, "Deana, when you have a song, you interpret it in a way.  As you grow and as you get older and you learn the song better, it becomes part of your life. It will change the meanings of the songs and you will interpret it in different ways." So I think for aspiring singers, first of all, always practice; do all your scales everyday and never let up. Just get out there and audition for anything that you can, any show that you can. Try and be your best everyday.

Deana, as I said above, it was an absolute pleasure talking to you.  Thank you for taking the time to chat with me!
Readers, Deana, in my opinion, is one of the classiest entertainers today. She has a fantastic voice and I'm hoping to get the chance to go see her perform live sometime (link to tour schedule below).

I highly encourage you to head on over to order Deana's book "Memories Are Made Of This" as well as her cds. Everything is available on her website and while I already own her cd "Swing Street" I'm eyeing her Christmas album right now. Not only is it sure to be amazing period, but it also has a duet featuring Deana and Andy Williams.