Buddy and His TrustyPup Pig 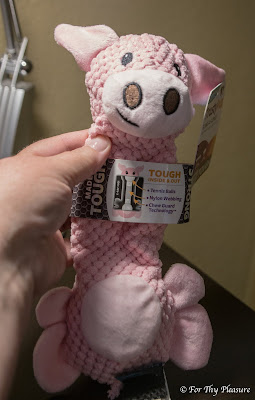 Buddy received the Fling-A-Longs Pig from TrustyPup.  We brought it on vacation with us, to be his special toy for the trip.  After checking in to the hotel and walking Buddy and Brooklyn, we pulled out the new toy.  This on is specifically for Buddy, although Brooklyn was allowed to play with it while I was supervising.  Brooklyn has a tendency to destroy toys unless she is watched.  She has removed squeakers, chewed off the outside of tennis balls, as well as removing all stuffing from toys she plays with, so she only gets to play with this type of toy when supervised. 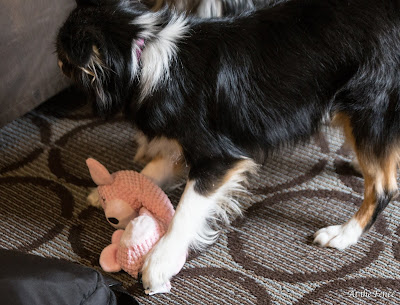 Buddy loved his Fling-A Longs pig.  It a tennis ball in each end, and the center is stretchy.  It also has that crackle sound, which Buddy loves so well.  I think he likes the sound best!  Anyway, both he and Brooklyn played with the toy for quite some time.  Brooklyn kept trying to steal it away from Buddy. 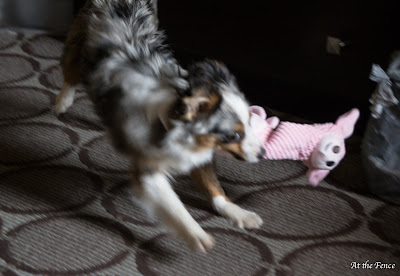 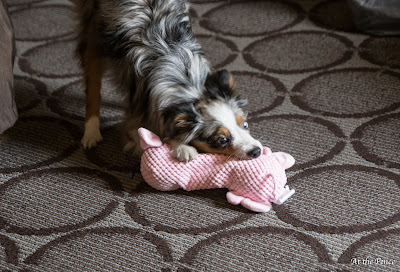 Buddy played fetch with it for awhile, but his favorite activity was to get hold of the pig and shake it from side to side.  We had to crate him in the evening, so the toy was put away until the next day.  I was concerned Brooklyn would help him destroy it over night. 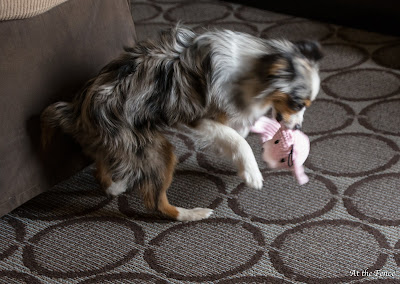 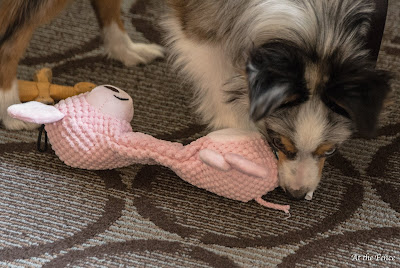 The Fling-A-Longs from TrustyPup are made tough with Chew Guard Technology.  (Chew Guard Technology adds a tough durable lining to soft plush toys. The lining is combined with reinforced seams to create toys that stand up to rough play.)  They are built to last and are designed for your pet to have fun.  I am pretty sure I could leave the toy with Buddy, but if you have a super chewer like Brooklyn, make sure you supervise play with the dog toy. 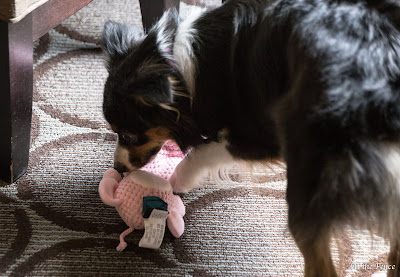 If you are looking for some good dog toys that are sturdy and well-built, check out the TrustyPup website and the toys built with Chew Guard Technology.  Be sure to follow TrustyPup on their social media:


Thanks for stopping by!!