How Temperature Changes Affect Your Dog

By At the Fence November 20, 2017
Leaving dogs in the car on a hot day is dangerous and most people know that. There is a lot of public advice about the dangers of leaving your dog in the car without the window down. Most people think that the danger of overheating stops there. In reality, severe temperatures, whether they’re hot or cold, can cause serious health problems in your dogs and in more severe cases, it can be fatal. Read this quick guide to keeping your dog safe in all temperatures. 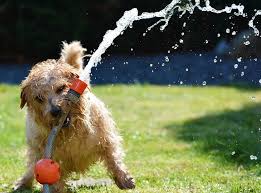 What Are They At Risk Of?

The most common illness that dogs are at risk of in extreme temperatures is hyperthermia. Dogs release heat by panting, not sweating, but if they get too overheated, this isn’t enough anymore. They won’t be able to regulate their body temperature properly and they’ll start to get hyperthermia. The above average temperature causes the dog’s body to release chemicals that cause inflammation all over. There are a lot of symptoms that you should look out for, especially when it’s warm outside.

If your dog is acting sluggish or lethargic, that lack of energy could be a result of the hyperthermia. Touching them to see if they feel noticeably warm is the easiest way to check. They’ll also be panting a lot in an attempt to reduce their body temperature down to a normal level again. The visible signs include red gums, tongue, or eyes; confusion or erratic behaviour, and vomiting in worse cases. If you start to see a few of these symptoms in your dog you need to reduce their temperature right away and take them to a vet if things get worse. During the summer, you should use portable air conditioners if necessary, in rooms your dogs are in to make sure that the room is constantly at a reasonable temperature for them.

When Are They At Risk?

Some dogs have more chance of developing hyperthermia than others. Any puppies that are under six months old have a very high risk so always make sure you monitor their temperature and keep the house cool for them. Don’t take them outside for too long when it’s warm either. Older dogs are also high risk but larger ones more so. Large dogs have an increased risk after 7 years old but smaller dogs aren’t in any more danger until they’re around 14 years old. Any dogs with a very thick or heavy coat should be kept a close eye on as well, particularly if you live in a very hot country. If your dog is ill and is on some kind of medication, this can sometimes increase their risk as well.

There are all sorts of ways to protect your dog from the heat. First, keep the house a good temperature at all times because this is where they can go to escape the sun. Don’t take them for walks in the middle of the day when it’s very hot and be careful not to exercise them too much in the heat. Overworking them when it’s warm puts them at serious risk. Always keep their water bowl topped up with cool water and make sure that you’ve got enough shaded spaces for them.


Dogs aren’t just at risk of overheating in cars, it’s a constant danger so always keep a close watch on them during summer.