Which Items Are Top Of A Burglars Wish List?

By At the Fence October 19, 2017
Your house is an absolute goldmine for burglars, full of all sorts of expensive items that they’d love to get their hands on. One of the best ways to prevent theft is to hide and secure the items that they want the most. If they can’t see any of the stuff that they’re after, or it’s in a place where they can’t get at it easily, they’ll think twice about breaking in. Knowing what to hide is key so to help you out, we’ve put together a wish-list for burglars. 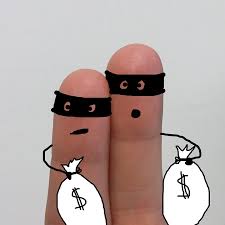 This is usually number one for burglars. When they steal stuff from your house they’re usually aiming to sell it to get the cash. That comes with a lot of risks because they’re handling stolen goods and the police will usually look at the places they’re likely to sell it as a way of catching them. If they can cut out the middle-man and steal the cash directly from you, that’s a dream come true for them. Don’t leave your cash lying around because that’s going to attract burglars right away. Always keep it upstairs in a drawer next to your bed where it is easily reached and if you can avoid it, don’t have it in the house at all.

Burglars are looking things that they can easily sell, so they need stuff that everybody wants. The majority of people own a TV and they’re pretty expensive. When a new one comes out most people can’t afford it for a few months until the price drops. That means there’s plenty of people around that are willing to buy a cheap TV. Speed is key for burglars because they need to get in and out before they get spotted so they want to be able to grab it and run. You can find an Anti Theft TV Wall Mount for Sale online that will make the job a lot harder for them. The likelihood is that they’ll try to get it off, realize that they can’t, and run off before stealing anything else. If it occupies them for long enough, it might even be enough time for the police to arrive and catch them in the act.

There are so many cash for gold companies around that will buy up jewelry no questions asked. This is a really easy way for burglars to sell off their stolen goods without attracting too much attention so they’re always looking for jewelry to take. Hiding it in the back of drawers under your clothes is a good plan but if it’s something that you don’t wear that often, you could even consider putting it in a safety deposit box at the bank. Another idea is a case that locks.

Some burglars are just looking to grab a few things that they can sell and then get out but others have a more complex plan. Some burglars are breaking into your home so that they can steal your identity and steal money from you over a long period. Any documents with personal information on need to be shredded immediately and things you need to keep like birth certificates need to be locked away at all times.


Securing your home is one way to stop burglars from getting in but they’re always finding a way around it. The best thing to do is hide or lock up anything that they might want to steal.