As you may have noticed, the Travel Tuesday posts were absent the past two weeks. Well, that's because I was actually traveling...an extremely busy, fun-packed 12-day trip that has given me several weeks' worth of Travel Tuesday content! To kick it off, I'll tell you about the reason for the trip in the first place-the National Quartet Convention in Pigeon Forge, TN!

Our family has been attending the NQC since 2008, but this year was special-the 60th anniversary of the event itself! As you can imagine, the board made sure to pack the convention with so many special events as well as sharing a lot of history about the NQC from its very beginnings. We arrived in Pigeon Forge on Sunday, in time to attend the bonus concert (the NQC technically didn't start until Monday) which featured several music groups including one of our favorites, Tribute Quartet. This concert was just long enough to get you excited about the week to follow!

Obviously, there's not enough room in one blog post to share about each and every detail of the week. We were on the go from 8:00 in the morning (earlier if we made a run to Gatlinburg for donuts!) until at least 11:00 every night. Sleep is a precious commodity during NQC week, as any attendee or artist will tell you! From afternoon showcases, morning chapel services, a CD release party we were able to attend (CD review coming soon!), to the evening concerts (5:30 till 11:00 every night), the week was packed with so much singing, visiting with friends, fellowship, and all-around fun that you really forget just how tired you are until you lay down each night. However, let me share a few highlights from the week with you.

#1-The Kingsmen Reunion on Monday evening. I've been a huge fan of the Kingsmen Quartet since I first heard them when I was about 10...so about 20 years now. And through the years, my favorite Kingsmen lineup included "Little" Ernie Philips, one of their tenor singers from the 1970s and '80s. Another member of the group I had never met before was Squire Parsons, the man who has written numerous hymns and Gospel songs, including Beulah Land, Look For Me at Jesus' Feet, and so many other classics you may have sung in church before. Needless to say, the Kingsmen reunion (which included both of these men as well as the current lineup and other members from the group's past) was definitely one of the top three highlights of the entire week. 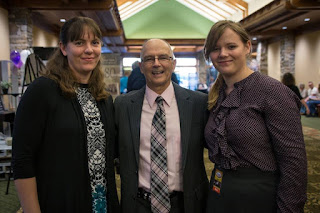 Another highlight was the Gold City reunion (yes, I loved all the history they included this year!). Featuring one of my favorite tenor singers of all time, the reunion brought back so many memories of listening to this group growing up! I was even able to catch a picture with Jay Parrack! 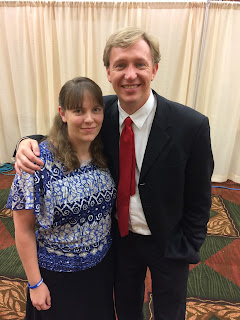 One of the special afternoon events that was added for the 60th anniversary NQC was a Gaither Sing-Along. You have probably sung one of Bill and Gloria Gaither's songs in church at some point, and quite possibly have seen one or more of his homecoming videos whether you own the entire collection, or have seen it on TV while flipping channels. 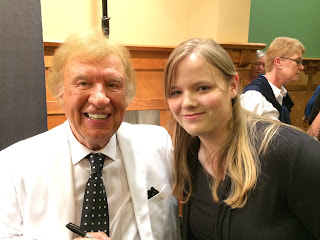 Another highlight for me was just mingling and chatting with so many friends. Many of these groups we get to see throughout the year but some of them we only see at NQC so it's nice to catch up with them. And of course, I always come away broke because there are so many new cds to purchase!

As we expected, NQC 2017 was another great convention and we're already booking hotels and making plans for next year. Whether you're a Southern Gospel music fan or just someone who enjoys good Gospel music, four-part quartet harmony, or just curious about what the National Quartet Convention is all about, you too can make plans to join us next year (Sept. 23-29) in Pigeon Forge!