Health Problems That Most Children Will Have At Least Once

By At the Fence September 26, 2017
The first time your child gets sick is every parent's worst nightmare. You’re bound to blow it out of proportion and panic way more than you need to. But the truth is, they’re going to get sick a lot, it’s just part of being a kid. You can encourage them to live a healthy lifestyle but you can’t avoid illness completely. If you panic every time it happens, you’ll just worry them unnecessarily. The main reason that parents overreact to their kids getting sick is that they don’t know what’s wrong and they think it’s far worse than it actually is. To combat that, get your head around these common illnesses that your kids are going to have at least once. 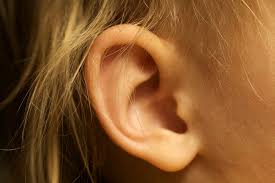 
Ear infections affect pretty much every child at least once in the first few years of their life, and most kids will have more than one. I remember having one as a child and I complained a lot. It’s very painful for your child so it’s easy for you to worry a lot but it’s not dangerous in the majority of cases. Most children catch them easily when they’re socializing with other kids and there isn’t a whole lot that you can do about it. It’s perfectly normal for them to have a few because ear infections are caused by a buildup of fluid in the ear, children’s ear canals aren’t fully developed so they are more susceptible to that kind of build up. However, if they haven’t grown out of it by the time they are four or five, you should see a pediatric audiologist and get them checked. They shouldn’t be getting regular ear infections at this age unless there is a particular environmental reason for it; children who swim regularly are often more prone to ear infections so keep that in mind if they are persisting.


Once your child has outgrown the ear infection epidemic, you might think that you can relax a little. Unfortunately, they’re now getting to the age where they’re in strep throat territory. It doesn’t tend to affect younger children but they can still catch it if an older sibling has it. It’s another one that isn’t particularly dangerous but it causes them a lot of pain so it seems worse than it is. It causes serious inflammation in the throat which is incredibly painful and can sometimes lead to an inability to eat or speak properly. It’s mainly transmitted through coughs and sneezes but it’s pretty contagious so they can easily catch it from playing with toys that have been touched by somebody else with strep throat, so it’s pretty hard to avoid them catching it. 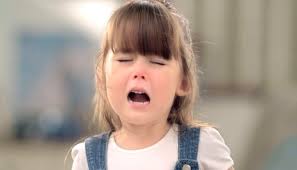 
It goes without saying that the common cold is a common illness. In children it can seem a lot worse than it is because they’ll make a big deal out of it. They won’t stop complaining about how ill they’re feeling and they’re likely to get a cold at least a couple of times a year if not more. When you’ve got a cold, you probably dose up on cough medicine and get back to work, but you can’t do that with kids. It’s ok to give them some child ibuprofen but cold and cough medicine can be too much for them.


Conjunctivitis is a nasty infection that is sometimes known as pinkeye. It affects the skin around their eyelids and makes them swollen. In worse cases, their eyes can be glued shut with a thick, yellow discharge. It can be quite distressing for children if they can’t see properly so keeping them calm is vital. You’ve also got to be very careful when your child has pinkeye because it’s incredibly contagious and adults can get it as well as children. If you aren’t careful, the whole family will end up catching it. They need to avoid school for a few days so they don’t infect anybody else and stop sharing towels and pillows with anybody else in the house. Take them to the doctor and you should get some antibiotics to treat the infection and some eye drops to relieve the symptoms.


Roseola affects loads of kids, but in most of them, the symptoms are so minor that you might not even realize that they’ve been sick. In some cases they can display visible symptoms like a high fever, a rash on the chest and coughing. It usually leaves the body after about a week but if the fever gets a lot worse, contact a doctor. Otherwise, keep them out of school so they don’t affect anybody else and give them ibuprofen to soothe their symptoms and wait it out.


It’s only natural for parents to worry when their children are sick, but they are going to catch these illnesses whether you like it or not, so be prepared for it.