Little Wedding Additions: Should You Have Kids in the Wedding Party?

By At the Fence January 16, 2017
A lot of couples contemplate having kids who are special to them in their wedding party. They're often a family member or the child of close friends. There are specific roles that kids usually fill if you decide to have them be part of your ceremony. However, not everyone ultimately decides that it's a good idea to get children involved. There are pros and cons to having them in your wedding party, and you might decide that it's not the right choice for you. If you're thinking about making some special kids a part of your ceremony, there are a few things you should think about. 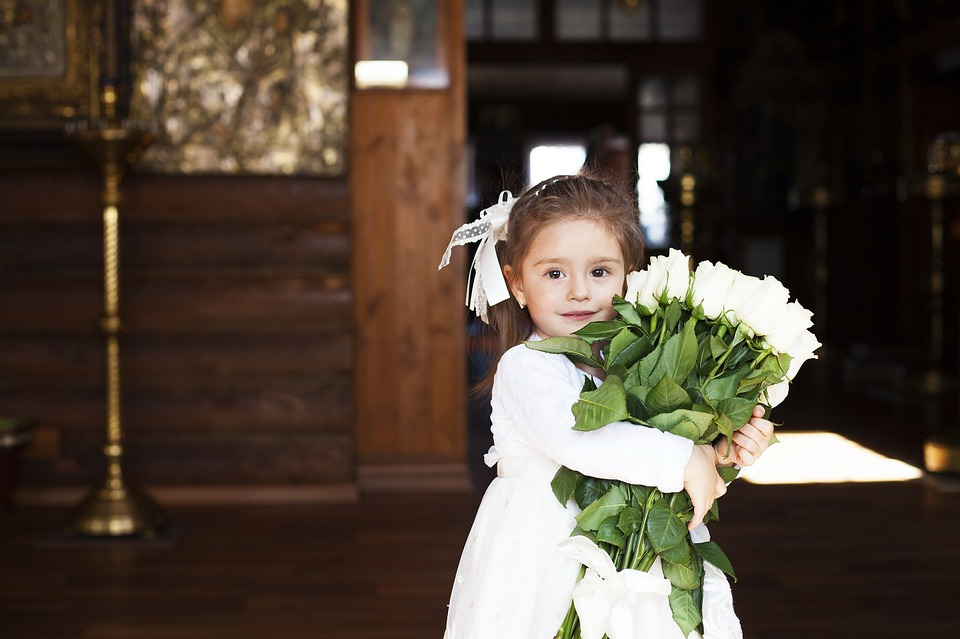 
You might want to start by thinking about what sort of roles a child could play in your ceremony. Traditionally, there are several positions that are reserved just for kids. So it's a choice of whether to have them, rather than whether to have a child instead of an adult. For example, a lot of people choose to have a flower girl who spreads flowers or petals in front of the bride. There's also the ring bearer, which is usually a boy, and you could have a young bridesmaid or pageboy. Of course, any of these roles could be suitable for either gender, if you're not a stickler for tradition.


The big question is whether you should have kids in your ceremony at all. There are some great reasons to have them. You have children you care about a lot, and you want them to be part of your day. It's cute to have them there, and they can symbolize family and the future. On the other hand, kids can be prone to meltdowns. They might be nervous or reluctant on the day. Sometimes it's the adults you have to worry about too. Including some kids but not others can cause resentment. 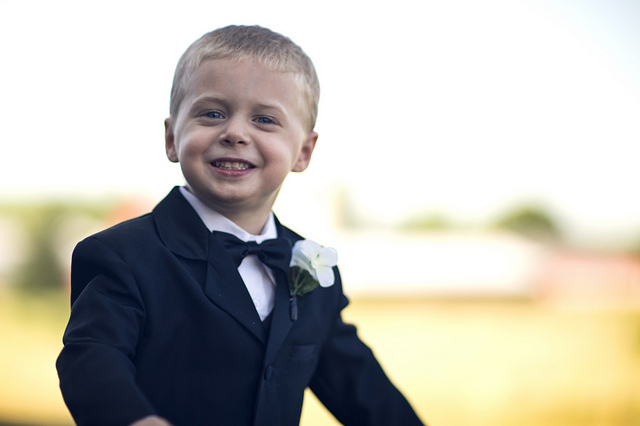 
If you do decide to have kids in your wedding party, you need to think about their outfits. The question for a lot of people is how formal they should be. Some people don't want to dress up a four-year-old in a three-piece suit, but still might want them to look smart. You can find plenty of formal but still child-appropriate clothes that will work. I found flower girl dresses from Red Hill Couture that offer cute choices. Instead of a full suit for boys, a pair of smart pants and a shirt can look just as good.


Children can often be unpredictable. Even if they're excited for their role on the runup to the big day, they might not feel so confident when it arrives. Firstly, you can never predict a toddler tantrum. And even kids in a good mood can get nervous or want to back out. It's a good idea to think about what to do if your munchkins don't want to walk down the aisle on the day. Are you going to forego their part in the ceremony or replace them with someone else?

Kids in your wedding party can make the day a little bit more special. But you need to decide if it's the right choice for you.

By At the Fence October 30, 2010
Hey Neighbors! This is the last day of the Fall Festival.  Sunday is a day off, and then Monday starts the Gift Basket Bonanza!  So I decided to make the last product a big one.  How many of you have heard of My Twinn ?  They are the most gorgeous dolls!  And the best part is, they can be made to look like your little girl.  I received a ready made doll for review.  She is so pretty.  Dressed for Fall too!  These dolls are so well made.  I am really impressed with the quality of My Twinn.  Not only do these dolls look like your daughter, they can even dress alike.  My Twinn is 23 in. tall.  Of course there are various accessories for your child to get to play with her new doll.  My Twinn also has baby dolls available.  What little girl would not want a My Twinn Doll? Isn't she pretty! When you custom order a doll, you will be asked to choose a skin color.  Send a picture of your child's face and describe any freckles or unique markings.  You also choose hair length
408 comments
Read more