9 Ways To Keep Your Home A Bug-free Zone 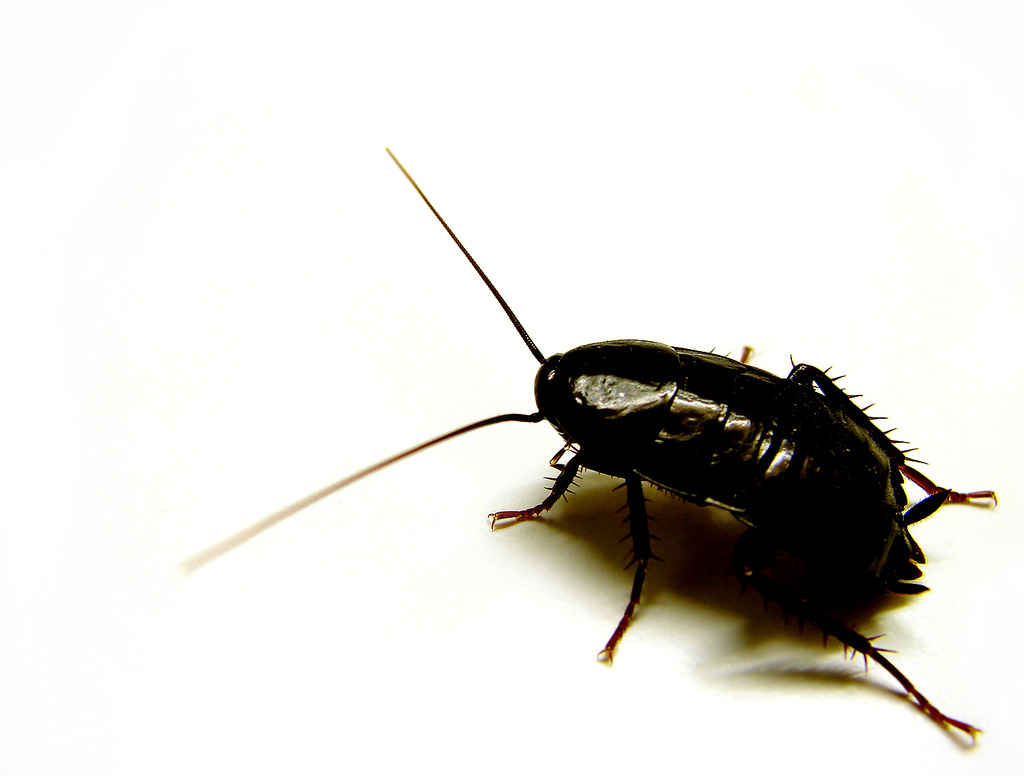 Insects and creepy crawlies invading your home? Critters can be a huge annoyance all year round – intruding in the summer to escape the heat and encroaching in the winter to escape the cold. For those with a phobia, they’re even more of a nightmare. With an estimated 10 quintillion insects living in the world (that’s 10,000,000,000,000,000 insects), there’s no measure that can be made to kill them all off. However, that doesn’t mean we have to co-exist with them. Many precautions and  deterrents can be put into place to debug your home. Tell those insects to bugger off!

Some people are so afraid of letting bugs in, they never open their bedroom window. For those hot summer nights, not being able to open the window for ventilation is silly (some invest in a fan, but they’re noisy and use extra power). To get the best of both worlds, invest in bug screens. These have miniscule holes in, big enough to let in the cold air but too small to let in the mozzies, moths and craneflies.

Locking your door won’t keep the bugs out. They’ll just squeeze in between the cracks – unless of cause you seal your doors. Adding sealing strips around the edges and a weatherseal along the bottom can stop all manner of creatures getting in, as well as preventing nasty drafts. You can even seal your garage door to put off those nasty garage spiders. Doors leading to outside should be your priority, but you can also seal interior doors, if not to stop insects moving room, then simply to stop whistling winds from open windows echoing around your house.

Check your walls and ceilings for cracks that could be letting in extra bugs. If you can slide a pencil in, this could be enough to let a young mouse in. Even what you may consider to be a hairline crack could be enough to flow of ants in. Block these cracks with caulk or mortar. Also check grouting around pipes and corners between skirting boards for gaps. Holes in floors and ceilings can also let in bugs. Take some time to wander around your house inspecting nooks and crannies. You’ll be surprised by how many potential bug entrances there are.

If you have a bin for food waste, make sure that it is regularly emptied to stop flies laying eggs in the summer. Spilt food and crumbs should also be cleaned up as soon as possible. If you live in a hot climate, such spillages could attract ants (especially anything sugary!). Keep an eye on pet food as this too can attracts flies and maggots in hot weather if not regularly changed.

A cat or a dog can act as a great predator against pests. Not only might they ward off mice and rats, but other bugs such as beetles and spiders. Of course, animals can also welcome pests into the home such as fleas and lice, so it’s important to keep your animal regularly checked up at the vets (if you’ve been experiencing itchy legs or feet recently and you have an animal, it may well be fleas!)

Big bright lights on the exterior of your home can advertise your home to flying insects. It is believed bugs are attracted to artificial light as they mistake it for the moon, their navigation source. Used to the moon being so far away, they get confused and no longer know which direction to go and so spend the night constantly flying in circles and headbutting the light. A way that can minimise insects being attracted to your home is by installing sodium vapour lamps outside. These aren’t as bright, but are more natural and insects aren’t as likely to be attracted as a result.

There are many chemicals available on the market for getting rid of bugs. But if you want to go natural, you can always try some more experimental methods. Cinnamon is supposed to be a good deterrent against ants. Find the entrance where the ants are coming from and sprinkle it with a spoonful, and it could stop the flow. Putting honey in a jar attracts wasps and cockroaches that then get trapped in the jar. Similarly a bottle with an inch of wine at the bottom can attract fruit flies, which in turn get stuck at the bottom. Drinking quinine often found in tonic water is thought to be a natural repellent against mosquitoes (its why the British in India started putting tonic water in their gin creating Gin and Tonic!). Putting conkers (seeds of the horse chestnut tree) around the house meanwhile is believed to be a good natural deterrent against spiders. Not all of these methods may work, but they could be worth a try.

Call in an exterminator

Some infestations may require professional intervention. You should never attempt to remove a wasp or hornets’ nest by yourself and are best getting someone to fumigate the place. Similarly, if you’re lucky enough to own a Spanish holiday home and it’s infested by ants, don’t be afraid to call a ‘exterminador 24 hora’– ants can have much bigger nests on the continent and leave much nastier bites the further you go from there.

Keep on top of cleaning

By far the most efficient and simplest way to keep on top of bugs around the home is to keep your home clean and tidy. Keep food stored away to prevents ants and cockroaches, drain sinks full of dirty water to discourage flies and mosquitoes and clear cobwebs to stop spiders breeding (although spiders can be very useful against fly infestations!). Less dust also means less dust mites, tiny parasites which in turn attract other bugs. Hoover your carpets regularly and dust surfaces such as windowsills and shelves. You don’t have to be OCD – a little spring clean now and then might be all you need to keep away the critters.

Janet W. said…
We finally caved and hired an exterminator. What a difference it makes around here! These are all great tips.
December 11, 2016 at 12:53 PM