By Hope April 27, 2016
Have you ever wondered where the term "easy as pie" came from? To many people it may seem like an odd phrase, because let's be honest, many people prefer the ease of popping a frozen pie in the oven for an hour, or picking one up at their local grocery store. The phrase actually came not from the pie preparation though, but from the consumption, and is used to describe a task that is simple and pleasurable. I'm sure we would all agree, eating pie is both simple and pleasurable! Recently I was asked to make an apple pie for someone who doesn't bake, but wanted to taste a homemade pie. Of course I gladly obliged, and took pictures of each step so I could be sure to share it with our readers. This will take you a little longer than running to Perkins or putting that Sara Lee in the oven, but be assured it is well worth the extra effort. The taste of homemade apple pie can not be beat! 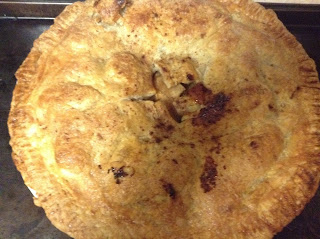 Directions:
Combine 2-1/4 cups flour, 1 tablespoon sugar, 1 teaspoon cinnamon and 3/4 teaspoon salt. Dice 1 cup butter into small cubes, cut into flour mix with pastry blender. Add ice water 1 tablespoon at a time until dough comes together. Separate into two balls, cover with plastic wrap, and chill in the refrigerator for at least one hour. 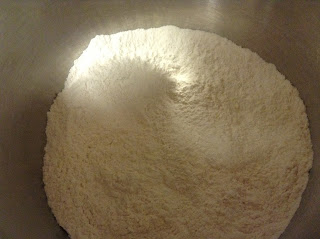 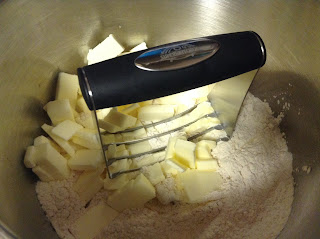 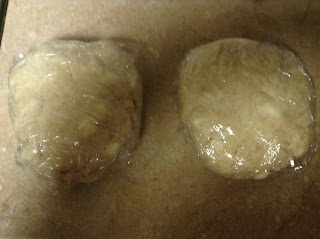 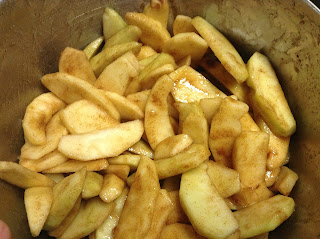 On a floured surface, roll out one ball to a 12" circle, place into 9" pie plate and trim edges. 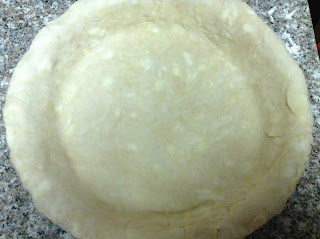 Pour filling into the crust (this will seem a little full), and top with 6 tablespoons cold butter cut into small cubes. Roll out second ball of dough to 12" circle and place on top of the filling. Trim edges and press crusts together to seal. Stir milk and egg together, brush over top of pie crust and sprinkle with sugar and cinnamon (if desired). Cut a few slits in the top to vent. 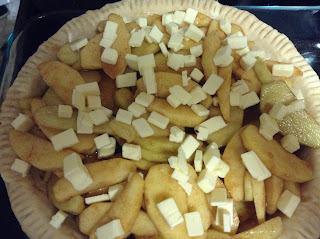 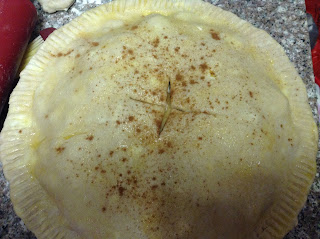 Bake at 400 for 20 minutes, reduce heat to 350 and bake for approximately one hour. Let cool at least one hour before serving.

So there you go, next time you're craving some apple pie a la mode, don't buy that frozen tasteless pastry at the grocery store. Instead make your own and savor the taste of cinnamon, sugar and apples baked together in a flaky cinnamon crust!