Where Are the Bears? Gatlinburg

As you all know if you follow At the Fence on Facebook or Twitter,we have been on a 2 week vacation.  We were in Pigeon Forge TN for the National Quartet Convention and then we went to Atlanta GA for a preaching event.  Needless to say I have had little time for posting, or for keeping you all updated.I   had a few posts I was able to get up, and the rest of the time it was just quick Facebook posts and Tweets. 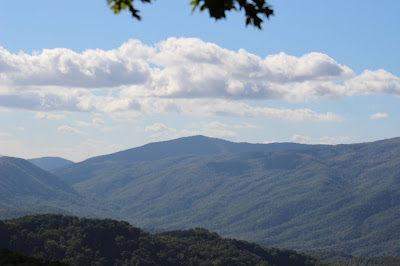 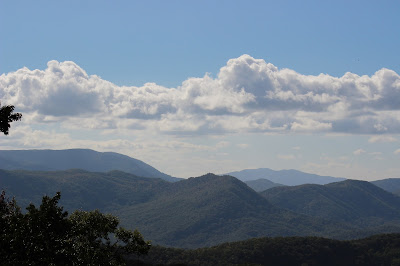 So, now that we are on our last day of the trip, we get home tonight, I wanted to take a moment and share one of the special things that happened on our visit to Gatlinburg.  Someone had mentioned to my daughters that there was a nature drive you could take through that section of the mountains that was not only beautiful, but that you would get to see some bears because they were so active at the time.  Well, we loaded up for the drive, made sure we had our cameras and headed out.  The route was approximately 6-8 miles long.  When we began everyone was anxiously watching out their windows for bear. 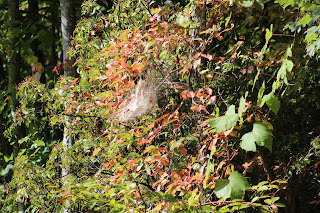 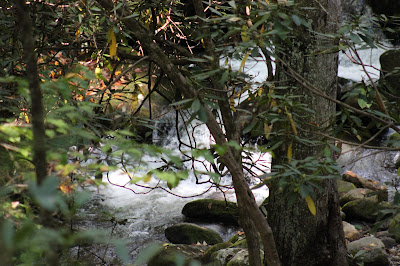 While we saw quite a bit of beautiful sites, we soon started joking about seeing squirrels, and trees and such, but no bears.  We did manage to get some beautiful pictures from the lookout spots and then we came upon the falls.  They are simply gorgeous!  Still no bear though.  We were nearing the end of the route and decided we would not see any bear, but were quite happy with the pictures we were able to take. 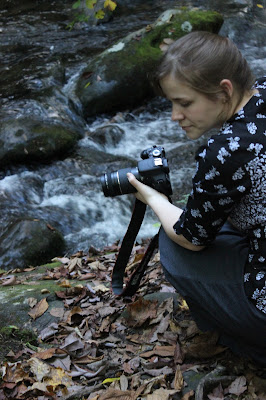 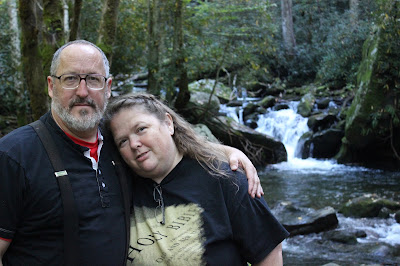 We headed back in to Gatlinburg and as we neared the main street I glanced over into someone's yard and saw what looked like a black, bear statue.  I started to joke about it when the bear moved and two others appeared.  We were able to see a mama bear with her two cubs.  Not only did we get to see them, they actually walked right towards our vehicle, crossed the road in front of us and went down the embankment into a small stream.  They crossed over and came up the bank.  Two teenage bikers were approaching as they prepared to cross the street and you should have seen their faces and watched how quickly they turned their bikes and peddled in the opposite direction. We watched for a few minutes and heard the two cubs fight over an apple and when they became so intent on fighting the apple rolled off and mama ate it. 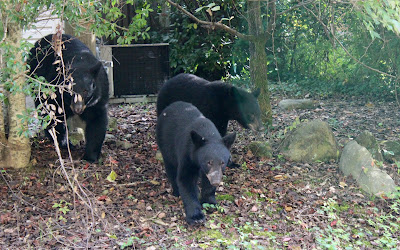 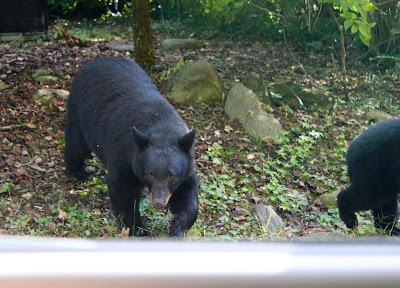 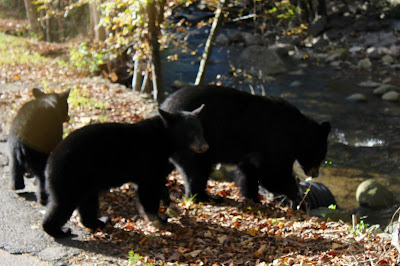 What a great ending to our bear hunt!  We were quite surprised though to see them in town, instead of out in the woods! 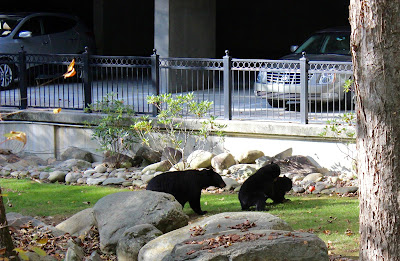