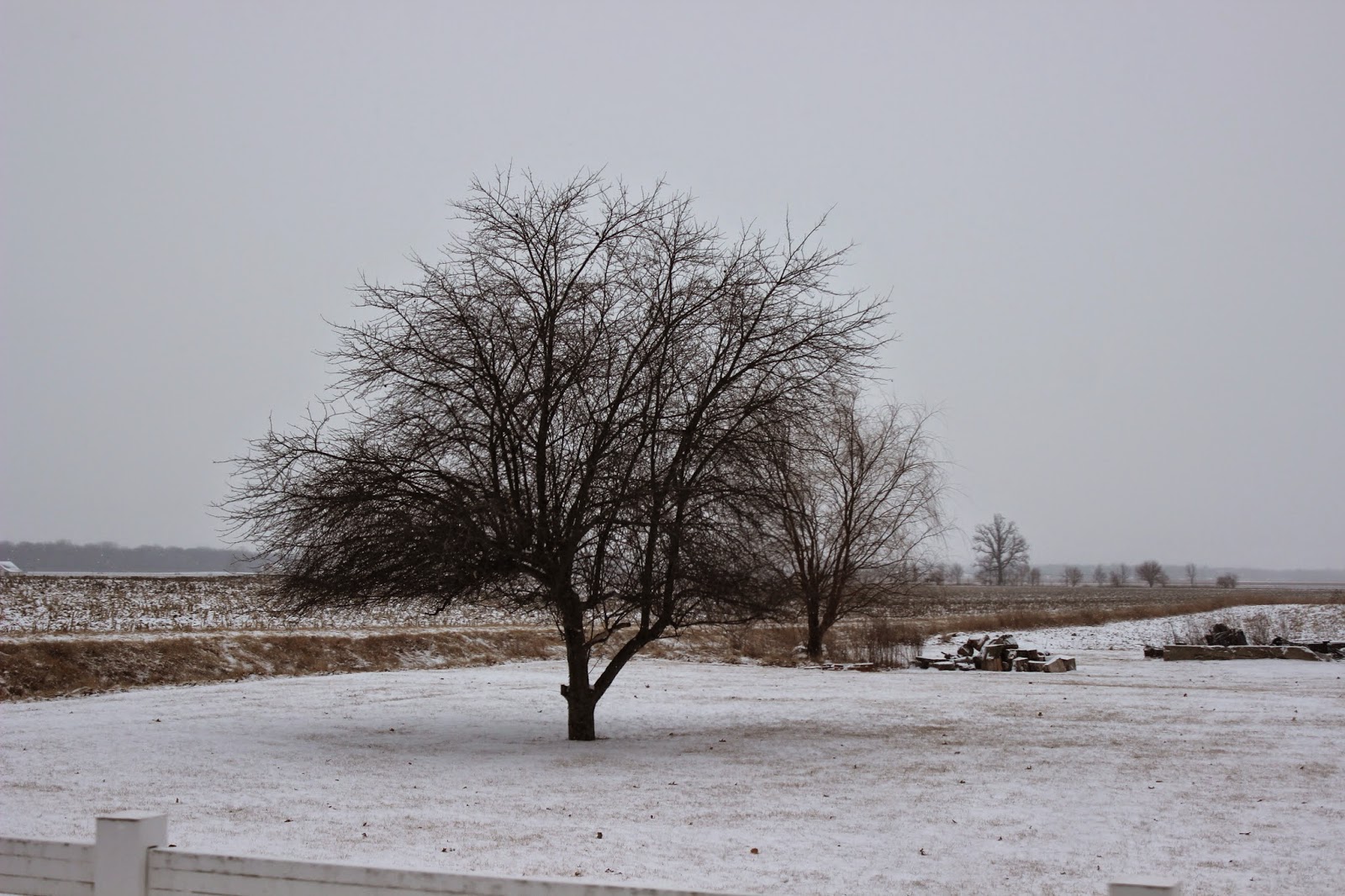 Well, we headed out yesterday morning for the Creation Museum in Hebron KY.  Little did we know when we left that we were going to run into a snow storm!  We actually drove the last few hours in a snow storm.  We hit snow in Indianapolis and it continued the rest of the trip.  We saw three accidents shortly after leaving the Indianapolis area. 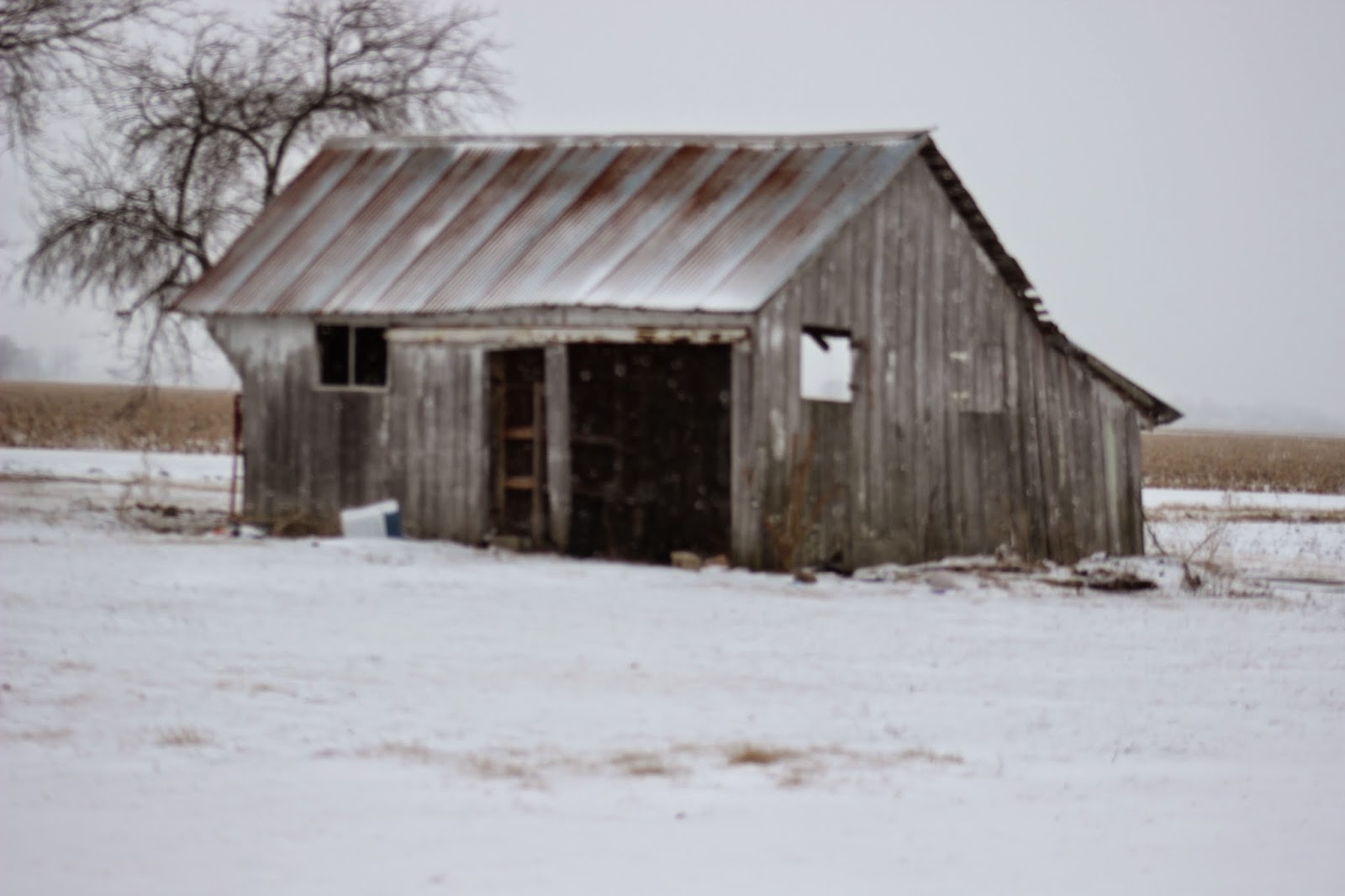 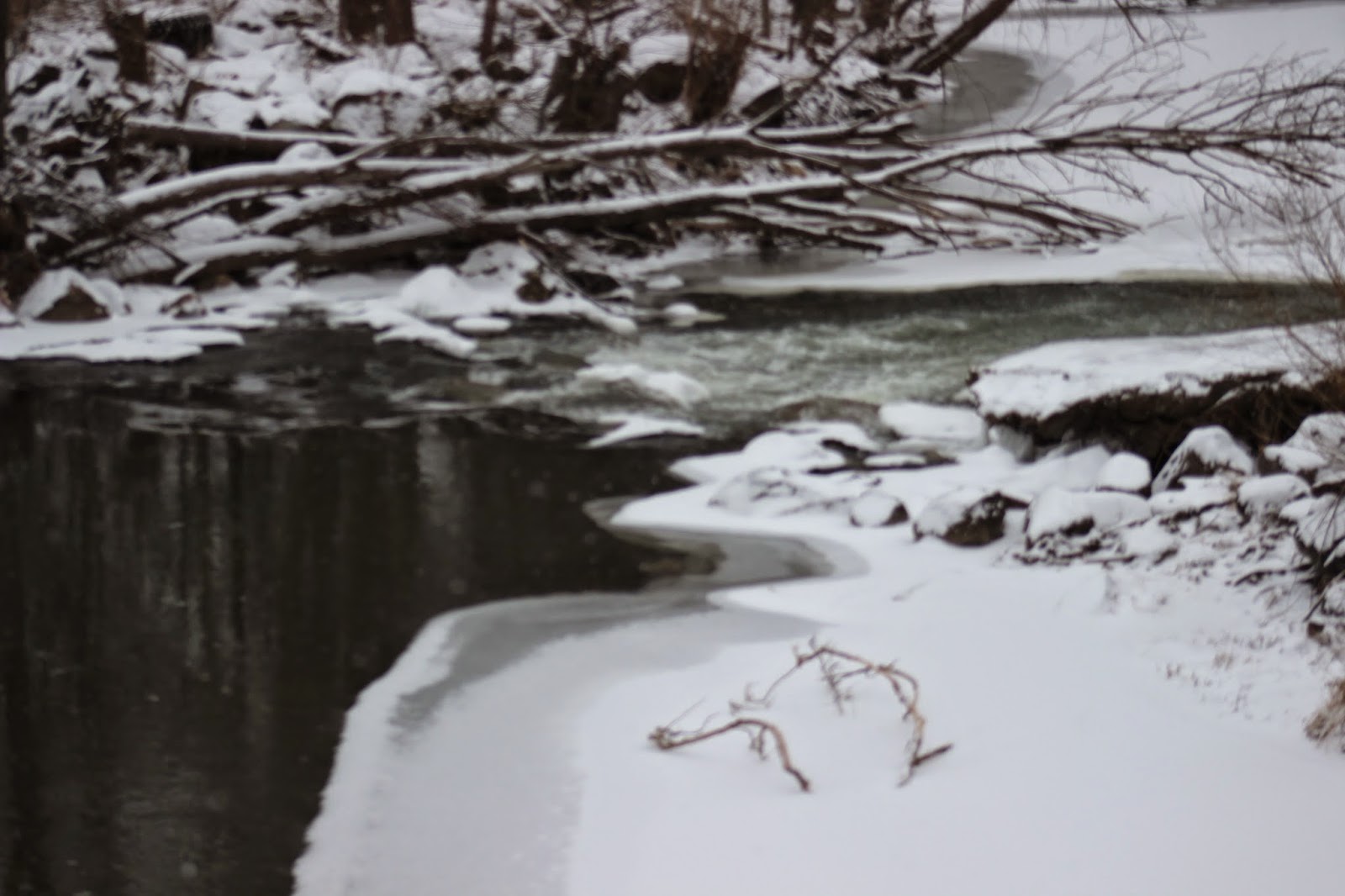 The snow continued to fall, sometimes heavy, occasionally lighter.  The wind did not help any.  We drove reasonably slow the rest of the way.  We did have drivers that whizzed by paying no attention to the road conditions. 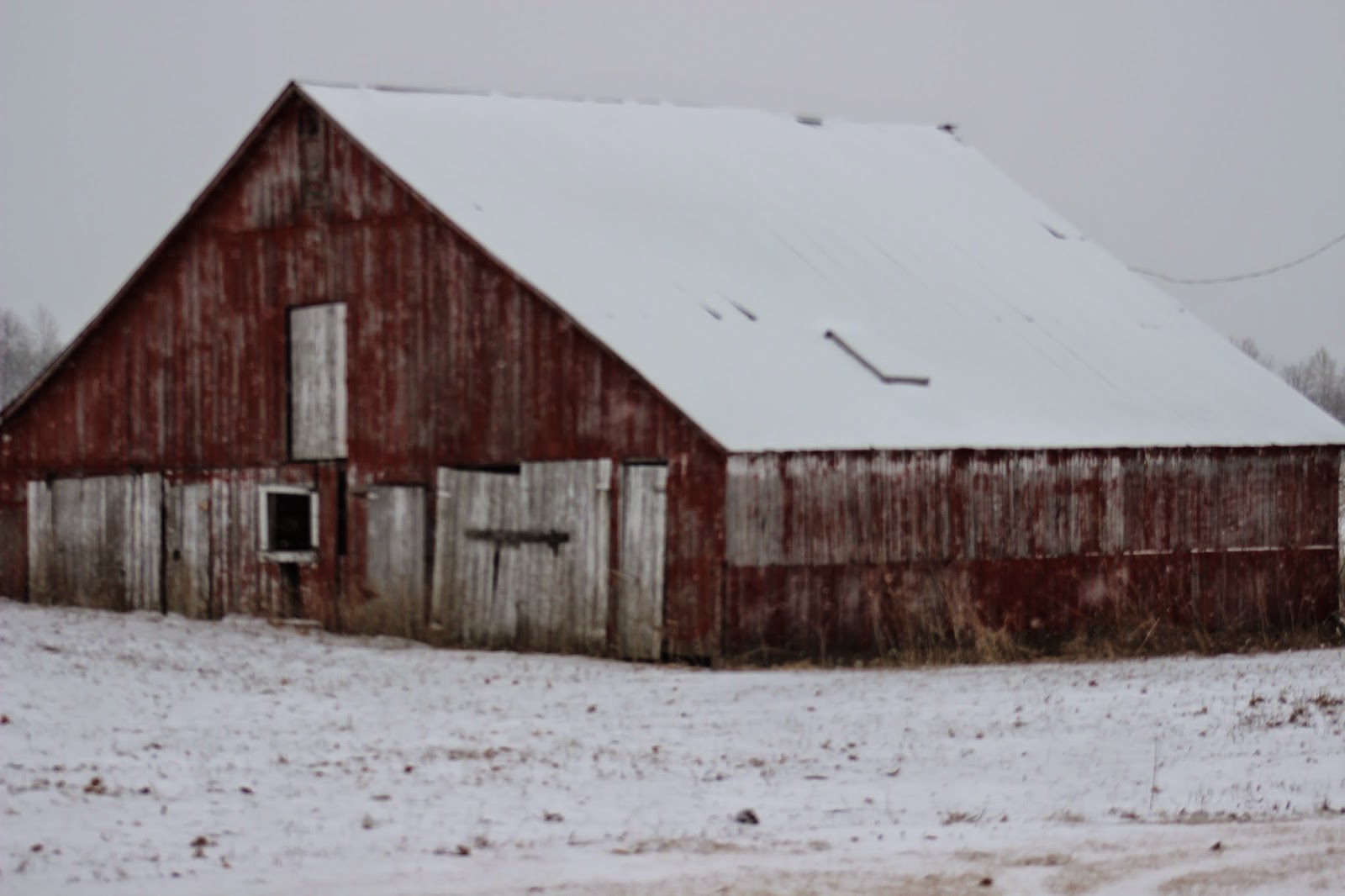 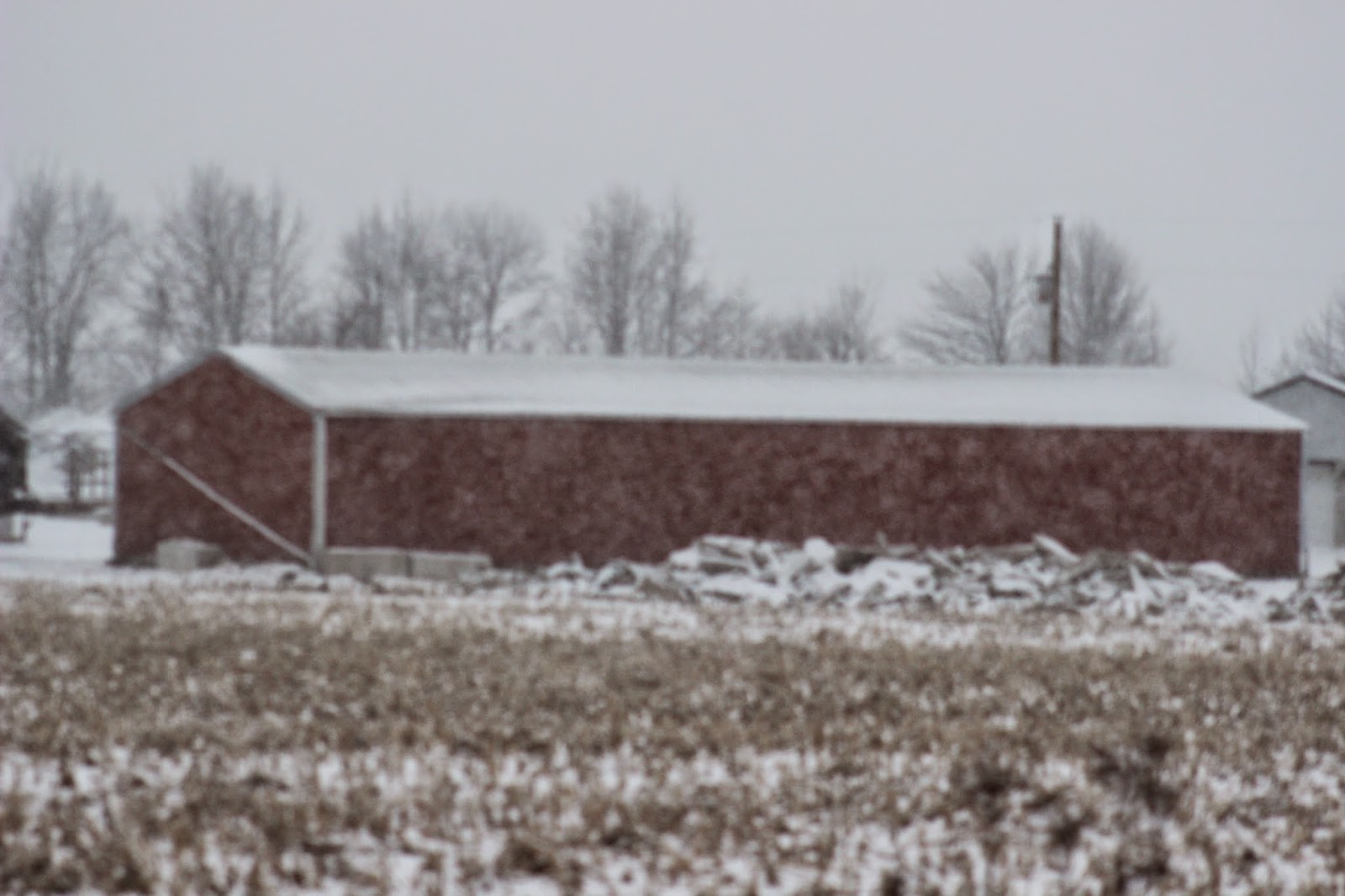 As we neared our destination I called the hotel to find out how the weather was there.  The woman working the front desk didn't seem to think we would make it.  She said it was pretty bad.  Needless to say we made it.  As we entered the hotel a Dominos delivery driver was leaving.  Since we had not yet eaten we asked if they were still delivering.  He said yes, but he was aggravated as his last couple of customers had not given him a tip. 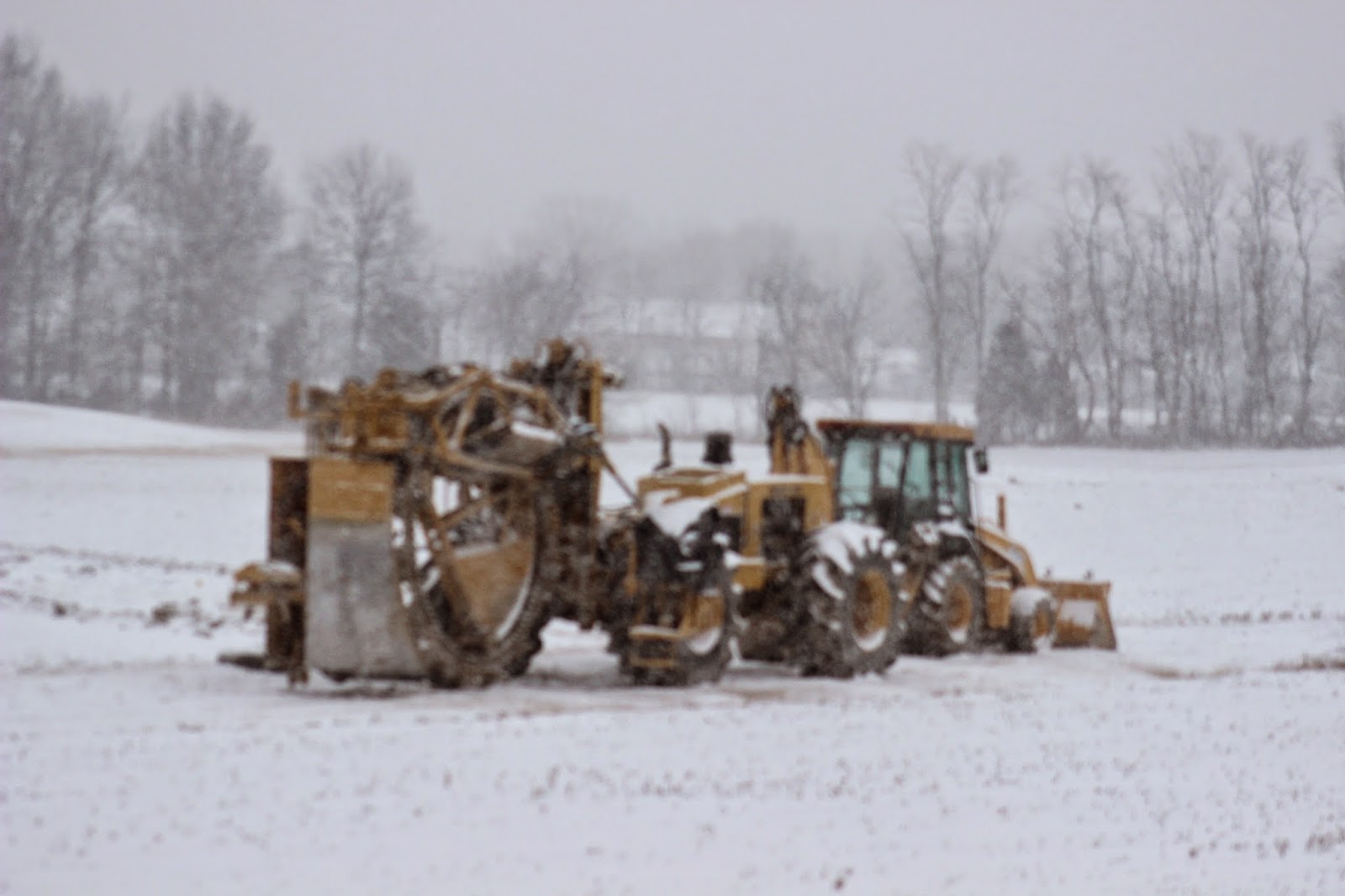 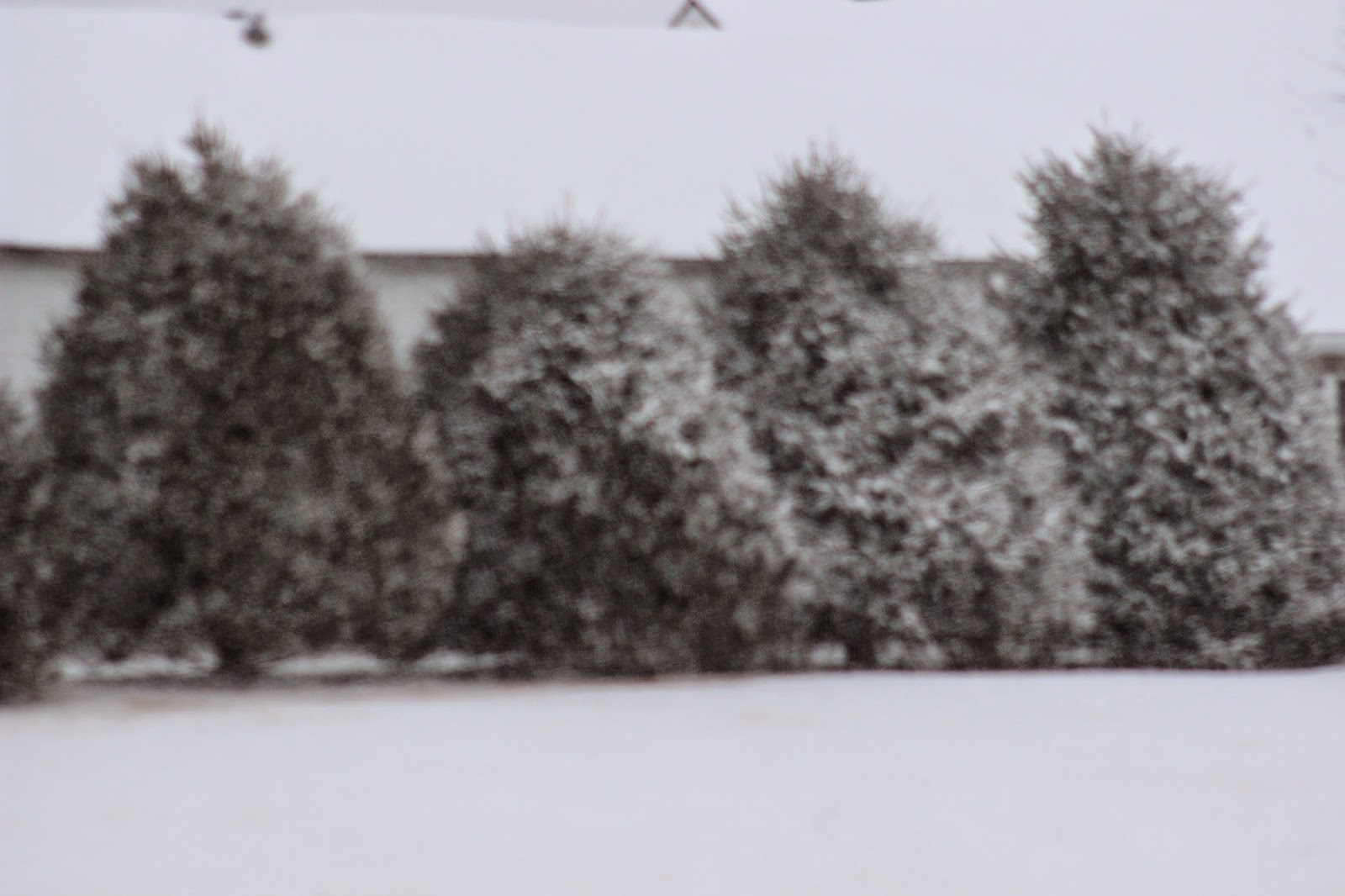 After getting settled in our rooms we called Dominos and were told there was a 2-3 hour wait time.  I guess everyone wanted pizza.  After our pizza was delivered about 2 hours later we all settled in for the night.  We awoke to several inches of snow on the ground, but the roads were at least clear.  After making a few stops we decided to just relax today and visit the museum tomorrow. 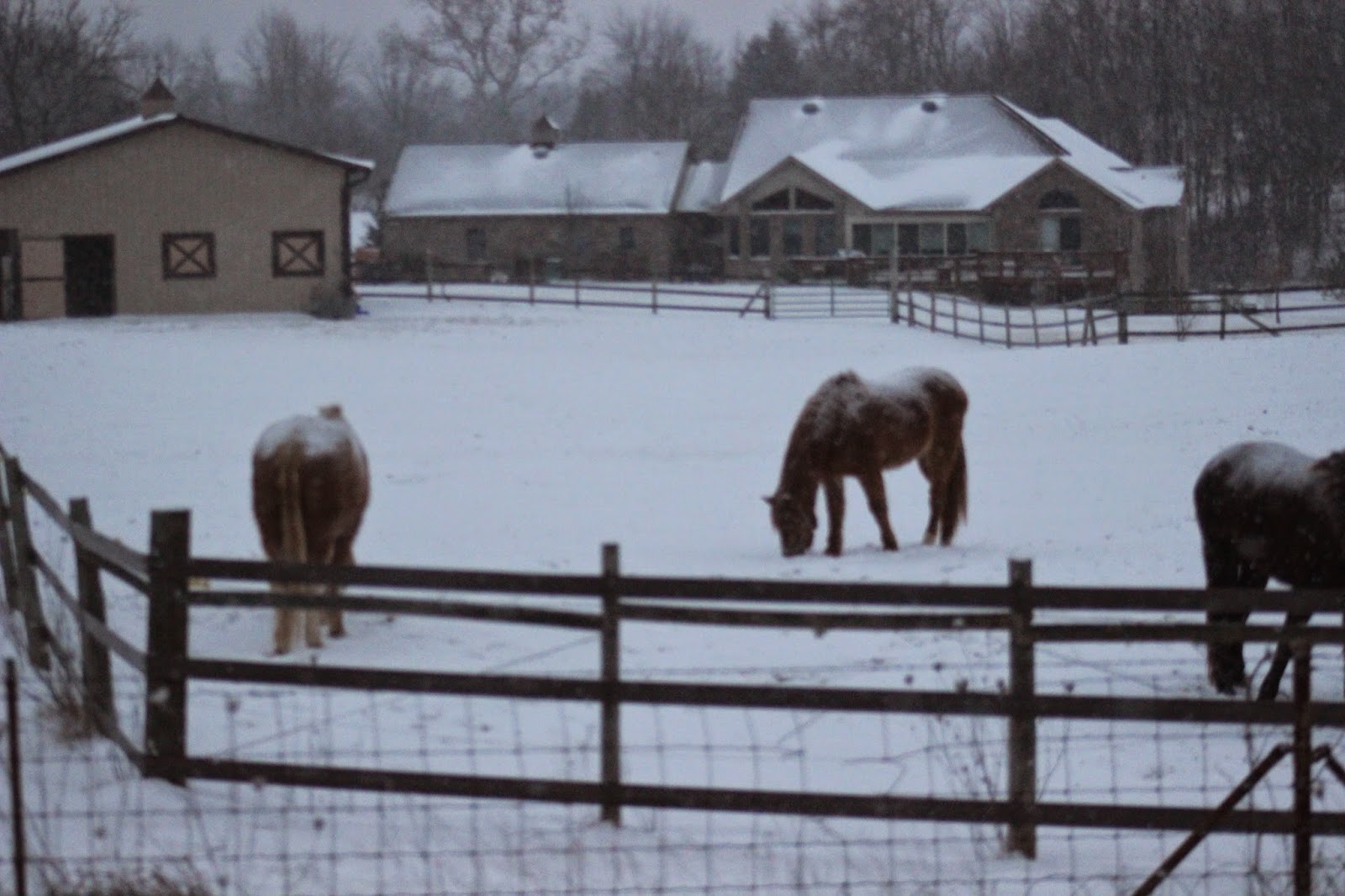 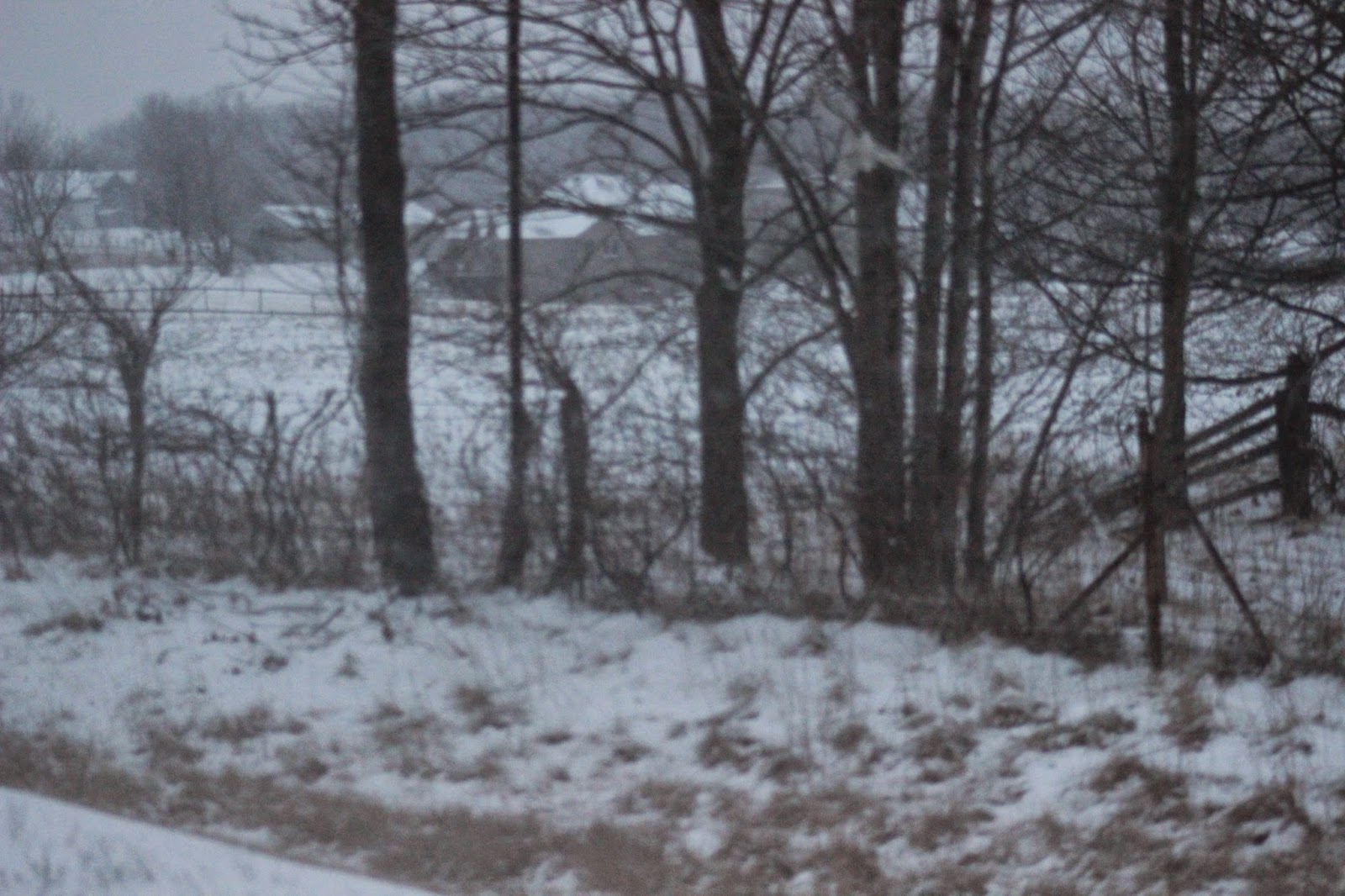 I am sharing a few pictures from our trip and I am sure we will have more to share tomorrow after we visit the Creation Museum.  So, since we drove through a snowstorm we are going to start a giveaway for a $5 Amazon GC.

So let's get started.  Share with us your worst winter weather story.  Thanks for stopping by and see you soon.

Unknown said…
We had a snowstorm that kept the electricity off for 2 weeks. We lived in the basement and cooked over an oilburner.
http://instagram.com/carlaaldrich http://pinterest.com/jacksondeb/
February 18, 2015 at 6:22 AM

Marisa said…
In the early 90s my future husband picked me up from college in Massachusetts to drive me back home to NY for winter break. There was a huge snowstorm following right behind us the whole time, close enough that we were hearing on the radio that bridges and roads were being closed almost right after we crossed them. We made it home safely but it was a very scary 6 hour drive! He ended up being snowed in at my family's house for a few days.
February 18, 2015 at 12:19 PM

Marti Tabora said…
In January of last year we had freezing rain here and that has never happened before. I didn't go to work for two days and there were accidents everywhere because people in Florida don't know how to drive on ice.
February 18, 2015 at 12:32 PM

Nancy said…
One time we were traveling cross country. We were driving into Tennessee and it was snowing so hard it was very difficult to see. Happily, we arrived safely.
February 18, 2015 at 12:33 PM

Jennifer Wilson said…
My mother was on dialysis and Hurricane Sandy hit us as a blizzard. There was a power line down in our driveway so we couldn't get out of the house so Mom could get her dialysis treatment. (Without it she could die). The power company didn't care, the sherriff's office said they couldn't get the power company to do anything. I had friends tweeting to the govenor and finally a Facebook friend who writes for the paper gave the power company a call. When she called, they made it a priority to check the line to see if it was live. It's all in who you know sometimes. As soon as we knew it was save to allow the line to touch the car we went to a motel (we had lost power and heat) and the next day Mom was able to have her dialysis.
February 19, 2015 at 9:38 PM

Unknown said…
I would have to say being snowed in without heat and food a few years ago. Kinda of scary. - shaunie on rafflecopter
February 20, 2015 at 12:22 AM

Natalie Crossan said…
being stuck in the snow at the bottom of a hill with my daughter in her buggy!
February 21, 2015 at 6:08 PM

Jackie said…
When i was younger, I was driving to work in a snowstorm. My car spun around several times. I ended up facing the opposite direction that I was heading. I took it as a sign that I should just go home.
February 23, 2015 at 6:56 AM

Unknown said…
I would say the worst is when there was a storm coming. I work in the hospital they offer a free hotel room. I choose to go home and the next day when I had to go to work I was unable to get out of drive way. I ended up having to call in sick.
February 24, 2015 at 7:41 PM

Connie Sowards said…
We had an ice storm that took out the electricity. It lasted a week. We used our wood stove to heat and cook. My husband rigged up a homemade shower. Although it was intense and hard work, it actually was kind of fun. The ice was beautiful on the trees!
February 26, 2015 at 1:31 PM