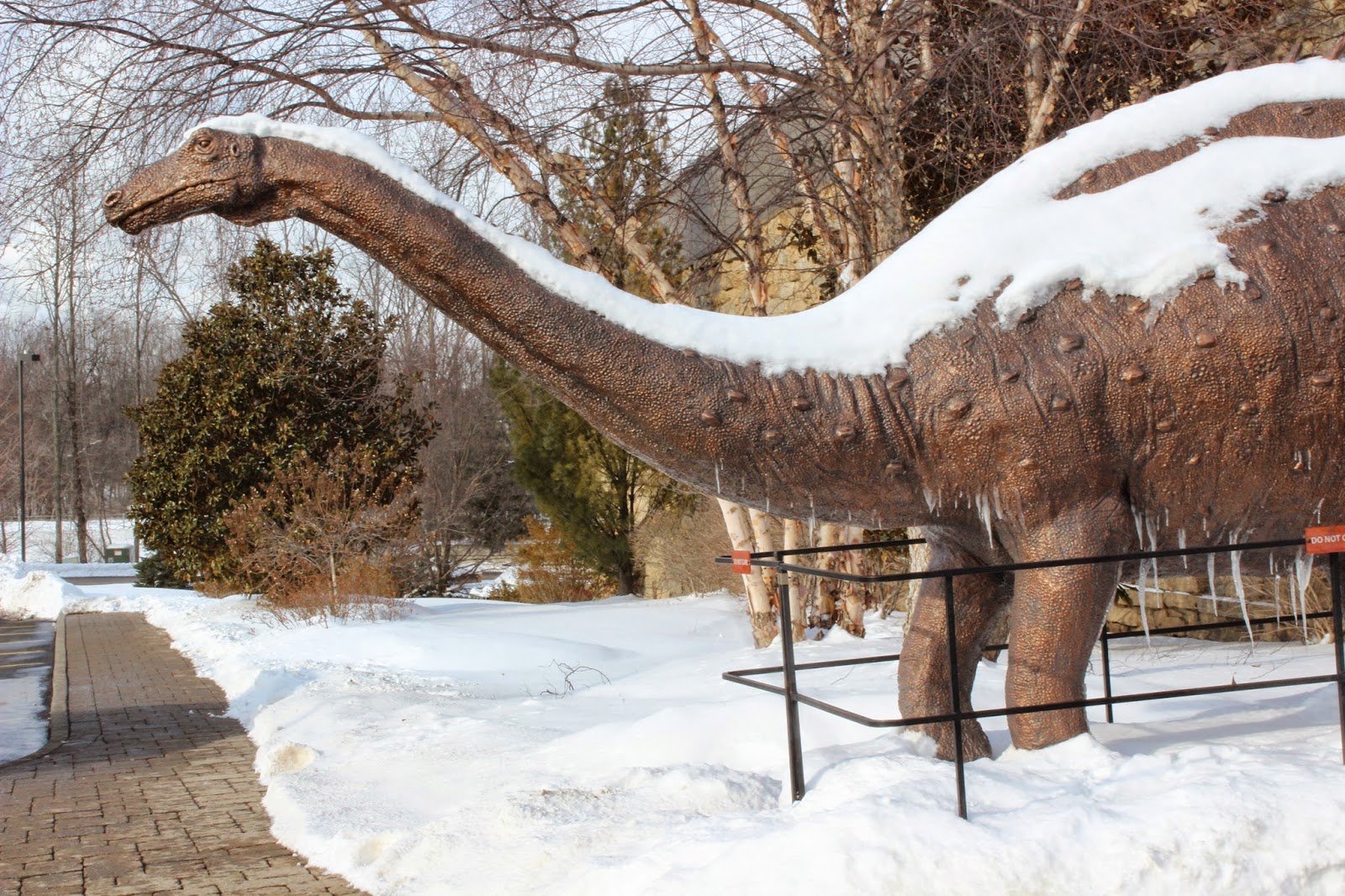 Many of you know we too a quick trip to visit the Answers in Genesis Creation Museum in Hebron KY.  You heard about our trip there and how we ended up traveling the last portion of our trip in a snow storm.  I have already shared some of those pictures.

Here is what I am going to do regarding the Creation Museum.  I am going to write a couple of posts because while we were there we visited the store and I picked up a few things to giveaway.  So, this first post will be about the Buddy Davis concert we went to. 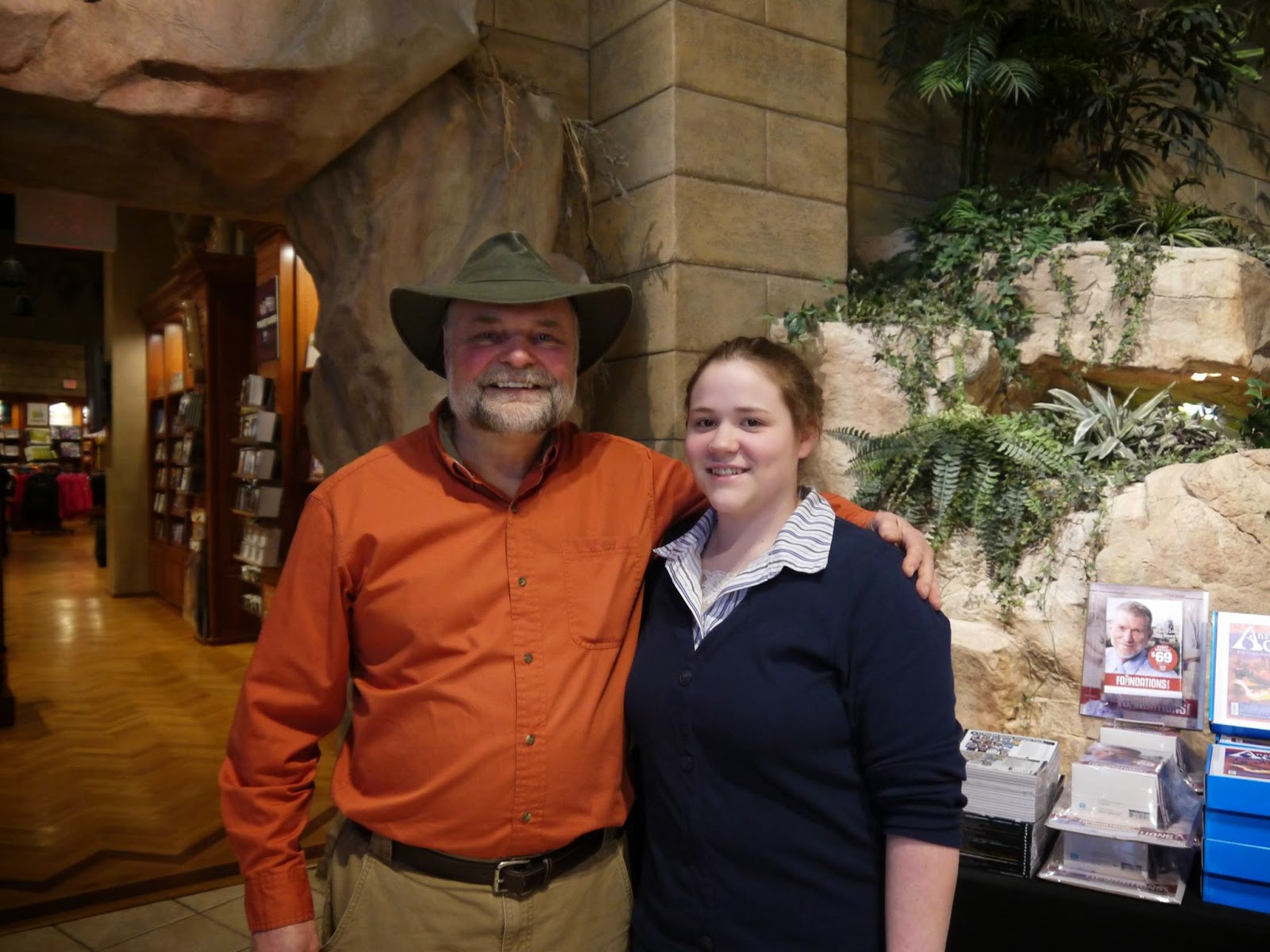 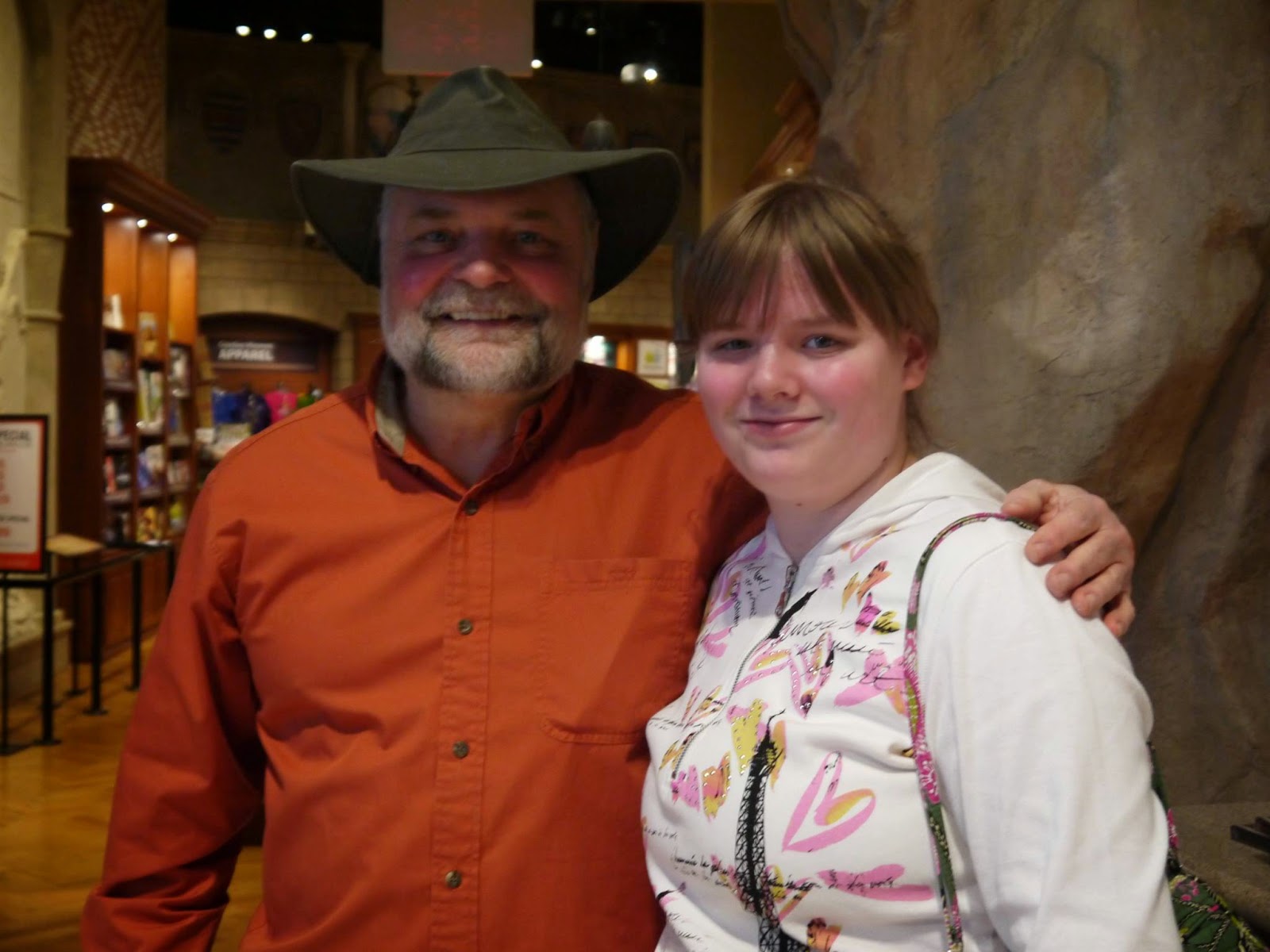 Buddy Davis also has several music CDs.  We own several of them and we purchased another one when we visited this time.  Of course we listened to it several times on the return trip.  He also has a few DVDs that are both fun and educational for children.  Adults like them too!  And yes, we own most of these too!

Buddy and his wife Kay were at the museum quite a bit when we first began visiting the museum several years ago.  Now however with his speaking schedule he is not there quite as often, which made this trip really special to the girls because they had not seen him in quite some time.  If you want to stay up to date with Buddy Davis, you can follow him on Facebook - HERE. 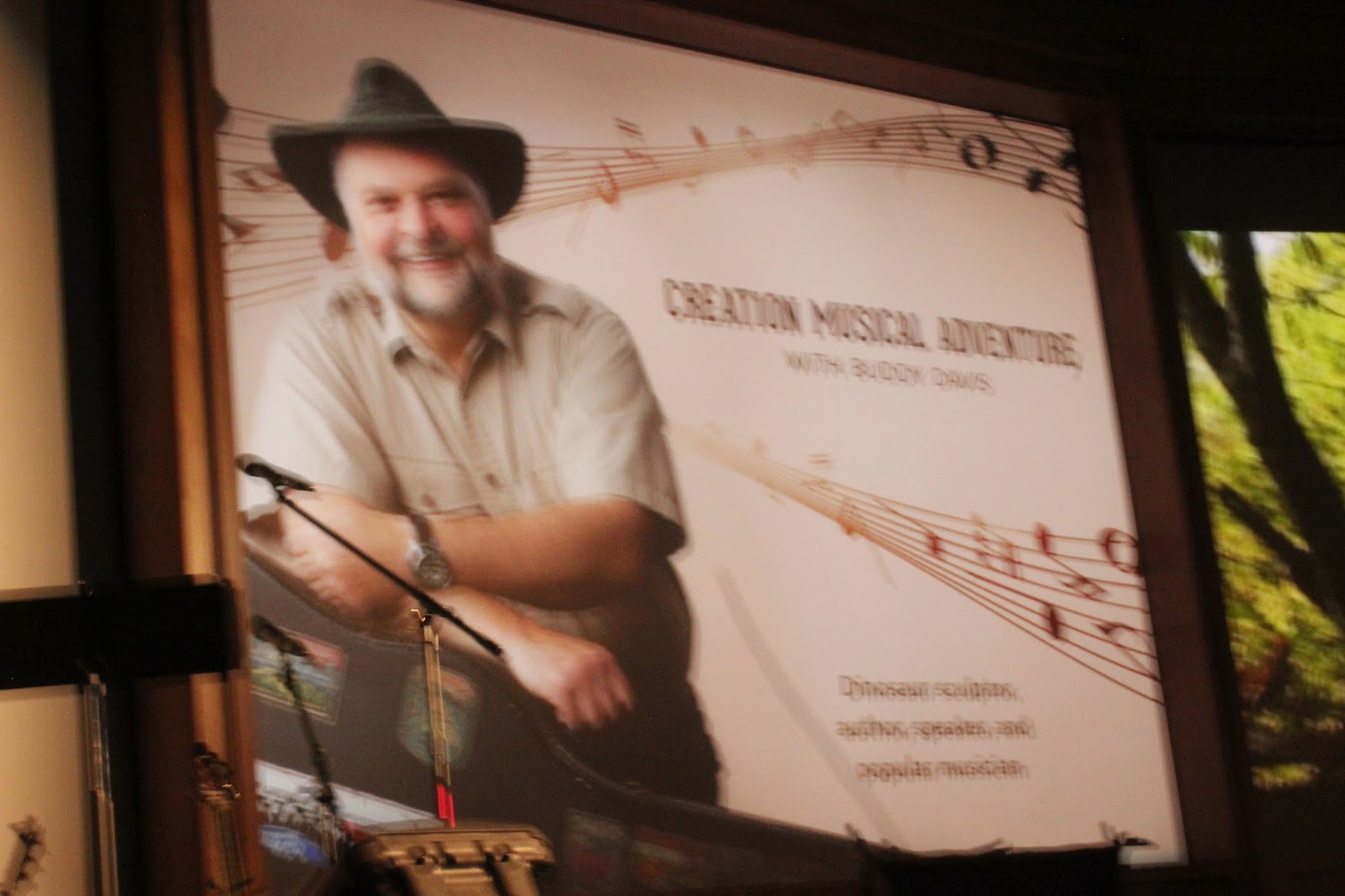 The concert began at 3:00 and ran approx. 45 minutes.  We heard several old favorites and then were quite excited to hear some new ones too.  My daughters have always enjoyed Here Kitty, Kitty, which we were once again able to hear, along with the Woodpecker song. 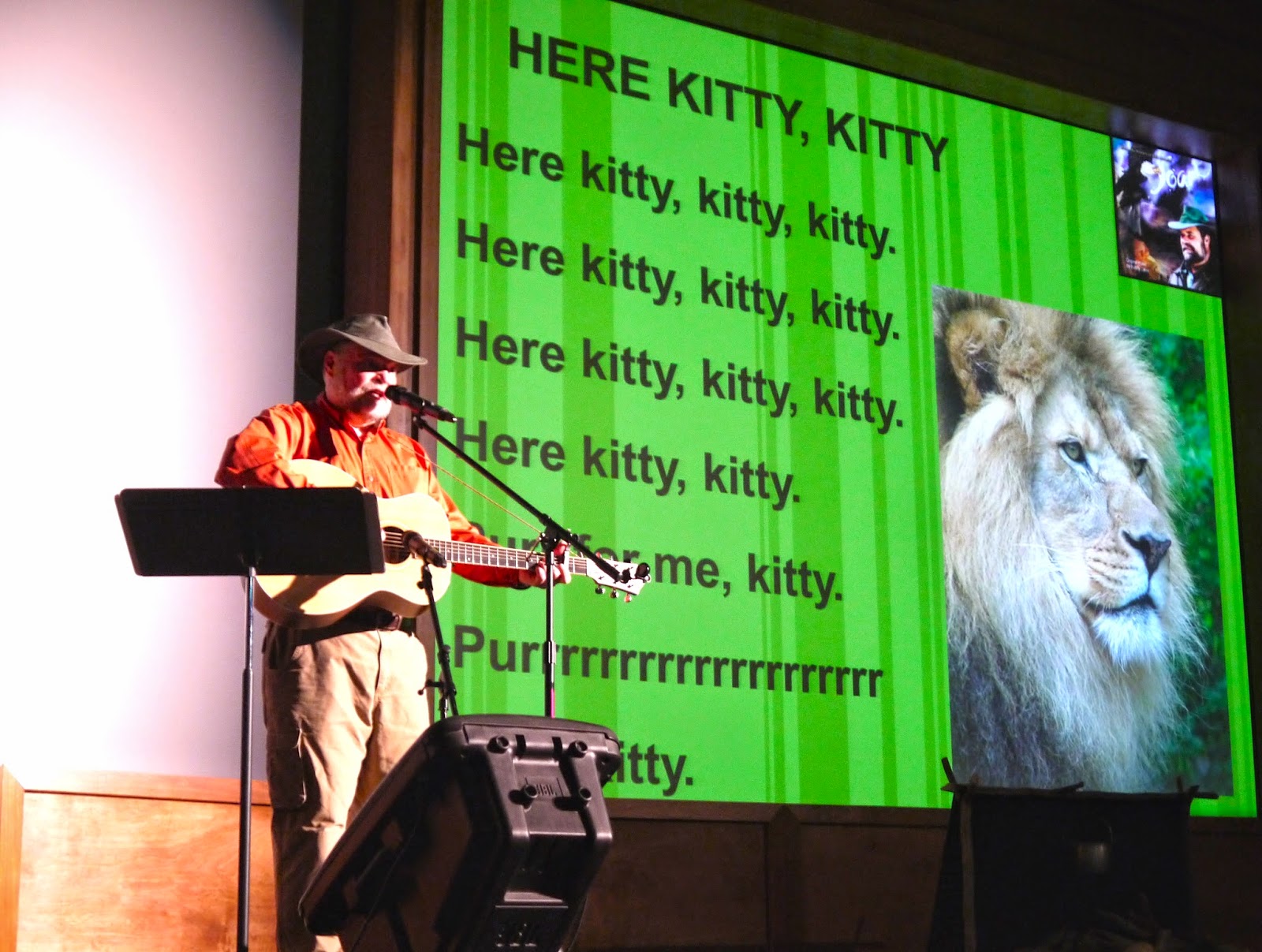 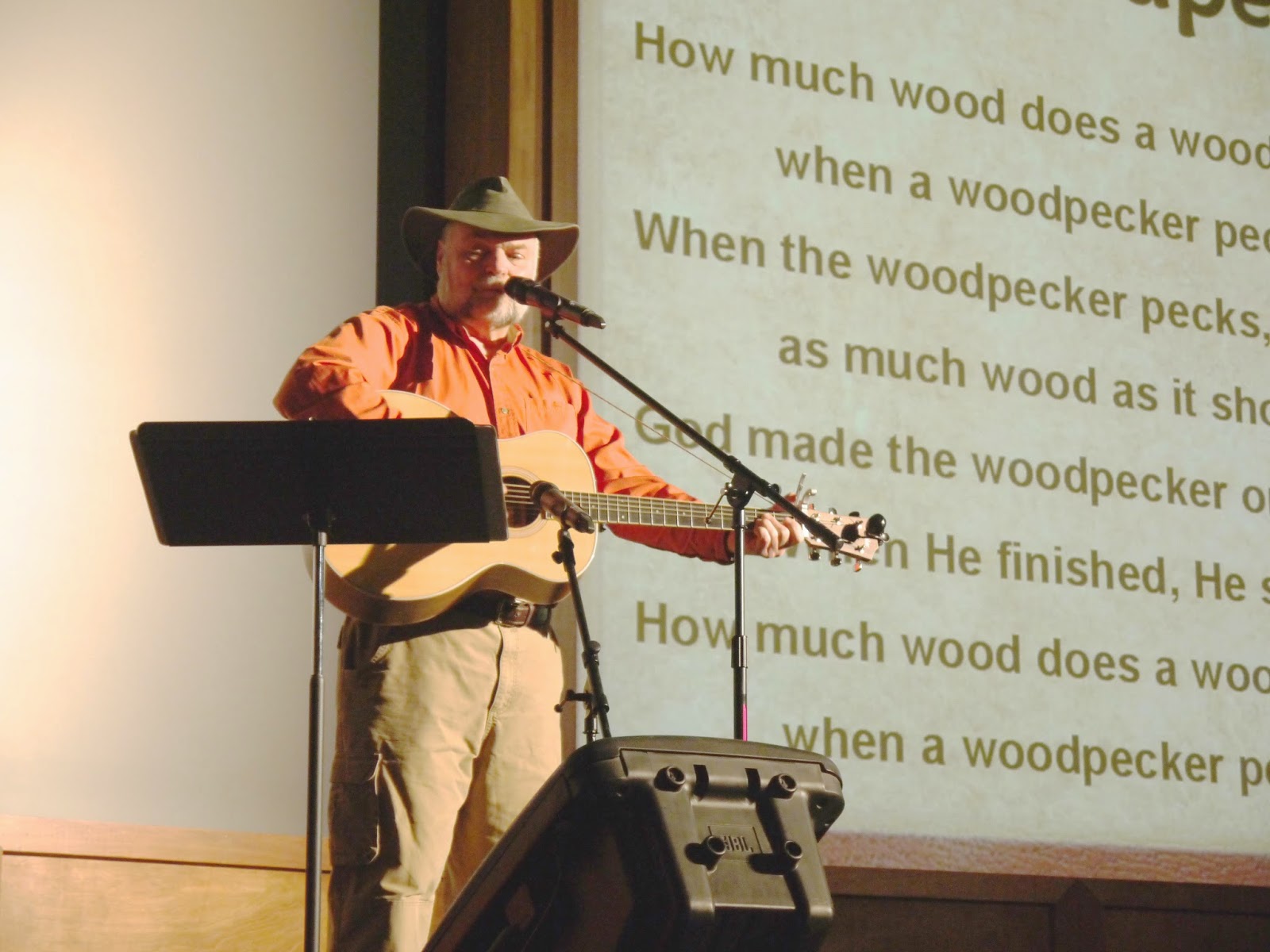 One of the things I personally appreciate is he gives the gospel message during his concert.  Also I like that many of his songs take a stand regarding Christianity.  He could easily just sing about creation, but takes time to sing about other issues we face as Christians.

If you have never visited the Answers in Genesis Creation Museum, it is well worth the time and effort.  Presently for 2015 they are offering a special of buy two admissions get two free, perfect for a family of four.  Believe me, you can spend all day there.  Our first year we actually visited about 7 times.   The museum is located in Hebron KY, just outside of Cincinnati Ohio. 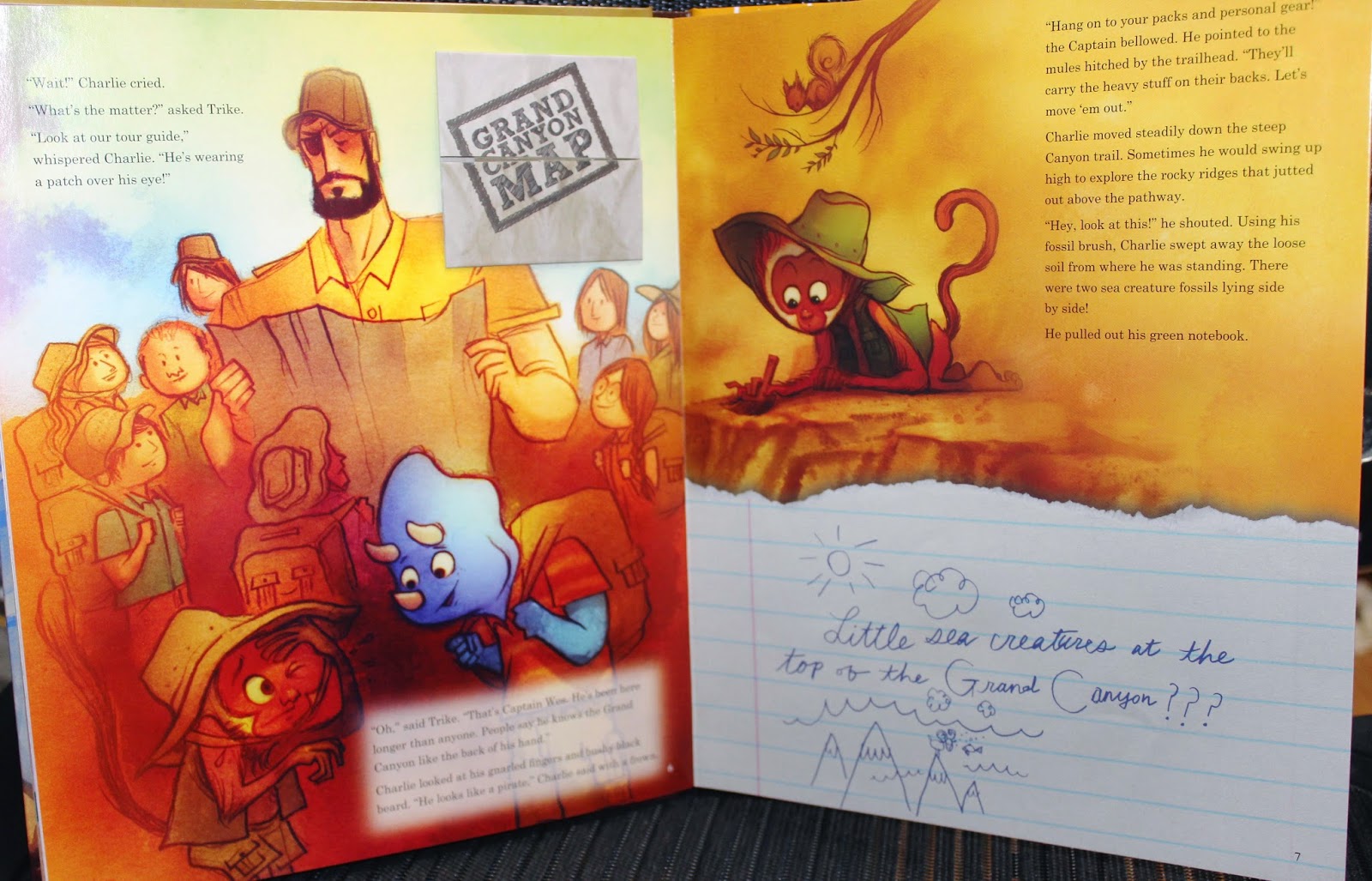 Now for the giveaway!  This one is for the kids!  I have a book called: Charlie and Trike in the Grand Canyon Adventure by Ken Ham with Karen Hansel and a Charlie and Trike water bottle.  Let's go!
Thanks for stopping in and see you soon!