When Calls The Heart Party! 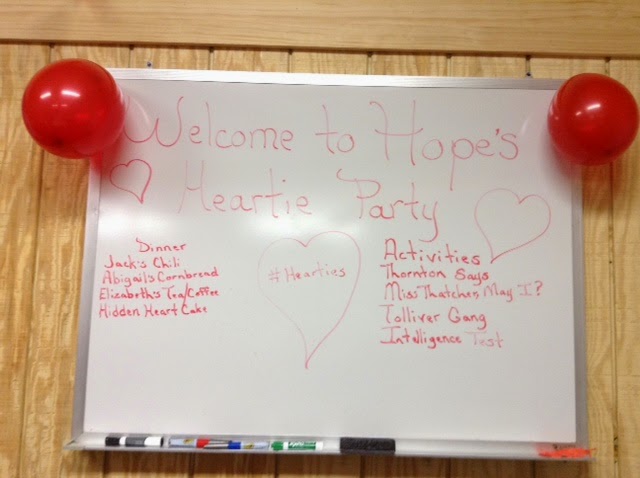 Well, we recently did a When Calls The Heart Party for my older sister Hope.  Remember, I told you I would do a post about the entire party.  So here it is! :D  We held the party out in our Taekwondo studio so we had plenty of room. 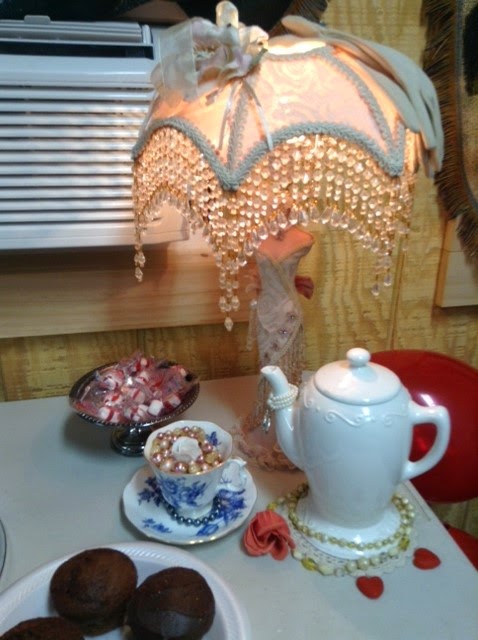 We got some ideas from some other peoples #Heartie party's, and then put together our own.   We gathered a bunch of our old teacups and our vintage style lamp and so on! We put pearls and old necklaces all over! Can you tell we like vintage items?  We also did the red heart cutouts, that you know know how to do if you read my last post! 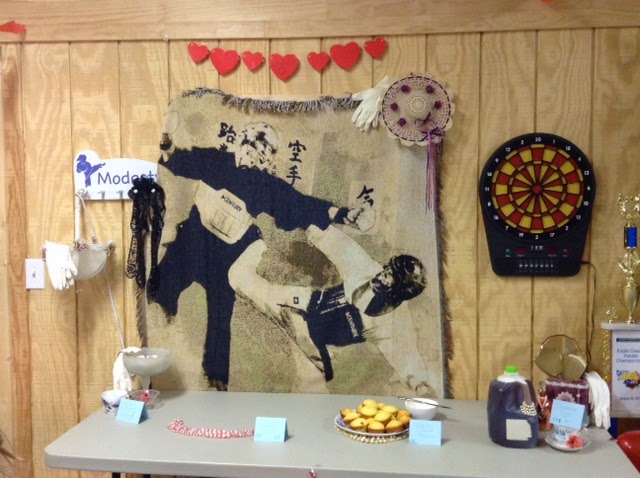 We had a Dry Erase Board on the wall where Modesty wrote out the menu and games!  We also came up with a new version of Mafia, a game we play. :D  For those of you who have never heard of Mafia basically you have a sheriff, a doctor, townspeople, and the mafia, and you try and stop the Mafia from killing the good people! So instead of the sheriff we had Constable Jack Thornton.   We replaced the Doctor with Abigail Stanton, then for the townspeople we actually gave them names like, Elisabeth Thatcher, Cat Montgomery, and so on.  The Mafia became the Tolliver Gang!  Hearties fans will understand all this. 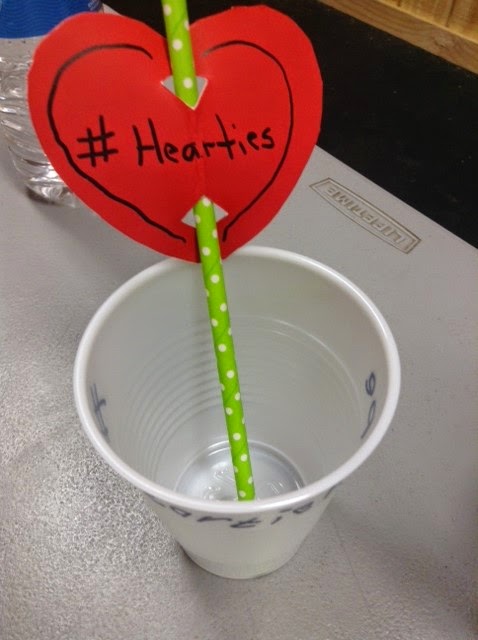 We had a lot of fun playing the new version of Mafia.  It did take a little getting used to, but it was really funny.   For the other games we did Miss Thatcher May I,  Thornton Says, and the Intelligence Test which was Musical Chairs! (you will only understand that if you've watched the series)!    For the cake we made a pound cake that we colored red.  After it was baked we used heart cookie cutters, and cut hearts out of slices of the pound cake.  Then we mixed up a chocolate cake.  We stuck the the hearts in the batter before baking, so there were hearts hidden in the cake that you only saw when it was sliced!!  We had some leftover cake batter, so we made some cupcakes with hearts in them too!


My sister was really surprised.  I hope you enjoyed finding out about our #HeartieParty that we did for our sister! See you next Saturday, At The Fence!