This is a little bit late today, but had to run some last minute errands for my little sister's fourteenth birthday party (on Friday, but we are celebrating tomorrow).  I want to share a really useful product today for not only runners, but anybody that works out/exercises.  Introducing...

Yep, just like it sounds!  You can use it as a sweat towel, a tissue (don't we all hate those runny noses while trying to get in our morning run!), a sweatband, etc.  I was sent two runningluvs - one black Luvs pink with pink stitch, and one 5K Luvs.  I used the first for my morning runs during training, and my sister (who also ran the 5K with me) decided that she got the other one! 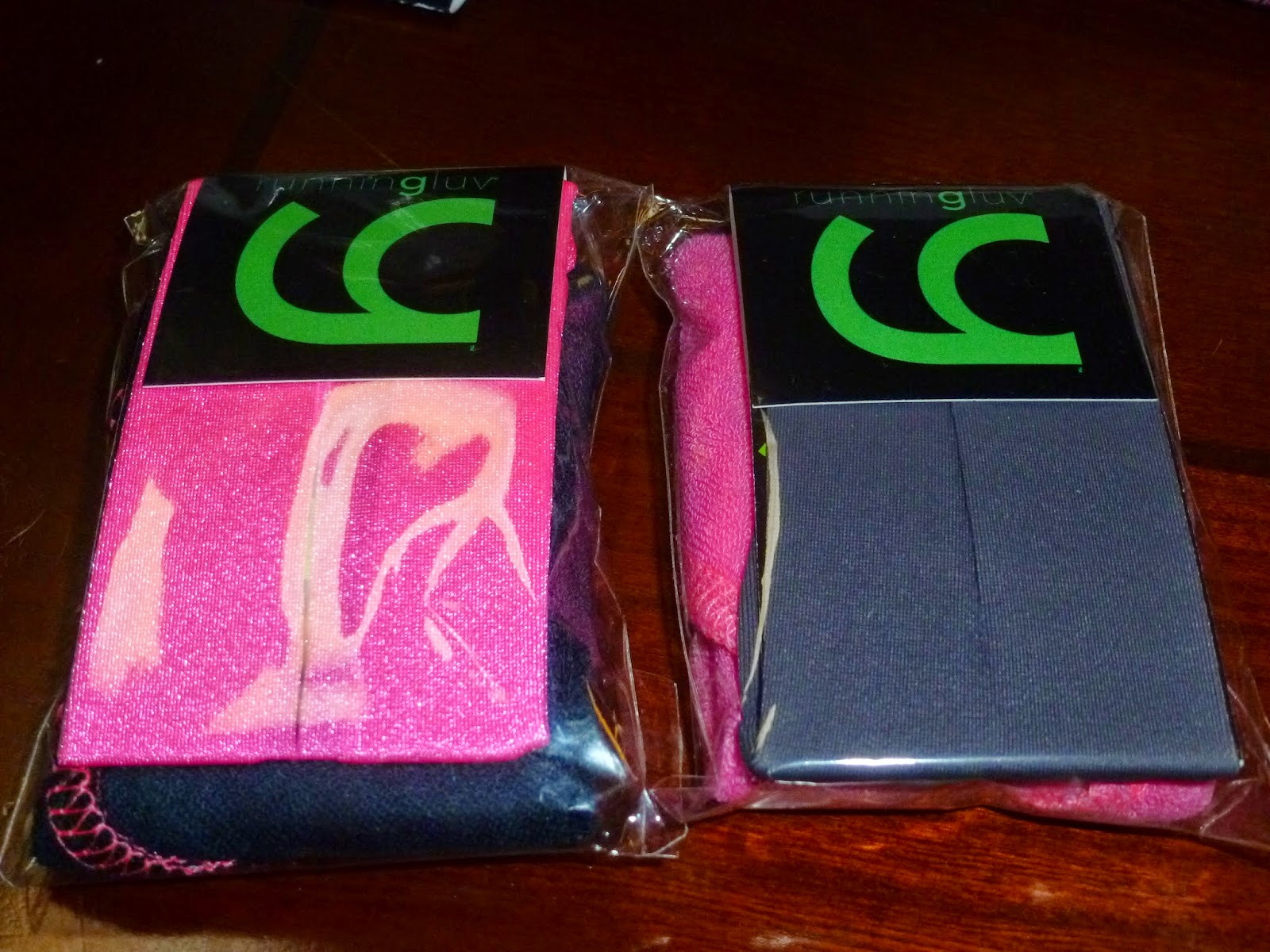 Here is a little bit about the founder of runningluv... "Runningluv™ was designed and developed by Danielle Aiken in an effort to create a hands free, drop resistant tissue to tackle her runny nose. Creating a product that she had quick access to without dropping it while she ran was her goal.  It started in 2011 when Danielle and her husband (best friend) of 17 years, Dwight, changed their lifestyle. Together, they began running as part of their attempt to lose weight and get healthy. Danielle often became very distracted with her runny nose that needed much more attention than a wipe on the sleeve. In addition, it became obvious that her runny nose wasn’t the only distraction. Sweat brought on a new list of concerns that needed to be addressed. It didn’t take long before Danielle created the first prototype to solve her snot and sweat problems. Quickly realizing that one product could be used to solve both her issues, Danielle began testing fabric samples and sewing her own running gloves. That is when the runningluv™ was born. Initially created for her own use, research of her situation proved that other runners had similar issues. At this point Danielle decided it was time to share the runningluv and its benefits with others. Danielle is proud to currently design, sew and distribute the product from her home in Nesbit, MS. Expanding her business and introducing the runningluv to other runners, athletes and sportsman nationwide are the hopes for the future as she travels to Health and Fitness Expos.  Danielle and Dwight continue to run, race and develop runningluv™ together. They have three amazing children that range from high school to pre-school age. So, if Danielle is not chasing her runny nose or tackling her sweat while running, then she is keeping up with the ones that make the LUV in runningluv™ worth it all." 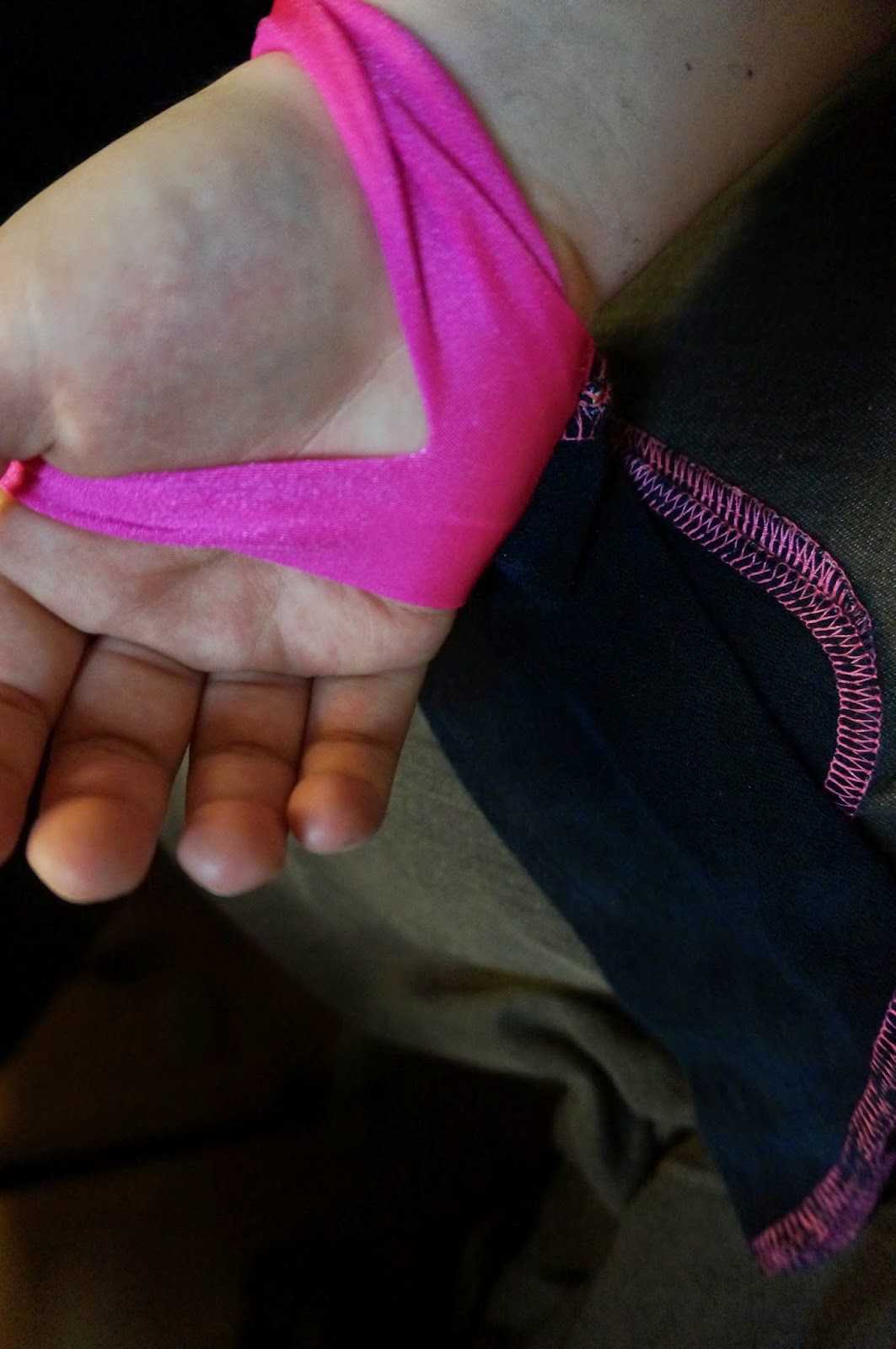 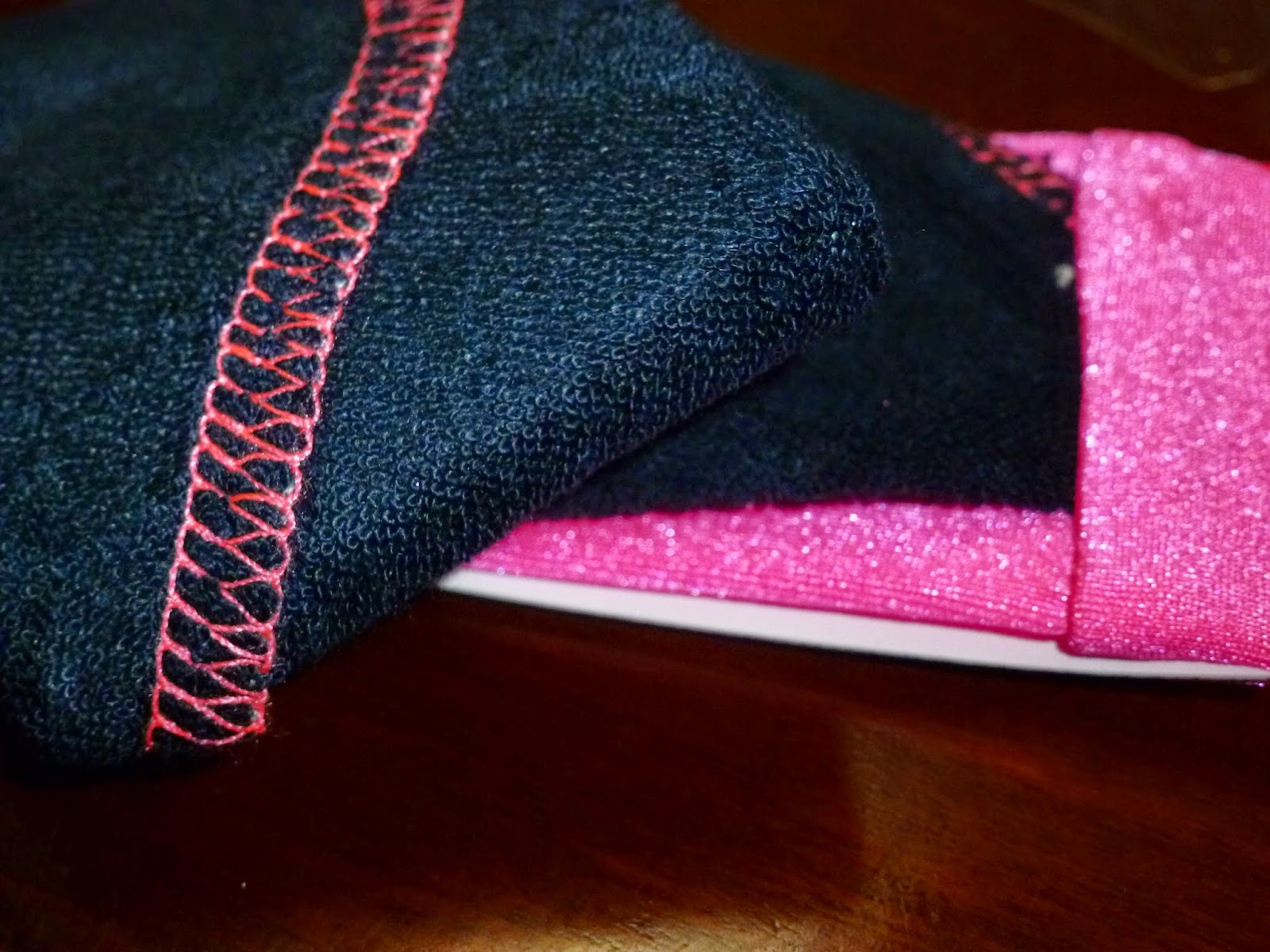 Wow, what a story!  I think all of us can agree that these are quite a problem sometimes.  I love the texture of these.  It is very soft (that used to be another problem - rubbing your nose raw!), but it also absorbs the sweat.  I LOVE it!

We used these in the 5K (you can see one each of our rights hands in the picture below), and they definitely helped.  Instead of having to slow down to use a tissue, try and wipe it on your sleeve but still being able to see where you're going, try a runningluv!

So, if you have this type of problem and just can't wait for the giveaway, head on over to the runningluv website and purchase your own!  You can also Like them on Facebook and Follow them on Twitter to stay up to date with their latest news.

1 Winner will receive 1 LUVS of their Choice!


I received no monetary compensating for this review.  I did receive two products for review purposes only.  All thoughts and opinions are mine, and all text in red is taken from the sponsor's website.