While in Pigeon Forge we had so moony things to do.  Along with NQC we also visited several of the Ripley's Attractions.  I already shared with you about the Aquarium in Gatlinburg, so now I would like to tell you about one of their Mini Golf courses.  They actually have two in the area, but I am going to tell you about Old MacDonald's. 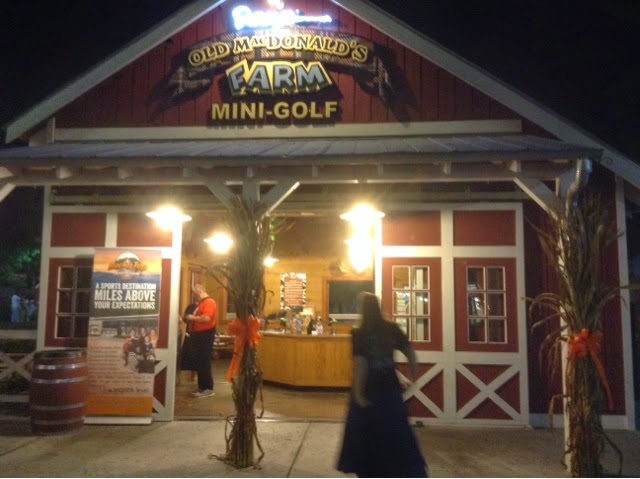 We decided around 9:00 pm that we wanted to try mini golf.  The closest course was the Old MacDonald's Farm.  We jumped in the vehicle and headed over.  After choosing the color ball we wanted we asked which course was the hardest.  Why start with an easy one?  Obviously by the name, you can tell the whole course is farm themed.  We started out on the Porky Putts course.  Mind you this was our last night there, so we were a little bit tired at this point. 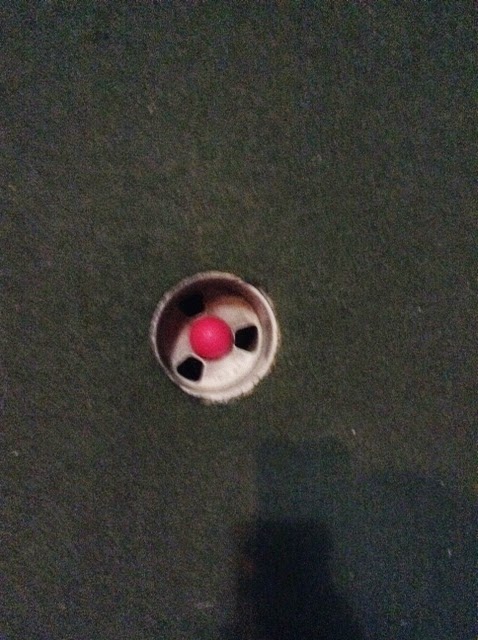 We started out fine, but the humor, and playing quickly went downhill.  My husband is a strictly by the book, play by the rules.  The girls and I were more out to just have fun, so we got a little bit silly at times. 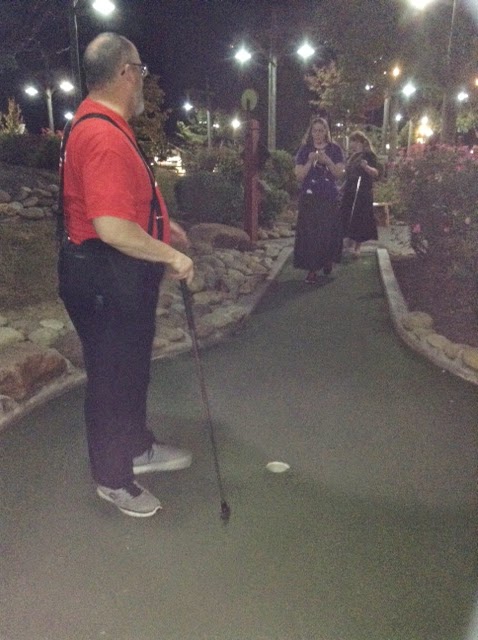 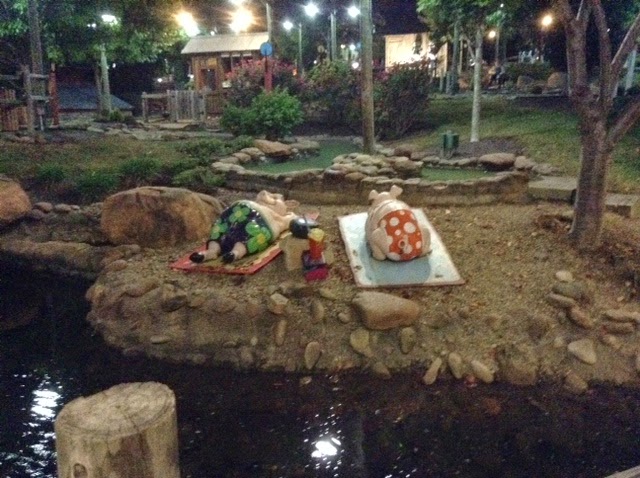 Each of the three courses has 18 holes.  The last hole being the same for all three.  After making it all the way to the end, you can win a free game if you can make the hole-in-one.  None of us did, although three of us managed a hole-in-one on other holes. 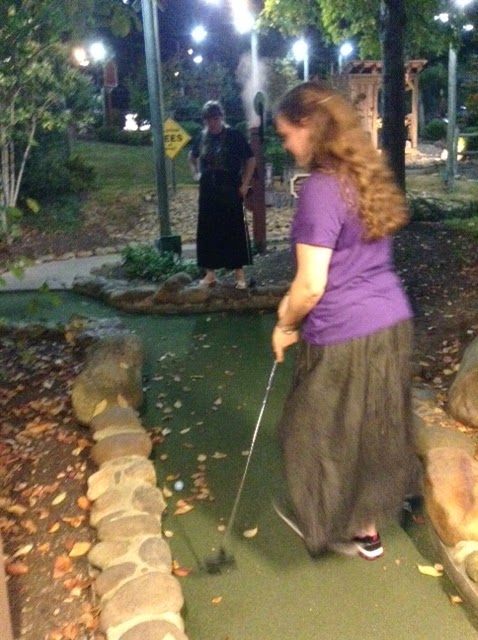 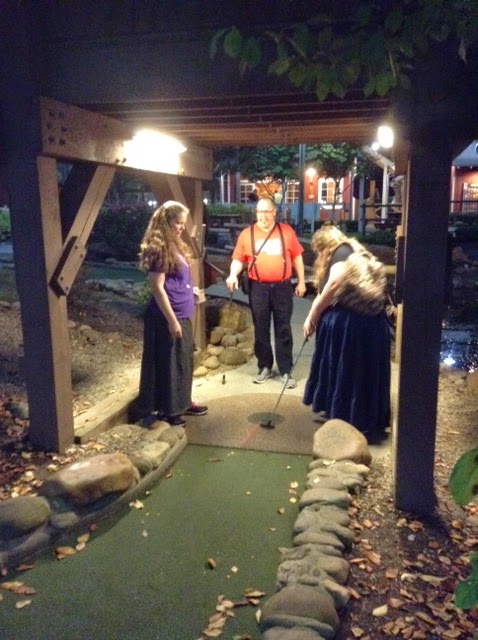 I think the funniest shot was one I made where my ball jumped out of the one we were on and almost made it into the previous hole.  Everyone thought it was hysterical and even though I had to start all over they still counted it as a stroke.  Fortunately they only allowed 6 strokes per hole, because on one I had 8.  Needless to say I tied for last place.  My daughter who won, made par and everyone else fell in between. 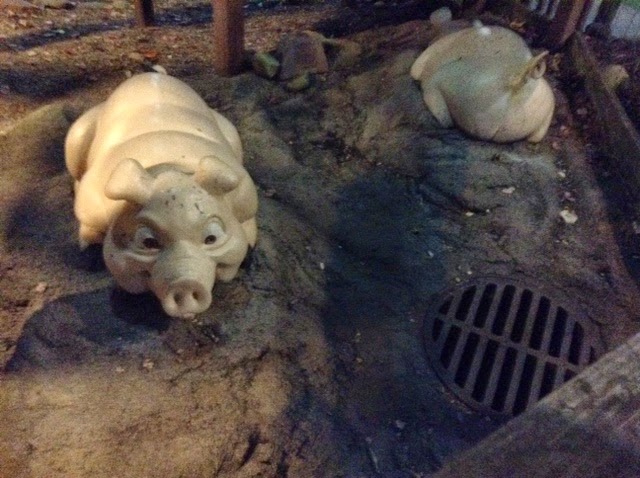 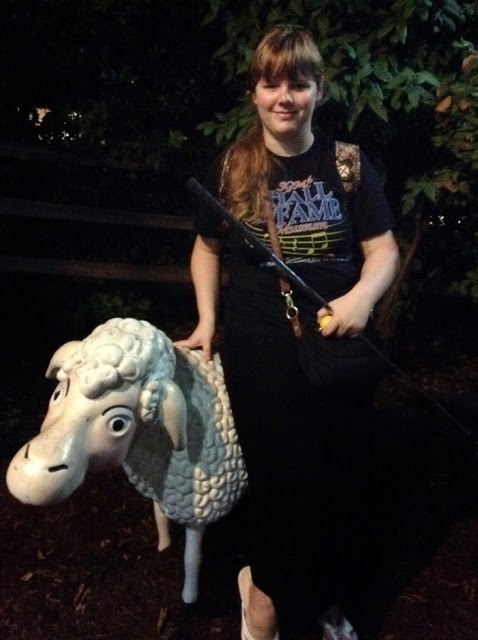 We had a great time and even spent a little time in their game room, where the girls challenged my husband to air hockey.  Modesty and Hope beat my husband and Mercy every game.  They were pretty pleased with themselves. 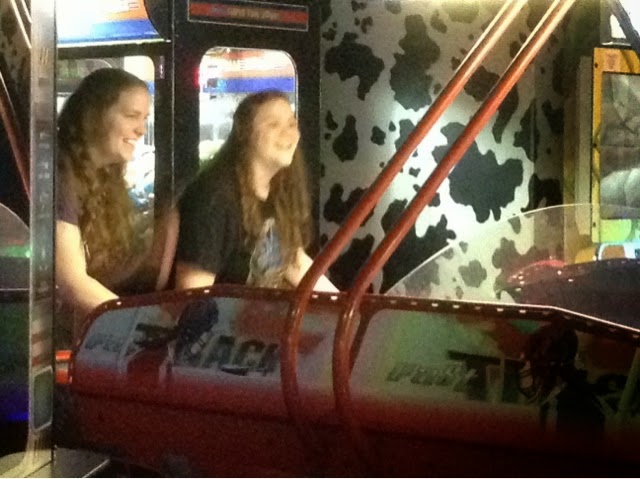 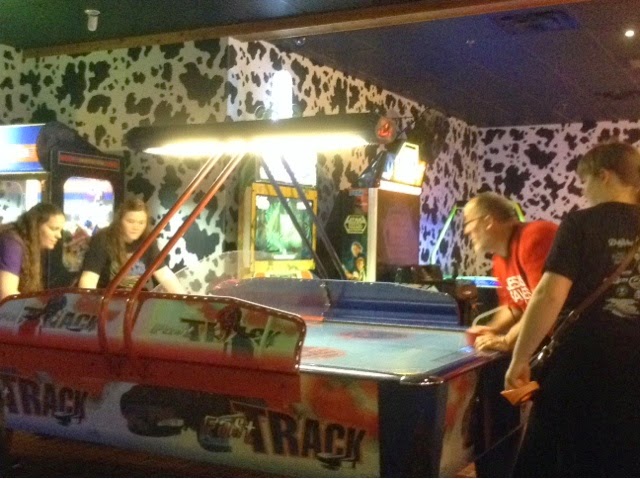 If you make it to Pigeon Forge and want some good, clean , family fun, try one of Ripley's two mini-golf courses.