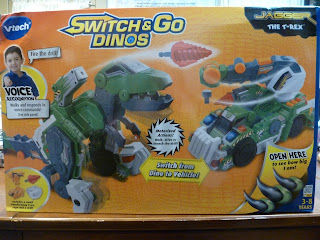 Although this is not part of our Back to School Event, this would definitely entertain the younger children while the older ones are having school.  These VTech dinosaurs are so entertaining!  Yes, even for slightly older children! 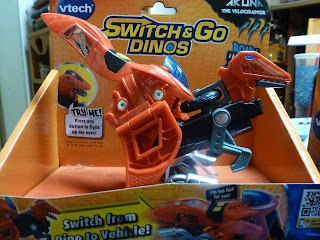 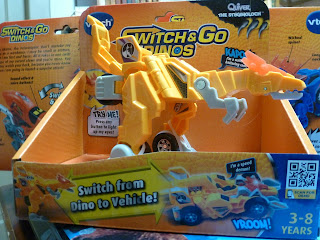 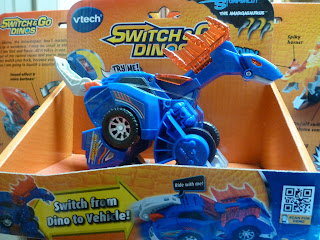 Of course when they arrived, the first thing everyone did was play with the smaller dinosaurs while they were still in their display boxes.  I think the Velociraptor was the favorite, but they were all played with!  We received Akuna, the Velociraptor, Quiver, the Stygimoloch and Stompsalot the Amargasaurus.  Now, not only do these dinosaurs have light and sound, but they switch from dino to vehicle.  Your child can have tons of fun changing them back and forth during play.  Recommended for ages 3-8. 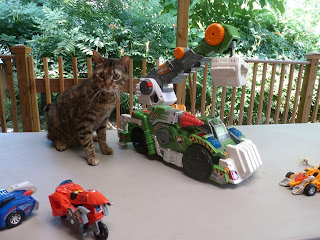 We also received Jagger the T-Rex.  This is one fun dino to play with.  I have to mention here, that at least in my house the dinosaur received a lot more attention than the vehicle. 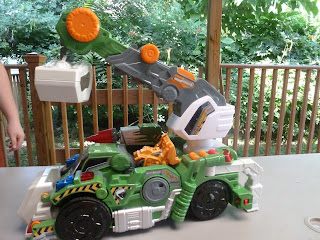 Jagger the T-Rex:
Jagger the T-Rex transforms from a construction crane to a Tyrannosaurus Rex in just a few simple steps. Combined with voice recognition technology, Jagger is one of the coolest Switch & Go Dinos yet! Jagger even recognizes and responds to specific voice commands. Say “Roar with me,” and hear him roar with his voice-activated motorized jaw. 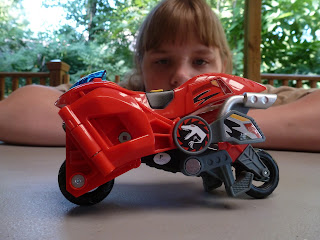 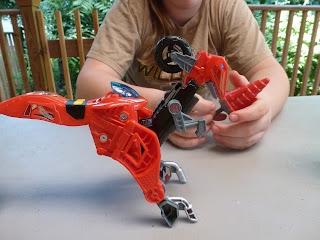 Quiver the Stygimoloch:
Blink and you just might miss him! Quiver transforms from a super speedy race car to a Stygimoloch! 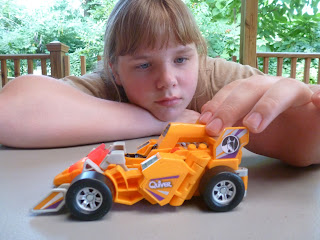 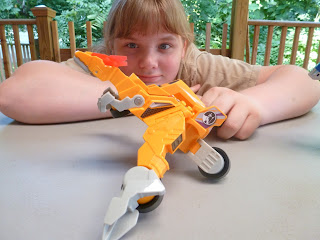 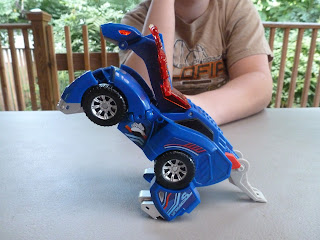 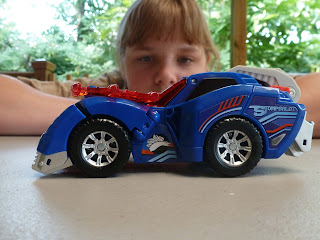 The three smaller dinosaurs are all fun to play with.  They can be changed back and forth depending on your child's imagination.  They can play in a land of dinosaurs, drive and play with vehicles, or do a combination of both!   Which would your child prefer?  Dino or vehicle?  You child can make them light up and speak (or make noise) at the touch of a button. 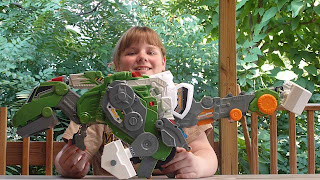 Jagger on the other hand will actually interact with your child.  Once again your child can choose to use jagger as a dino or a crane.  Pushing buttons will cause Jagger to light up, speak and produce sound, but there is more to Jagger than that.  You can command him to do things.  For example: Fire the drill, Make me laugh, move forward, etc.  He responds to voice commands both as a dino and a crane.  Fire the drill is a favorite command!  Jagger moves forward and backward, opens and closes his mouth, fires the drill and lights up, all of which make him a fun toy to play with. 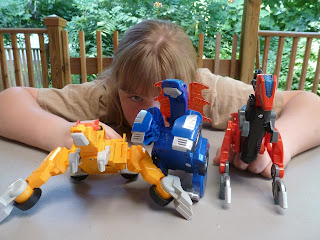 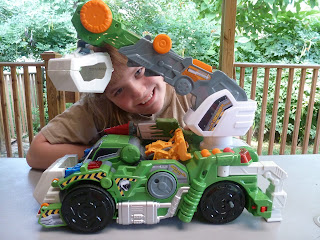 Be sure to get Social with VTech on Twitter HERE and on Facebook HERE.  Be sure to keep an eye out on their Facebook page for an upcoming contest!

One neighbor will receive a Gift Pack of the smaller VTech Switch and Go Dinos.  Enter and then share!

Disclosure:I received no monetary compensation for this post.  I did receive product for review purposes.  All quotes in red are taken from the sponsor's email or website.  All thoughts and opinions are my own.

Katherine Donovan said…
I think my grandson would love any of these! If I had to choose one for him it would be Velociraptor.
Thanks :)

Unknown said…
My granddaughter who is part tom boy would love this one Akuna the Velociraptor: she loves fast cars and motorcycles..
August 19, 2013 at 7:25 AM

April Yedinak said…
My kids would like Jagger the T-Rex.

Entered the rafflecopter as "Wild orchid"

Tabathia B said…
My daughter likes Stompsalot the Amargasaurus
August 25, 2013 at 10:04 PM

Unknown said…
This would be awesome for my almost 5 yr old! He's quite upset this year he can't go to school just yet. Misses the deadline by a week. Poor guy. but this would definitely brighten his day!
August 27, 2013 at 12:00 PM

Unknown said…
My daughter would love all of these but I think she would like Sir Stompsalot or Akuna!

Jessica said…
I think my nephew would enjoy Horns the Triceratops. Thank you for the wonderful giveaway!
August 29, 2013 at 8:11 PM

InTheKnowWithJoJo said…
Christian and Gavin would love the Jagger the T-Rex
August 30, 2013 at 12:32 AM