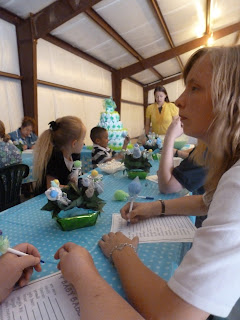 First let me tell you right up front, I do not enjoy games at showers.  I am one of those that would rather watch or just avoid them completely.  I tell you this before I say that I won 3 out of the six games at the baby shower.  I still don't like them, but let me tell you about a couple here and then later I will share a couple more. 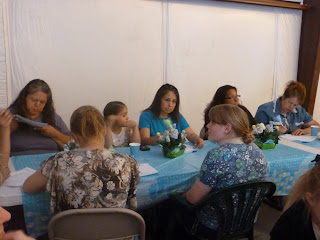 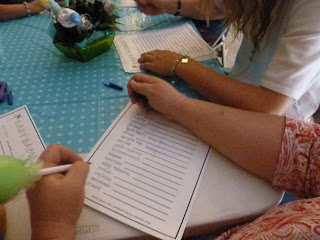 We started out with a Word Scramble.  All the words had to do with babies and their supplies, birth, etc.  The funniest thing that happened was I was handed the answers first instead of the scrambled words!  Yes, I was honest and turned them over. 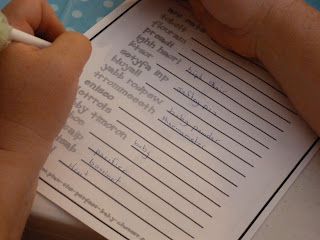 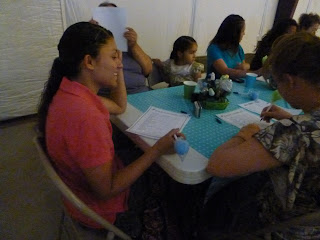 We were given a time limit of 2 minutes to unscramble as many words as possible.  Two of the ladies attending tied, so they had to choose a number between 1-10 to decide who actually won the game.

Another game we played was a little harder.  Everyone was given two clothes pins which they attached to their sleeve.  We were no longer able to cross our hands, arms, legs or even our feet.  If someone caught us doing one of them they could take a clothes pin from us.  We also were no longer allowed to say baby.  If someone caught us we had to forfeit a clothes pin.  The person with the most clothes pins at the end won!  I am telling you one woman was really good at this.  She sat with her hands as far apart as possible and watched everyone very closely.  She was the winner!  She had clothes pins all over her sleeve and pocket. 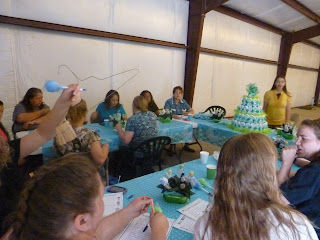 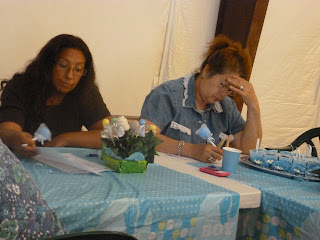 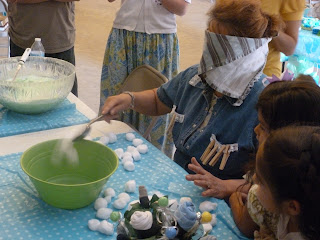 See all her clothes pins!  You might ask what she is doing, but I will reveal that in another post!  Be sure to stop back by for some more fun!