Do any of you have a story of when you needed to call a locksmith?  We have three different times.  Once in Florida, and once on the road.  Not a Boston Locksmith, we were further south. 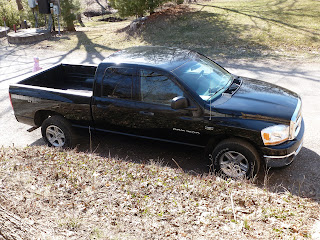 The first time we ever called a locksmith my husband was taking some college courses about an hour and a half away.  I was able to occasionally go over with him and sit in on the classes.  Anyway, this one morning I decided to go with him.  We loaded up, headed out, attended class and then on the way back, we stopped for gas.  This is when the trouble hit.  The keys were left in the ignition while we ran in to the store to grab a snack.  Somehow, one of us managed to lock the doors.  So, we tried a coat hanger to try to unlock the door, but the lock did not have a knob on the top, so we could not get a good grip on it.  My husband called a locksmith and they were going to send someone out.  During this time my mom had called and she wasn't too far away so she decided to stop by.  Imagine our surprise when she found a way to pop the trunk and then push the back seat in.  We were able to climb through and get the keys.  We were able to catch the locksmith before he left.

The next time we locked the keys in the car we were at a grocery store.  The funny part about this one was, before the locksmith could get there a man approached us in the parking lot and said we could pay him and he would get into the car for us.  After talking to him for a few minutes we found out he had just been released from the local prison.  Fortunately we didn't have to make a decision on this one because the locksmith appeared while we were still talking.  The locksmith was able to quickly get the door open.  We loaded in our groceries and went home.

The last time, I was not with my husband.  He ran out to the bank and locked the keys in our bus.  This is funny now, but was not at the time.  It was raining and he was at least 45 minutes away from the hotel we were staying in.  The boys wanted to jog over and help him, but he told them to wait and he would see what he could do.  Now, we had one window in the bus that you could remove from the outside, but even if he could get it opened, it was too high up for him to climb in.  He did ask one woman if she would allow her son to climb in and open the door and she just looked at him like he was nuts.  He saw a small hardware store and went and purchased a step stool.  Using the stool, he was able to open the window and then climb in.  He arrived back at the hotel, wet but happy!

Have a story to share?  I am sure there are others who have been locked out of their vehicle or maybe you were locked out of your home.  Tell us about it!  See you soon At the Fence!