Have You Had Any Plumbing Problems This Winter?

Have you had any plumbing problems this winter?  We have had some minor outside ones.  Right before winter set in we unhooked all the hoses to the sprinklers up front.  Then we drained all the hoses.  We left them in place, but they were drained and dried out before the first freeze ever hit.  We covered most exposed pipes.  So there were no problems there.

The problems began with the first freeze when we went to water the dogs, rabbits and to clean the kennels.  No water!  That was a problem.  How do you hose out kennels without water?  Well, we decided we would just not use the smaller kennels.  We used a push broom and cleaned them the best we could and when we had a nice day and actually had water we went ahead and cleaned them and then didn't use them much the rest of the winter. 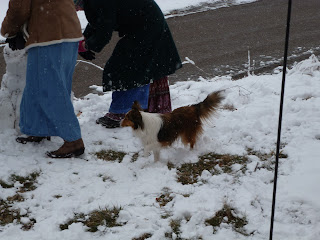 The rabbits were a little easier to solve, but it took more work.  We purchased extra water bottles and twice a day went out and made sure they had not frozen.  If they did freeze, we quickly replaced them with a bottle from inside and then brought the frozen one in to defrost.  We did lose a few bottles that cracked in the cold and we had to replace them, but at least they had water all winter long.  They are in a shed, so it is protected from the wind and stays a little warmer than outside.  We are going to try to figure out a better solution for next year.  I am not sure what, but I am open to suggestions. 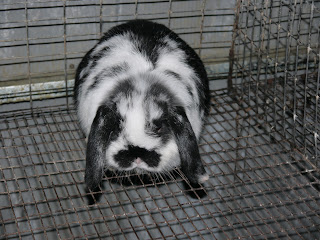 The only other problem we had was the first part of the winter we left a four spigot connector attached to our outside spigot where we water the dogs.  unfortunately the temperature dropped enough that it froze and cracked.  We had to remove it, not fun in the cold winter wind, and we will replace it if we ever experience spring here.

At least none of the pipes burst.  I think we are going to lay some underground pipes out to the shed and kennels, but I am not sure if they will work over the winter or if they will still freeze.  Any of my neighbors have a solution?  What sort of precautions do you take for your pipes for winter?

Thanks again for stopping by At the Fence!  I look forward to seeing you soon.

Unknown said…
I would like to thank you for this great information which is very useful for me for getting knowledge our organization.