How is everyone?  I have another fantastic product to share with my neighbors.  MOUTH MAN!  Mouth Man is the Original in Animated Apparel!  we chose the bear!  Remember, bears are my mom's favorites! You could have quite a bit of fun if several people had one! 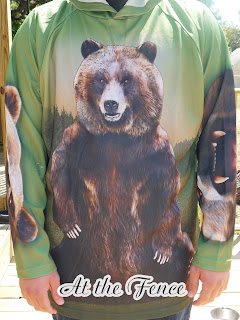 Here is how Mouth Man got started... "The Concept......  One day, on a short break from touring, Ross was visiting friends in Arizona, sipping coffee and "just hanging out" ... as his friend's kids were tearing around the house doing something they referred to as the "JAWS"... According to Ross, the kids were running through the house in a single line..arms crossed one over the other , elbows splayed out in front, and opening and closing in a chopping fashion... and making monster noises.  He thought it was cute, and didnt think much else of it..... until another day...  some 20 years later, when that very memory just arbitrarily "popped" into his head... Ross "hugged himself" in the same fashion those kids did years ago, and thought..."hmmmm, it would be cool if there was a shirt with a graphic on the sleeves that would form a face with a mouth that would open and close when you put your arms together!"  That was the lightbulb moment for Ross Valory! 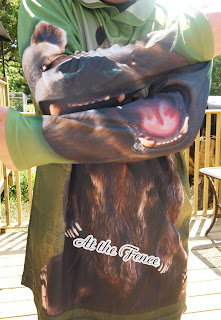 These are really fun!   The way they look when you cross your arms is so interesting, and they would make a great gift.  Anybody would love to have a Mouth Man shirt.  Children and adults alike!  The children hoodies ($29.99) are available with a Raptor, T-Rex, Shark, Frog, Cobra, Gator, Tiger, Orca Whale, XOXO Heart, Skeleton, Dragon, Dolphin, Sock Monkey, Bear, Triceratops, and Lady Bug.  The Adult hoodies ($39.99) have a few less choices. Be sure to visit their website and see for yourself!  Not sure which one to choose?  Give a gift certificate to Mouth Man. 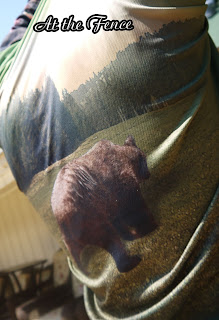 Seriously, take a look at the Mouth Man shirt.  My little sister put the shirt on and even though it was big on her she thought it was alot of fun!  Even the back of the shirt looks nice.  We used my brother for the actual pictures! 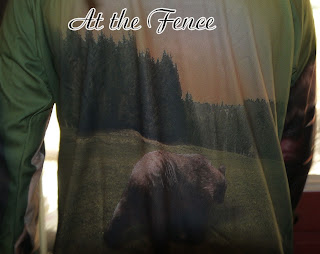 One Neighbor will receive one Mouth Man hoodie in their choice of style/design and size!

Darlene said…
I like the
XOXO Heart Hoodie Shirt

Unknown said…
I would pick the kid's Raptor Hoodie for my son.

Anonymous said…
I like the Adult XOXO Heart Hoodie Shirt

Anonymous said…
i would choose the Adult Shark Hoodie

Robin T said…
I would go with the T-Rex

ashley said…
I'd love to win the children's t-rex hoodie for my son!

Karen said…
I like the adult raptor hoodie. Thanks for the gieaway.

tracey said…
my son like the t rex
thanks
rochelle johnson
traceyj40@sbcglobal.net
August 4, 2012 at 7:57 PM

The Busy Mom said…
I would choose the Child XOXO Heart Hoodie Shirt. Thank you for the lovely giveaway!
Erin E
busymom369 at gmail dot com
August 4, 2012 at 10:23 PM

Cweller75 said…
I would choose either the Tiger or the Child XOXO Heart Hoodie Shirt for my daughter.

Unknown said…
I like the Kids Frog Hoodie
schueler.jessica@yahoo.com
August 5, 2012 at 1:05 PM

susansmoaks said…
i like the kid's shark hoodie
susansmoaks at gmail dot com
August 5, 2012 at 2:36 PM

Unknown said…
I would choose the Adult Shark Hoodie. garrettsambo@aol.com
August 5, 2012 at 8:26 PM

jade tallen said…
i would choose either the Shark Adult or Orca Whale! realworldpeace101@yahoo.com
August 5, 2012 at 9:38 PM